Back in June 2017, wireless mapping coverage company OpenSignal reported that Canada ranked 13th in the world for average LTE speeds.

While it’s currently unclear where Canada now places in the early months of 2018, OpenSignal is reporting that Canadian carriers have since significantly increased their LTE speeds and offer broader access to LTE connections.

As part of its ‘State of Mobile Networks: Canada‘ report, OpenSignal examined more than 405 million mobile measurements across 20,474 devices from October 1st to December 31st, 2017.

The firm found that while the three major carriers in Canada — Bell, Rogers and Telus — have all greatly increased their LTE service offerings, it is Telus that is now the lead operator when it comes to LTE speeds.

For context, OpenSignal says this Bell and Telus were evenly matched a year ago in its 4G speed metric, but no longer. According to OpenSignal, Telus now ranks first in LTE speeds with a download average of 44.5 Mbps, which also makes it one of the overall fastest operators in the world.

Meanwhile, Bell and Rogers also demonstrated fast network speeds. OpenSignal reports that Bell averaged 4G download speeds of 35.4 Mbps, while the tested average for Rogers was 27.6 Mbps — both above the global 4G average of 16.6 Mbps.

OpenSignal reports that Bell’s LTE speed score increased 25 percent in the past 12 months, while Rogers’ remained roughly the same. 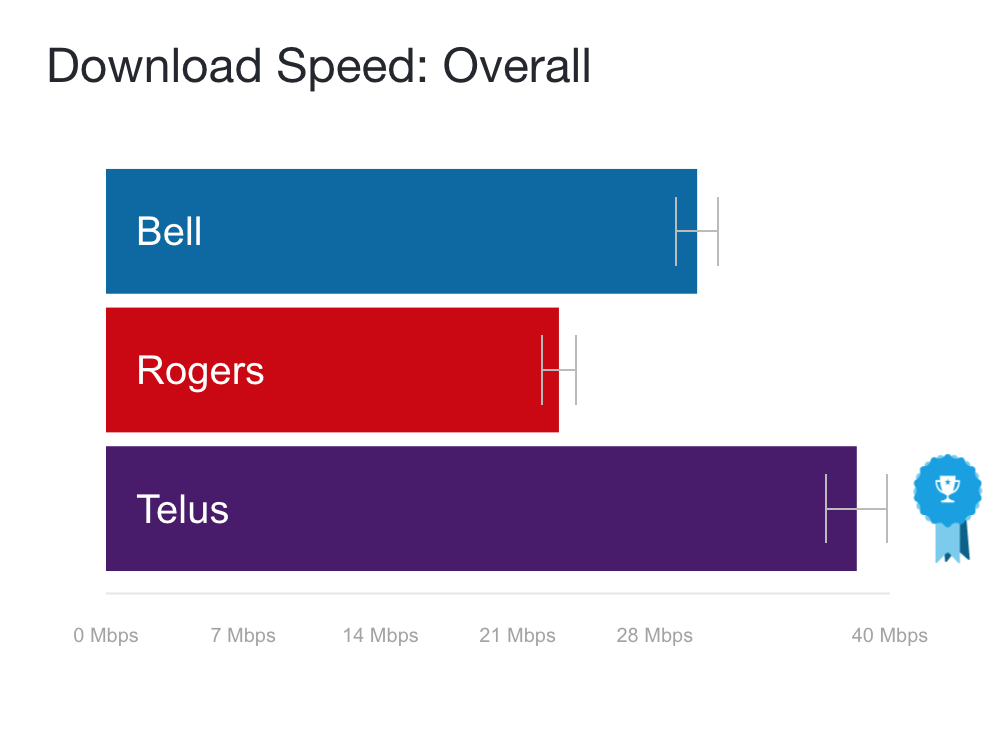 As a whole, OpenSignal says Bell, Rogers and Telus all came in at a three-way tie in its availability metric, with each carrier finding a 4G signal more than 86 percent of the time.

OpenSignal says this has helped Canada become one of the fastest 4G countries in the world and is on track to cross a 90 percent nationwide 4G availability threshold.

Because of the strong network improvements and performances, OpenSignal’s report concludes that Canada is well-prepared for when 5G connectivity is finally introduced.

“It will take years before those first 5G services become available, but the foundations of 5G will be laid on the 4G infrastructure being built now,” OpenSignal writes in its report. “There’s no question Canada is a global 4G superpower today. That likely means there are few other countries better prepared than Canada to deploy the 5G networks of the future.”

OpenSignal says Canadians wishing to test their networks and contribute to its reports can do using its Android and iOS app.