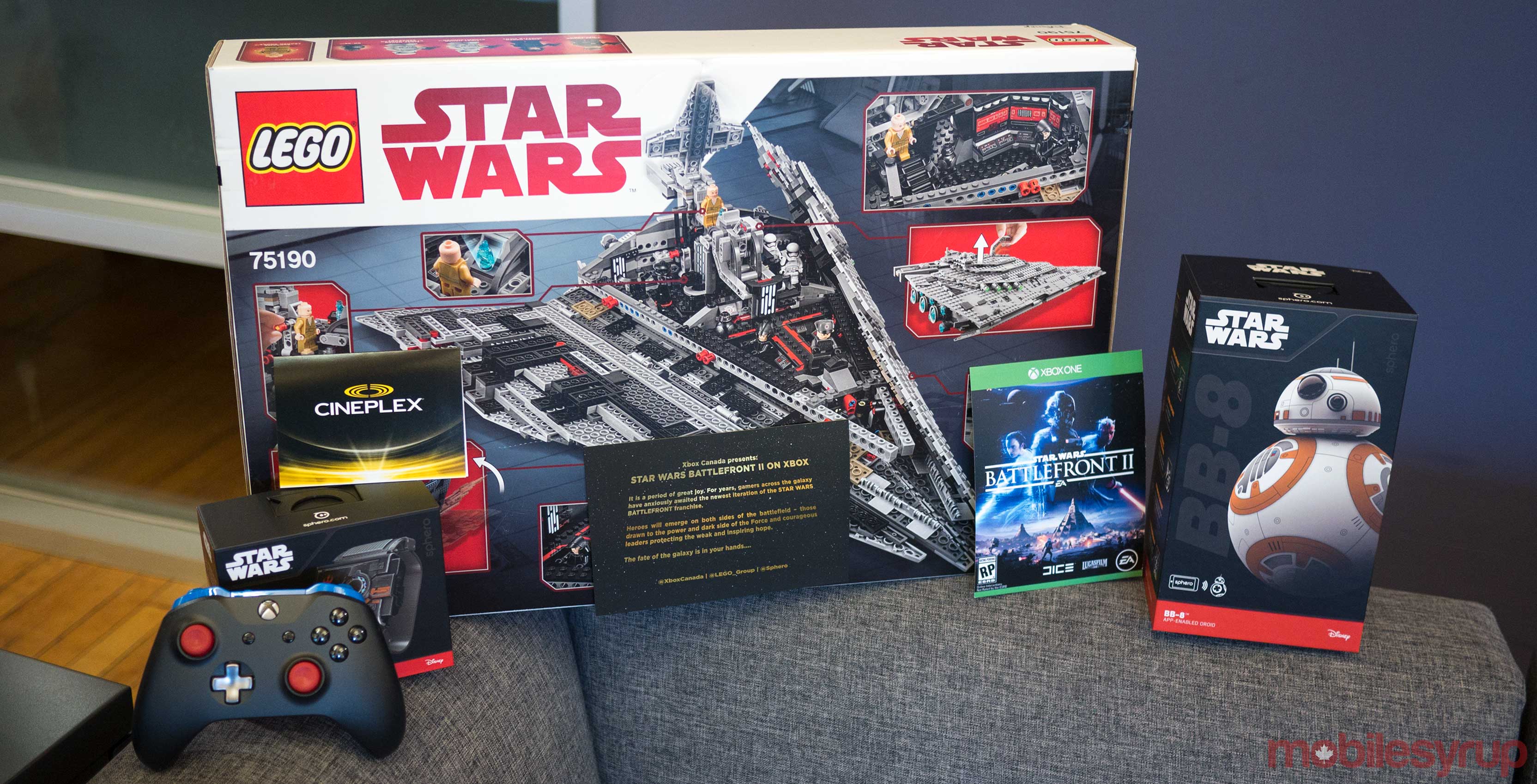 Update: We have a winner! We are pleased to announce that @seanlanglands has taken home this Ultimate Star Wars prize pack! Congrats Sean!

The package includes items like a premium Lego Star Wars set, a BB-8 smartphone-controlled toy made by Sphero, along with a Star Wars Force Band, a 1-year subscription to Xbox Live, a custom Design Lab Xbox One controller, and many other items.

Enter now for your chance to win the prize pack below!