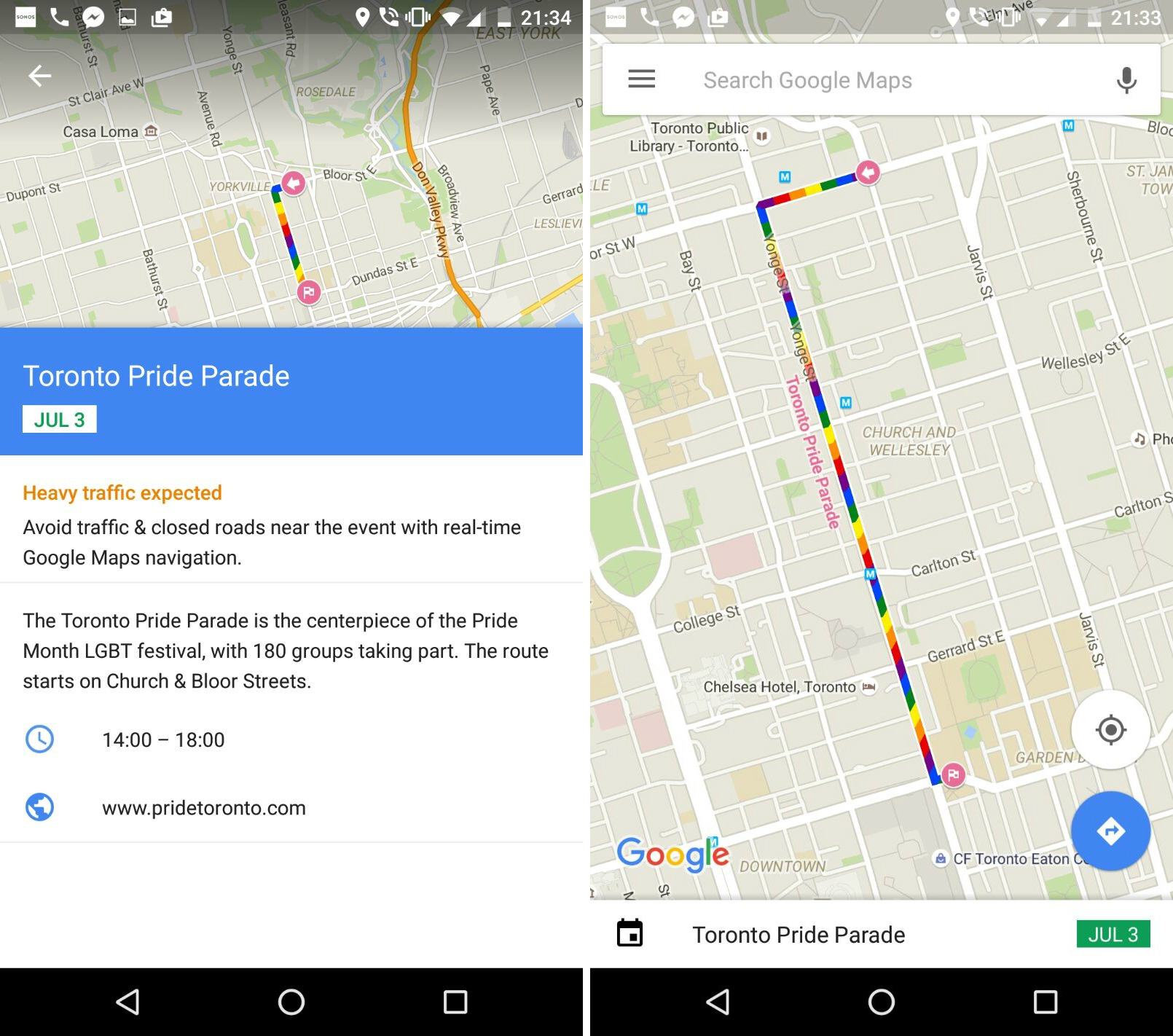 As part of a brand new global initiative to map pride festivities, Google has chosen Toronto as one of 16 major cities across the world to prominently feature the annual pride parade route on Google Maps.

The update for both Android and iOS devices will arrive on July 2, the day of the parade, and will highlight the route in festive rainbow stripes.

Additionally, for drivers trying to avoid traffic caused by the parade, road closures and detours will be visible on the map, and the app will automatically re-route vehicles to avoid congestion and roadblocks.

A spokesperson for the company told MobileSyrup that this update is part of a larger ambition by Maps to offer real-time updates and play a part in large cultural events.

“This is all about Google’s mandate bring temporal events to life and provide people with the most up-to-date, accurate, and useful information, so they can make the best decision on where to go,” stated the company’s representative.