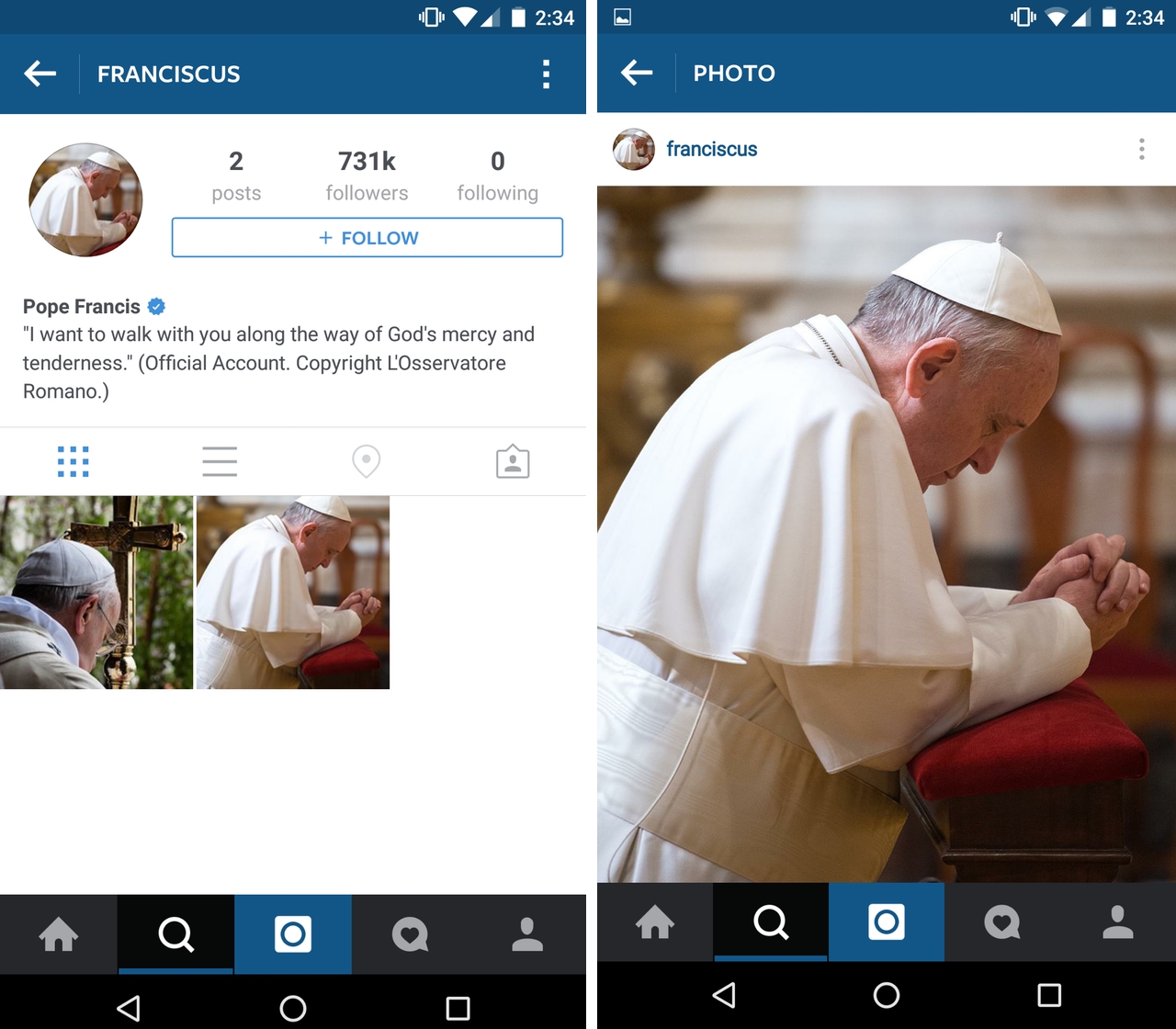 Pope Francis, the illest pontifex to ever sit on the Chair of Saint Peter, has joined Instagram.

On Saturday morning, the leader of the Catholic faith claimed the handle @francisus and posted his first image to the photo sharing service — a shot of the him praying, captioned “Pray for me”. He joins the more than 400-million users already on Instagram, and just in time to see the platform switch over to an algorithmic timeline.

In his first hour on the platform, the pope picked up 10,000 follower; as of the writing of this piece, he has garnered 700k followers.

Those hoping to see Francis post selfies and shots of his meals will be disappointed. The Pope’s profile reads, “I want to walk with you along the way of God’s mercy and tenderness,” which is to say we probably won’t see his Holiness let loose anytime soon.

That said, all hope is not lost; as The Verge points, Pope Francis is actually no stranger to selfies. In 2013, Francis took the first known Papal selfie.