Focus is the new content blocker from Firefox-maker Mozilla 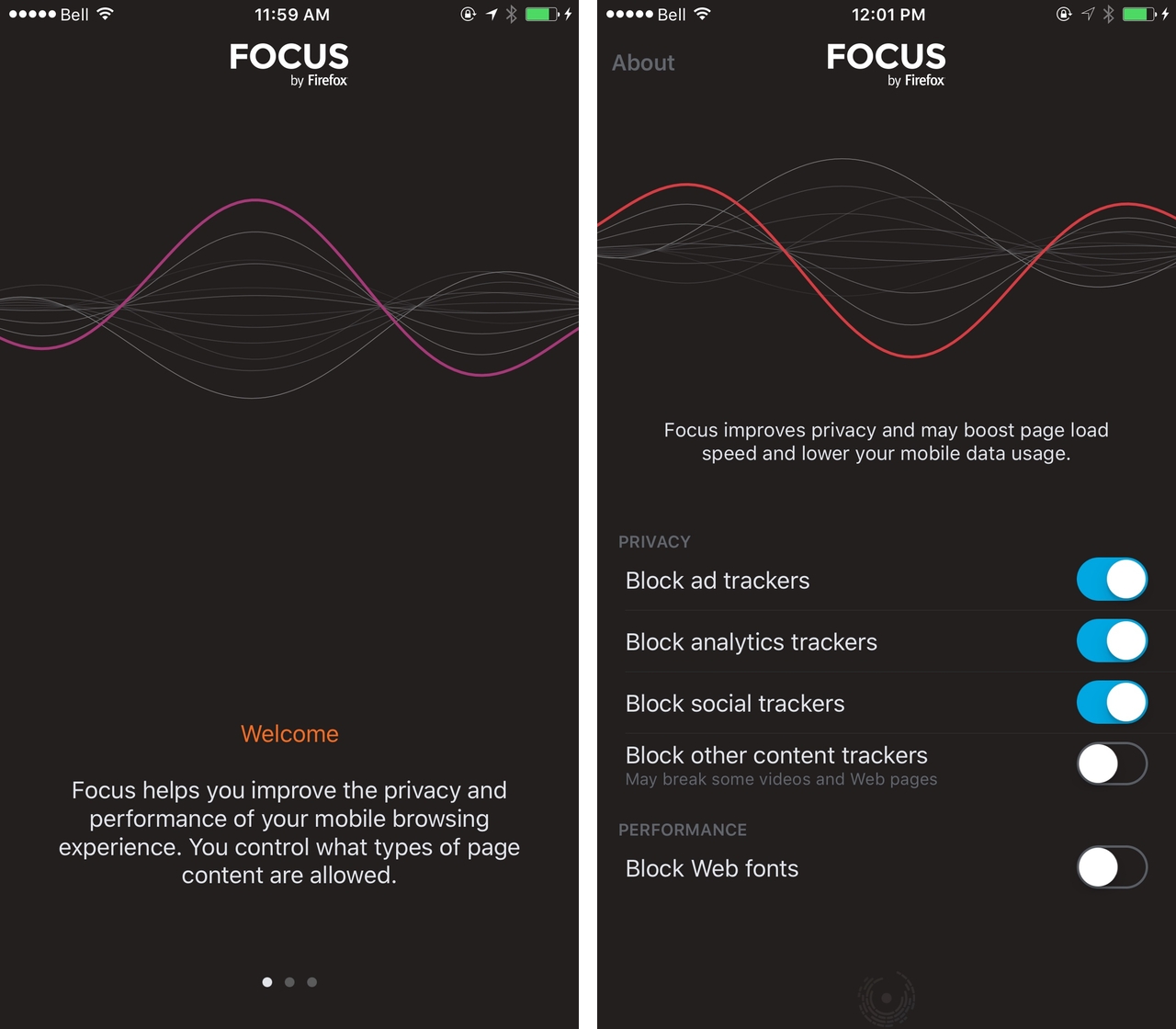 In a surprise announcement, Firefox-maker Mozilla has become the latest development house to release a content blocker on the iTunes App Store.

Like other such apps available on the iPhone and iPad, getting Focus up and running is a straightforward affair. After downloading the launching app, the user selects what type of content they want Focus to block. Afterwards, they can effectively forget about the app as it goes about its job.

However, unlike something like Crystal, Focus is less about blocking ads and more about stopping publishers from collecting your data. It’s also free to download for the user, and, unlike some of the sketchier content blocking apps on the App Store, Mozilla does not maintain a whitelist publishers pay to circumvent. In fact, the app’s whitelist is maintained by Disconnect, a company that makes its list publicly available to the public.

“We made Focus by Firefox because we believe content blockers need to be transparent with publishers and other content providers about how lists are created and maintained, rather than placing certain content in a permanent penalty box,” said Denelle Dixon-Thayer, Mozilla’s chief legal and business officer, in the blog post announcing the app. “We want this product to encourage a discussion about users and content providers, instead of monetizing users’ mistrust and pulling value out of the Web ecosystem.”

Download Focus from the iTunes App Store. The app does not currently Firefox, a fact Mozilla says it’s working on fixing.