Android’s battery tracker will be more transparent with Marshmallow 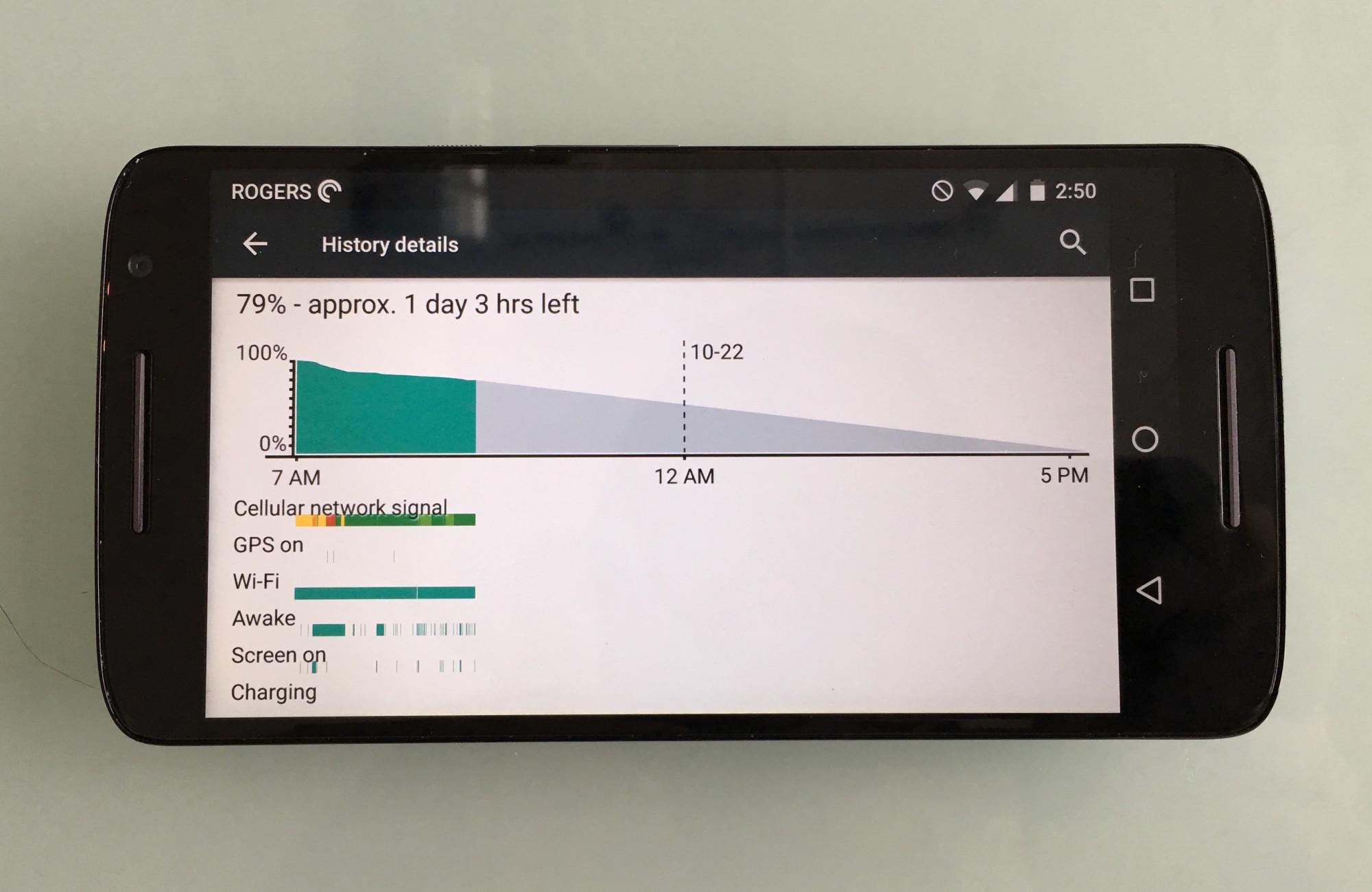 It turns out better battery life management is not the only improvement Android Marshmallow adds when it comes to device battery life. While it has received none of the attention Marshmallow’s new Doze feature has, Google has added some things that will be appreciated by anyone that buys a Marshmallow Android device from a third-party OEM.

In the past, a variety of Android OEMs had battery trackers that were often not helpful to users. HTC phones, for example, have been known for obscuring the effect screen-on time has on their battery life.

With Marshmallow, however, Google hopes to change that. In an update to the Android Compatibility Definition Document, a 74 page PDF that breakdowns all the requirements Android OEMs need to meet to have their devices certified by Google, the company lays out stricter guidelines for how Android phones must track battery usage.

Going forward, OEMs will need to provide a per-component breakdown of battery drain, as well as give an approximate estimate of how much each of those components drains a device’s battery over time. Moreover, they’ll be required to report all of that information using a standardized unit of measure — in this case, milliampere hours (mAh).

Besides the fact that transparency is great in so many contexts, Google reasons these new requirements will have one other main benefit. “A more accurate accounting and reporting of power consumption provides the app developer both the incentives and the tools to optimize the power usage pattern of the application,” says CDD. In other words, the company hopes this move will lead to more efficient apps — something we can all appreciate.

Digging through the Android Compatibility Definition Document has already revealed a couple of interesting things to look forward to with Marshmallow. Earlier in the week, Android Police spotted that Android OEMs will be required to support full-disk encryption on all Android 6.0+ devices.