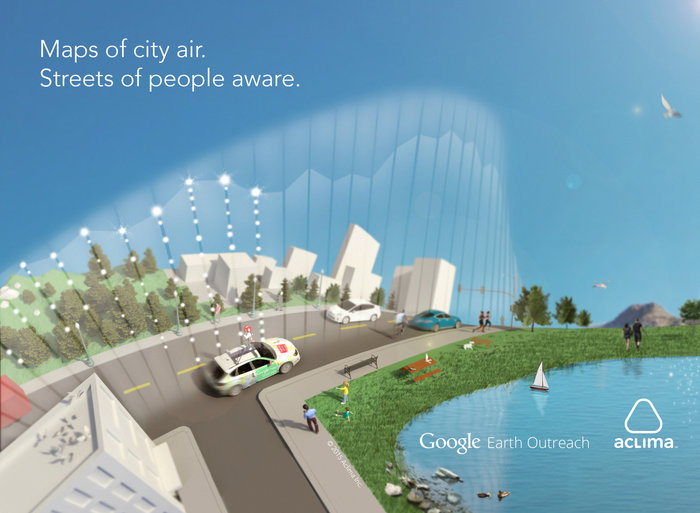 Google Maps may soon include valuable information on air quality and pollution levels thanks to a new partnership between Google and Aclima, a San Francisco-based company that creates environmental sensor suites.

The two companies announced that they’re working together to equip Google’s Street View cars with a new sensor suite that can measure air quality and pollution. According to Aclima, its sensors are able to pick up and measure of variety of compounds, including carbon dioxide, nitrogen dioxide, carbon monoxide, methane and volatile organic compounds like formaldehyde.

Last year, Google, with the help of the United States Environmental Agency and NASA, added and tested Aclima’s sensor suite to three of its vehicles. The cars were then tasked with mapping the air quality of the Denver metropolitan area, and, according to Engadget, in just a month of driving around, the cars accrued 750 hours on the road, and collected more than 150-million data points.

Google is expected to initially add this information to its Maps platform, allowing people, for instance, to see the air quality in their local neighbourhood.

Additionally, in September, climate scientists from San Francisco will start to design new systems that make use of the information Google has gathered.

So while the world may be past the point of no return when it comes to catastrophic climate change, at least we’ll have a lot of data on just how bad it is, right?