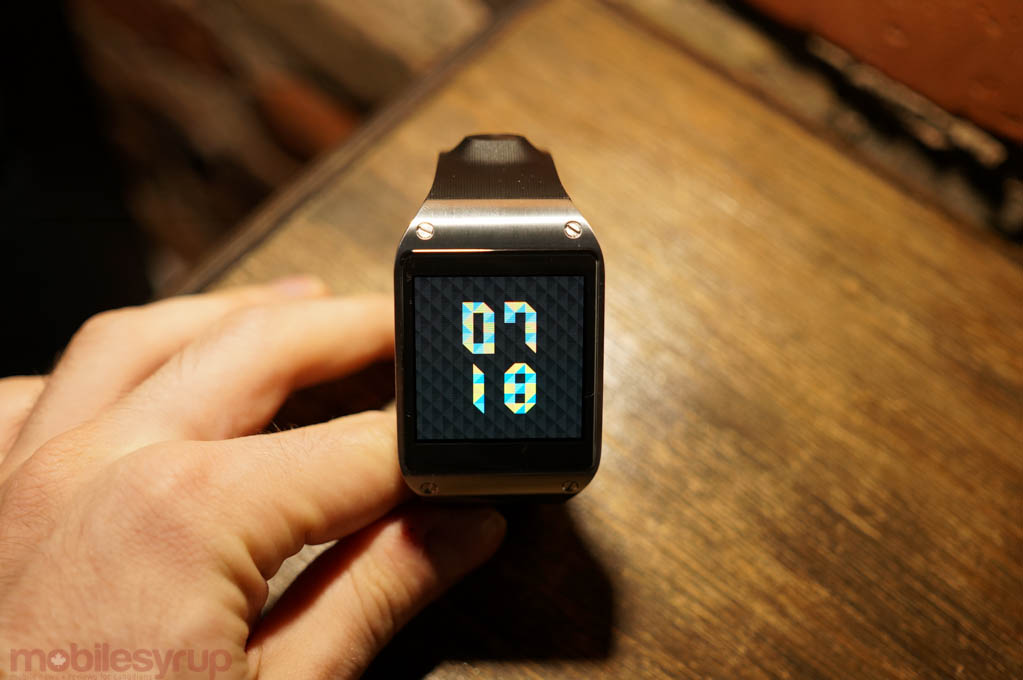 Samsung is well on its way to creating a wearables platform that does more than just mirror notifications from a smartphone. But in the meantime, the company’s first smartwatch, released merely nine months ago, is set to undergo a transformation — even if most users won’t realize anything has changed.

We reported a few weeks back that Samsung was to issue an update for the Galaxy Gear that would replace its Android firmware for Tizen, the company’s homegrown mobile OS. This is the same software that powers the Gear 2 and Gear 2 Neo, which led to a boost in battery life and performance.

The update also adds a standalone music player so users can store tunes locally on the 4GB of internal storage. On the other hand, the update will cause many third party apps build on the Galaxy Gear’s Android-based SDK to stop working, so if you’re reliant on one or many you may want to hold off until a Tizen-built equivalent.

Update June 11th: We’ve just received word from Samsung Canada that the Android-to-Tizen rollout has begun for Galaxy Gear. The company notes that the upgrade will be available over KIES, Samsung’s desktop-based software, and will provide the following improvements:

For instructions on how to upgrade your smartwatch to Tizen, head to Samsung’s upgrade page.