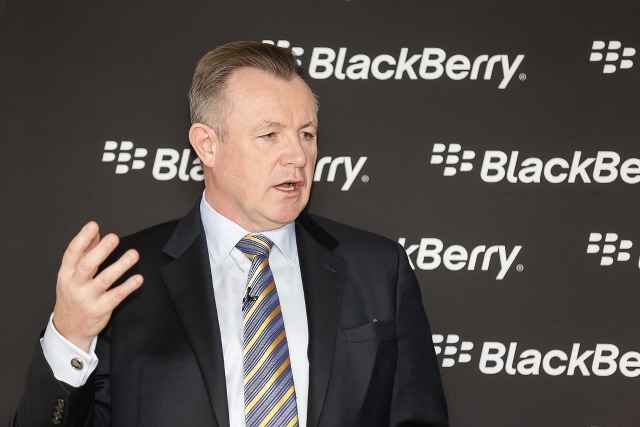 “Everyone’s got some great slides [on IoT] but QNX is out there doing real things.” These bold words were spoken by John Sims, BlackBerry’s new President of Global Enterprise Services at an event for customers a few weeks ago. During his presentation and in follow-up with press, Sims continuously emphasized the importance of the Internet of Things in BlackBerry’s go-forward strategy, stating that “there’s no confusion on our part on QNX and what the IoT cloud is worth.”

But while BlackBerry through Sims was admittedly talking about IoT more than ever before, the company wasn’t actually saying much in detail. QNX might be “doing real things” and BlackBerry might be focused on “services enabled in the cloud than just standalone apps”, but what those services looked like were still a mystery.

Today, at the O’Reilly Solid Conference, BlackBerry peeled back a bit of the curtain with the announcement of Project Ion, the umbrella codename for the company’s IoT initiatives. 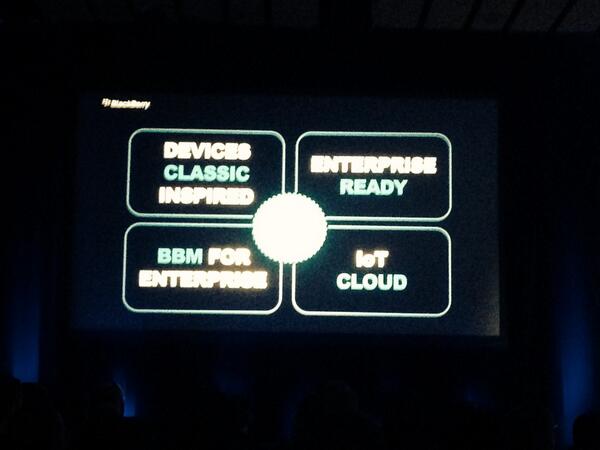 BlackBerry says that Project Ion is the cornerstone of its “vision to offer end-to-end solutions for the Internet of Things.” What this cornerstone entails in specific is a portfolio of resources and partnerships designed to put BlackBerry at the centre of the burgeoning IoT economy, including a secure public application platform to run IoT applications powered by QNX and BlackBerry’s EMM (enterprise mobility management) solution (i.e. BES12), and membership in the Industrial Internet Consortium (IIC), which focuses on promoting standards-based connected technologies. BlackBerry is expecting to release its secure IoT platform in February of 2015.

BlackBerry also indicated that select partners and developers will soon have early access to the product component of Project Ion, while those interested can sign up to participate in the product beta this fall.

Project Ion is a strong first step for a company that says its broad strategy is to “connect the world securely,” but the codename, early private betas, and lack of specific product information indicate that its currently more a statement of intent rather than something tangible. In a candid moment to press at the BlackBerry event a few weeks back, Sims admitted that the company was making a lot of announcements earlier than he would normally prefer, and it would be up to them to “execute” on those announcements. The BlackBerry prior to Sims’ arrival had a bad habit of over-promising and under-delivering that almost brought the company to ruin; here’s hoping this time there really are “real things” behind the curtain.

Disclosure: I used to work for BlackBerry from 2009-2011, back when the Internet of Things was just a glint in the regular Internet’s eyes.