Bell lays out plan to shutter its CDMA network by January 1st, 2017 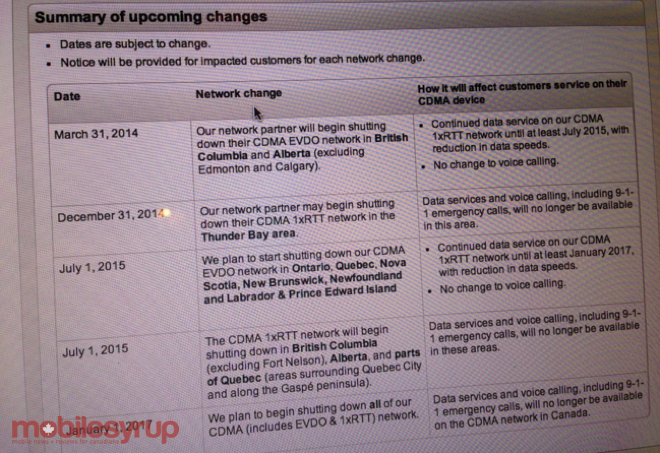 Following TELUS, Bell will begin shutting down its CDMA network.

There is no word on how many CDMA customers Bell currently has on its CDMA network, but a couple of years back during an interview a spokesperson noted there were over over 2 million active CDMA subs. That number has surely declined precipitously since then, but there are likely several thousand still running on the older technology.

January 1st, 2017 is the selected date when Bell is aiming to shut down all of its CDMA sites. Over the next couple of years, customers will be transitioned off CDMA and onto Bell’s faster HSPA/LTE networks.