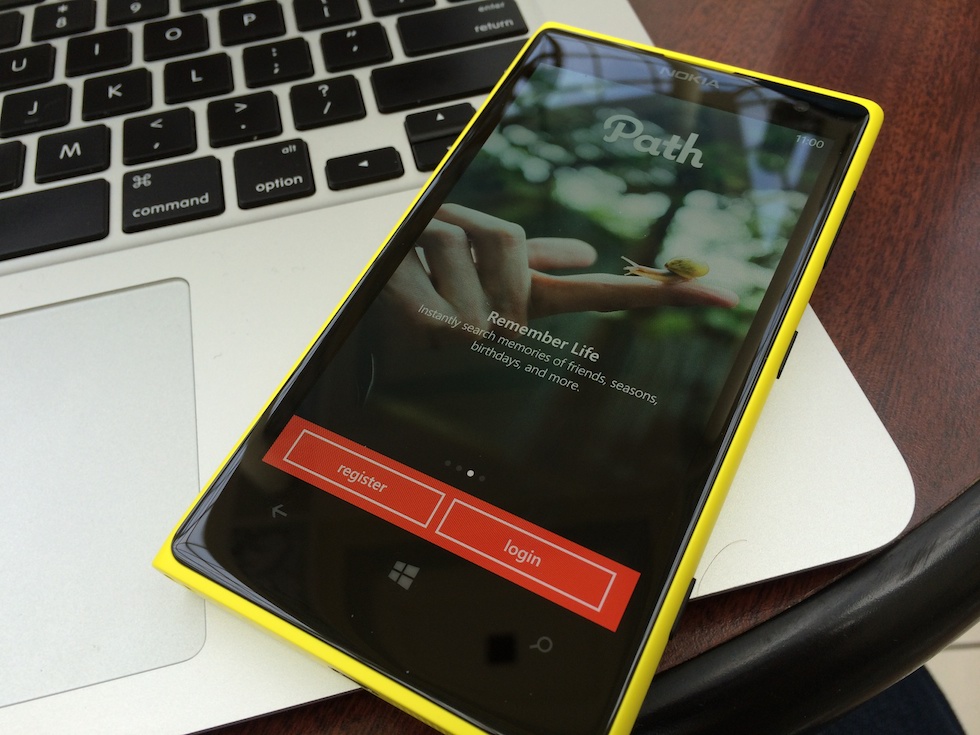 Close-knit social network, Path, has finally made its way to Windows Phone 8 users months after first being teased, and shortly after entering the Store in private beta.

The company’s hired gun developers, nventine, are pros at the platform, having developed the popular Weather Channel, Bloomberg, StyleSaint and AllRecipes apps for Microsoft, and worked with Nokia to ensure excellent integration with its new Imaging SDK.

For the unfamiliar, Path is a private social network that lets you update your status, post photos or thoughts, in an attractive feed. Obviously, like other social networks, its usefulness is limited by its user base, and Path’s has dropped precipitously since its introduction in 2010. There are still 23 million daily users, though, which falls far short of Facebook, Twitter or even Instagram.

The Windows Phone version which, like Instagram has a BETA tag appended to its name, shares the same feature set as its in house-built iOS and Android counterparts, but lacks the polish. It still lets you post photos with beautiful filters and assign up to 10 people to an Inner Circle for even closer sharing; and the option is still present to send free or paid stickers to contacts. Unfortunately, I found myself frustrated by the app’s bugginess and slow performance: it often stalled or didn’t load content.

Considering Path just raised a (rather controversial) Series C funding round of $25 million from Indonesian Bakrie Global Group, the company is clearly looking east of North America for its growth. With Windows Phone popular in India, Indonesia and other parts of Asia, Path may be coming to Windows Phone at just the right time.