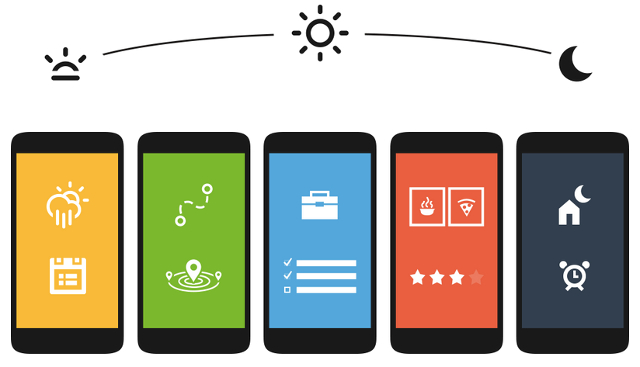 Yahoo was on an acquisition tear in 2013, and it doesn’t look like the company will be slowing down much this year. During her keynote presenation at CES today, Yahoo CEO Marissa Mayer announced the acquisition of Android launcher Aviate, which has to this point only been available via private beta. Mayer said during the keynote that Yahoo will use the tech to help personalize its apps and web properties.

Aviate is notable for a UI that surfaced apps and services based upon context: the time of day, where you are, and what you are doing. For example, if you were at work, Aviate would emphasize productivity apps; if it detected that you were at a coffee shop, it could prompt a Foursquare check-in or surface Yelp reviews. Yahoo has over 400 million monthly mobile users, but its a content company that has seen much of its ad revenue slip to Google as the search giant’s services have taken over mobile screens via Android. A polished app launcher that provides the right information exactly when you need it (powered by Yahoo News, or Yahoo Weather, of course) could be an excellent Trojan horse to win back mobile mindshare. Looking long term, it could even be taken as an experiment to vet interest in a Yahoo-branded forked version of Android, similar to Amazon’s Fire OS – with Mayer, bold moves like that are on the table.

In a blog post coinciding with the announcement, Yahoo SVP of Mobile Adam Cahan said that the company is “committed to continued innovation on the product.” For now, that means Yahoo has expanded Aviate’s private beta to 25,000 users, but I feel that once the beta is over, Aviate will face a similar fate to Summly, which was shuttered and reborn today as Yahoo News Digest. To strike while the iron is hot, you can get into the beta using the promo code ‘YAHOO’.