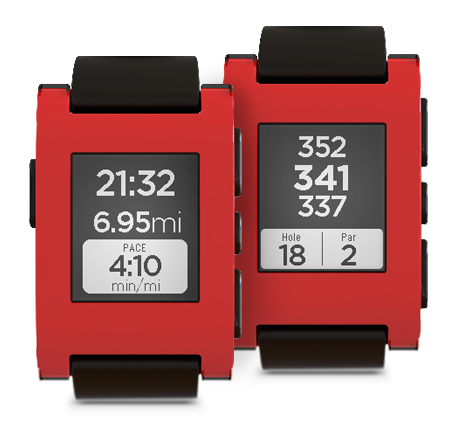 A few nights ago in San Francisco, Pebble’s founder and CEO Eric Migicovsky recounted the last year of Pebble’s existence. He admitted there were many things that could have been done differently, and if he had to do it over again he’d lower the number of colour choices, but is otherwise enthused for the future of wearable technology.

The Kickstarter project that aimed to raise $100,000 resulted in $10 million and nearly 100,000 backers, many of whom are just now getting their Pebbles. Now that the hardware is in the wild, Pebble is iterating on its promise to make the smartwatch accessible to developers, both from and to a smartphone. With this latest firmware update and a new SDK open to devs, two-way communication — to and from the watch — has been enabled. PebbleKit now lets developers create interactive watch faces, multiplayer games, abilities to check-in to Foursquare or Facebook (theoretically) and other features that require two-way interaction.

The company has also raised $15 million as it endeavours to hire more engineers and developers to improve the product’s software experience, and hopefully work out any remaining kinks in the hardware manufacturing. The 18-person team is expanding, and though they no longer claim Waterloo as their home, Pebble, and Migicovsky, is still very much a Canadian success story.