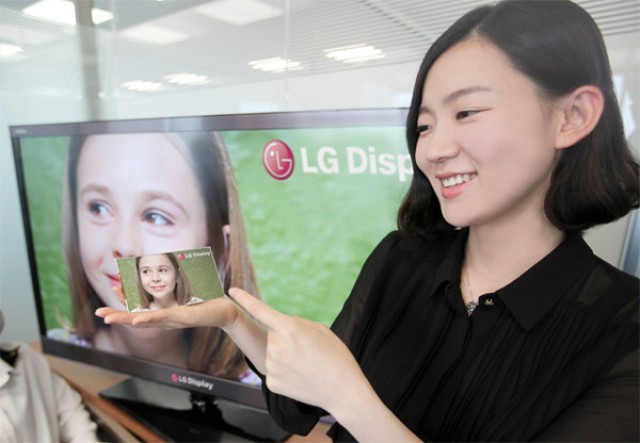 LG has made news frequently of late for its stunning 720p displays on devices such as the Optimus 4X HD and Optimus LTE 2, which they dub True IPS. Such displays combine the wide viewing angles and excellent colour saturation of Super AMOLED with accurate colours and better brightness of LCD panels. IPS has long been the popular choice for desktop monitors and it’s great to see them make their way down to mobile tech.

In June 2010 Apple debuted the Retina Display on the iPhone 4, claiming that humans could not perceive individual pixels past 300 or so pixels per inch. LG’s 1920 x 1080 display will boost that density to 440ppi which to some may be considered overkill, but few are likely to complain. However, as we’ve seen with the new iPad, which has an amazing 2048 x 1536 resolution, graphics chips have to work much harder to render content at such depths. Surely by the time 1080p mobile displays and quad-core graphics chips converge, such performance issues will be forgotten.

The company is expected to show off its new screen in the coming weeks, and we have no doubt companies like Sharp and Samsung are already working to match LG. The big question remains: do we really need such high-density screens on our small mobile devices?