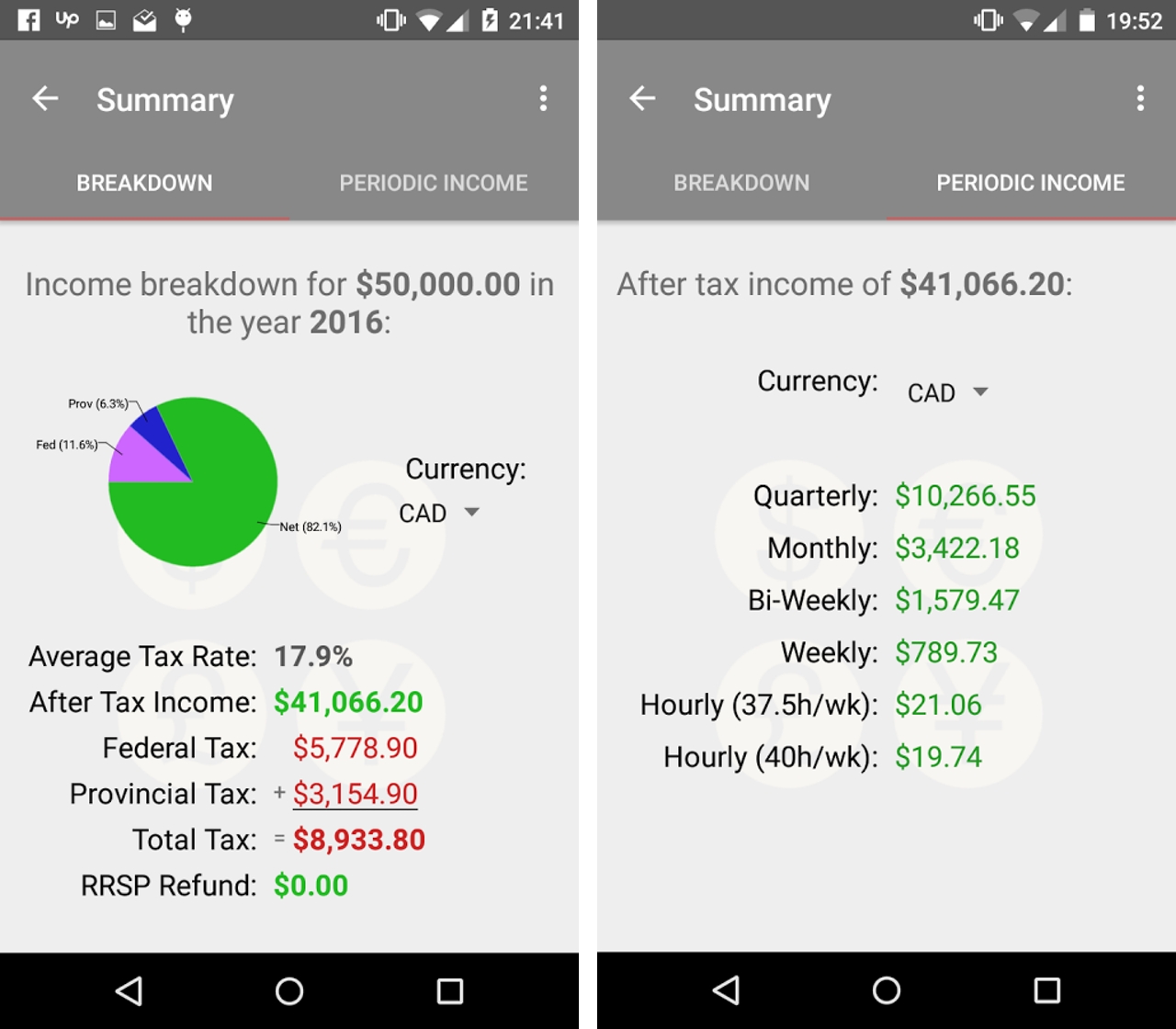 With 2015 behind us and tax season coming up, most Canadians, whether they want to or not, are starting to think about what it’s going to take to settle their federal income tax bill. If you’re like me, then you might not even where to start when it comes to paying the taxman. This week’s featured app, which was developed by a MobileSyrup reader, is here to help.

Aptly named Canadian Net Income Calculator, the app helps users sort out that important first step to pay when it comes to paying one’s taxes. That is, figuring out approximately how much you owe the government. Once the user has inputed their base income (either via an annual or hourly rate), as well as the province they live in and the amount (if any) they contributed to their RRSP, the app calculates how much the user can expect to pay in both provincial and federal taxes. One of the neat features here is that the app is able to do this calculation using other currencies, including in the U.S. Dollar, Euro and Japanese Yen, among other less prominent currencies. The app’s Play Store page also says the value of these currencies relative to the Canadian Dollar are adjusted in real-time, meaning there’s no need to worry about it using out-of-date data.

Simplicity is the name of the game here, so beyond this core functionality, there’s not much to say about the app. Still, it’s a good starting point for anyone who’s overwhelmed by doing their yearly taxes.