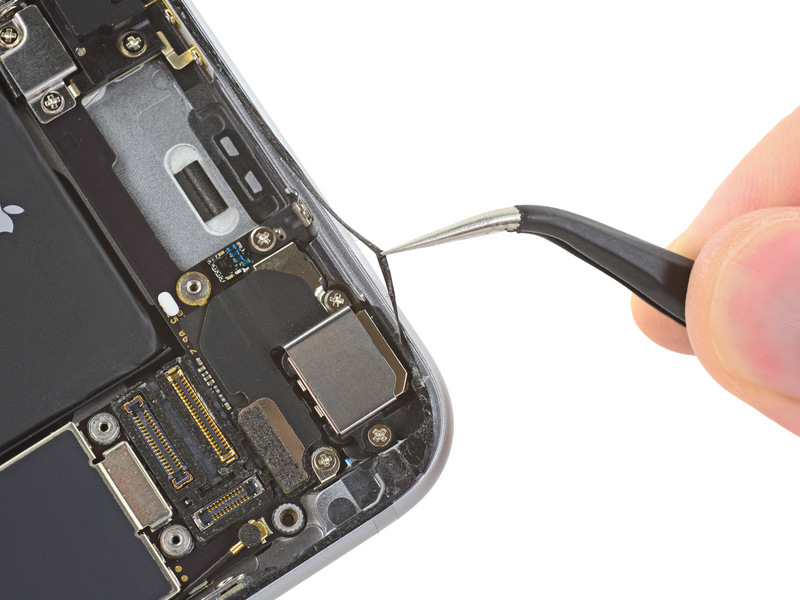 During their initial teardown, the website found a new adhesive surrounding the iPhone 6s’ display. For iFixit, this addition was unusual because all iPhones already use a screws to hold their displays in place. The adhesive, in other words, appeared redundant.

Looking back at some of Apple’s previous patent filings, however, iFixit began to suspect that the adhesive was there to make the phone partially waterproof. After seeing some people post videos of their iPhones being submerged and emerging unscathed, the website dissected several more new units.

According to iFixit’s finding, Apple subtly has reworked the casing of the new iPhones to accommodate the new adhesive, which acts as a gasket. The company has also added tiny silicone seals to every single connector that attaches to the new iPhone’s logicboard.

All of that just means the new iPhones are more liquid resistant, not waterproof. If you own a new iPhone, it may survive a short swim in a toilet bowl, but it’s definitely not recommended to jump into a pool with it.

As for the reason Apple does not advertise this new feature, it’s likely the company wants to avoid a situation like the one Sony just had to go through with its smartphones. It’s difficult to make a consumer gadget completely waterproof. If a company advertises the feature and one of its phones still breaks after being dipped in water, then it can get in legal trouble.

In defense of phablets

Apple’s iPhone 6s was the most shipped smartphone in 2016, says report