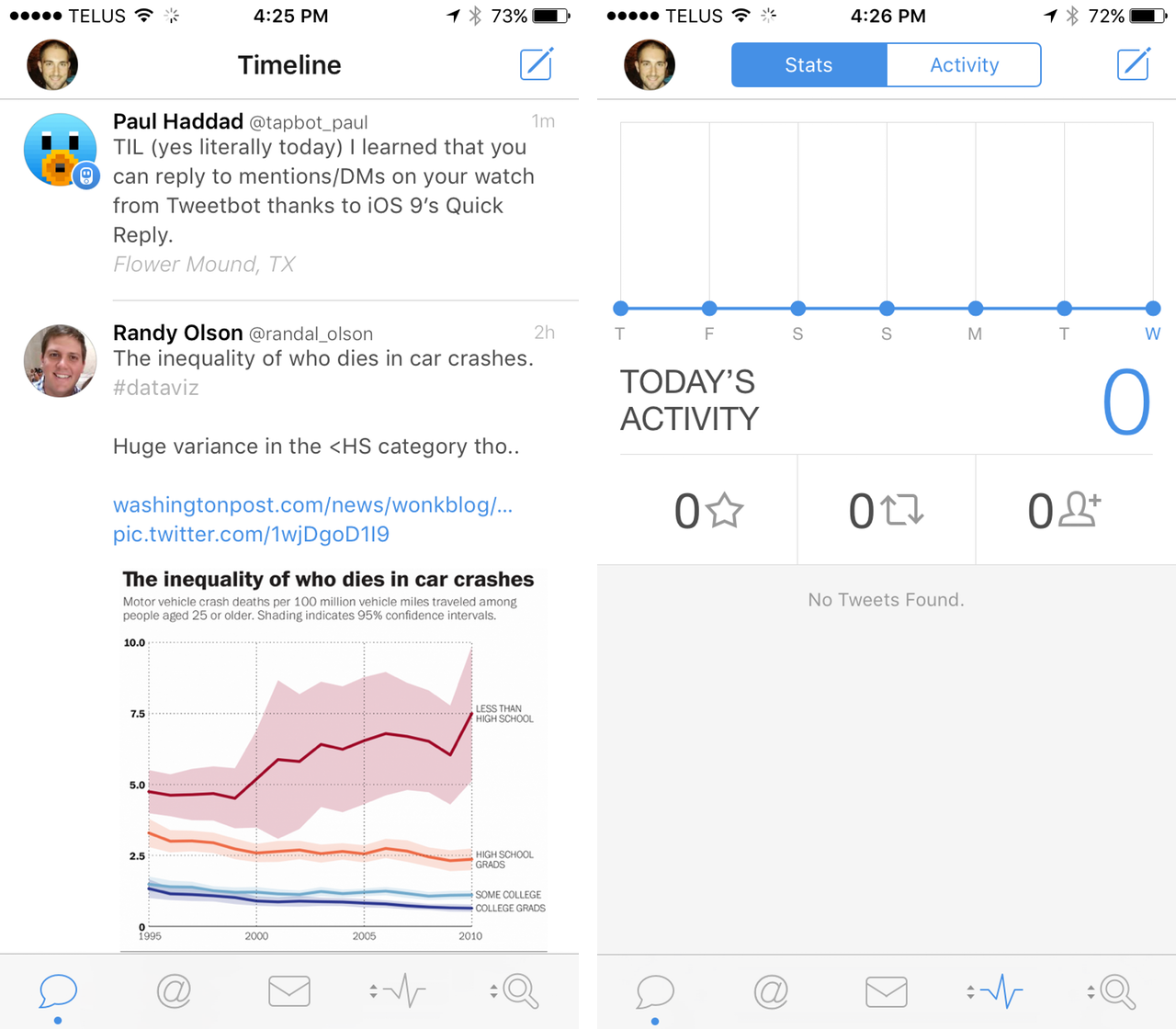 Tweetbot 4 is now available for iPhone and iPad, and developer Tapbots has brought many of the phone’s popular features to Apple’s newly-reinvigorated tablet platform.

Along with full support for iOS 9’s Slide Over and Split View features on iPad, the new version has a second dedicated column (in landscape) that can show mentions, activities, searches and lists alongside one’s main feed. With an interface that is only slightly changed from Tweetbot 3, which was released close to iOS 7 back in 2013, existing users will feel right at home. iPhone 6 Plus users can also take advantage of the second column in landscape mode.

Tweetbot used to be the only game in town in terms of third-party Twitter apps, and in many ways it still is. But as Twitter (the company) has added new features to its iOS app, many users have succumbed to the realization that despite the presence of ads its official app is likely the best way to interact with the service. 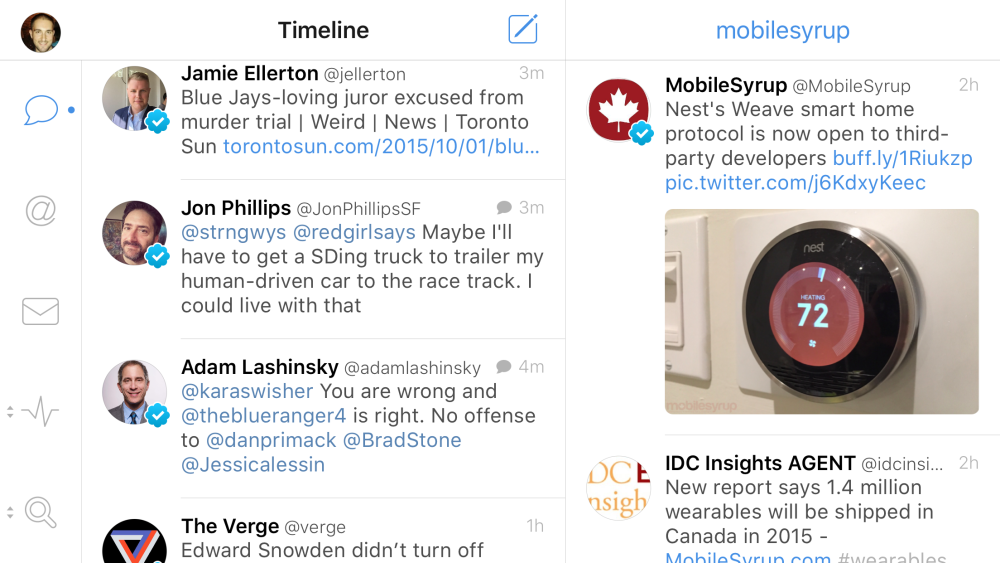 But Tweetbot 4 makes the argument that an ad-free, gesture-based interface, especially on iPad, is a far better use of screen real estate. And despite the fact that Twitter unified its iPhone and iPad apps just a few weeks ago, Tweetbot 4 feels like a more thoughtfully-designed product on the tablet.

On the phone, Tweetbot is still a great product, but it lacks the speed and immediacy of Twitter’s official app. Its gesture-based interface is unmatched in terms of convenience, but the $5.79 CAD price tag, even for upgraders, may be too much to stomach for all but the most dedicated of Tweeters. There is no question, though, that if you own an iPad the cost is justified — Tweetbot 4 is simply the best way to experience Twitter on the larger screen.

One new feature that is sure to intrigue the math enthusiasts is a new Statistics and Activity View, which accumulates the number of impressions, taps, favourites, retweets and new followers on a daily basis.

Tweetbot 4 is on sale for $5.79 CAD for a limited time, and will double in cost in the near future.