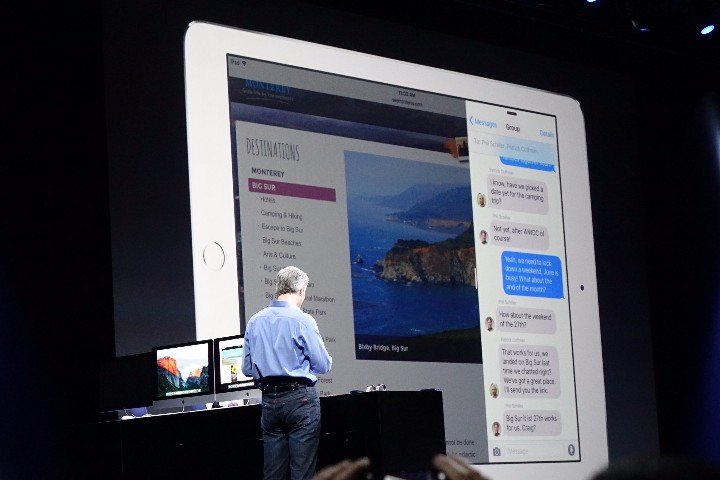 Apple has long delayed bringing meaningful multitasking to iOS, but at the Worldwide Developers Conference on Monday, Craig Federighi, the company’s senior vice president of software engineering, showed off two new ways the iPad will be able to multitask in iOS 9.

First there’s Slide Over, which is coming to the iPad 3, iPad Air, iPad Mini 2 and iPad Mini 3.

For anyone that has used the snap feature in Windows 8 or the Xbox One, Slide Over will be familiar territory. With his iPad in a landscape orientation, Federighi swiped from the right edge of the tablet’s screen to bring up the Messages app. The app was given approximately one third of the iPad’s screen, and Federighi was able to interact with it while the other app was put into a freeze state. He then swiped up on the Messages app to bring up a new window that allowed him to switch to a different app. 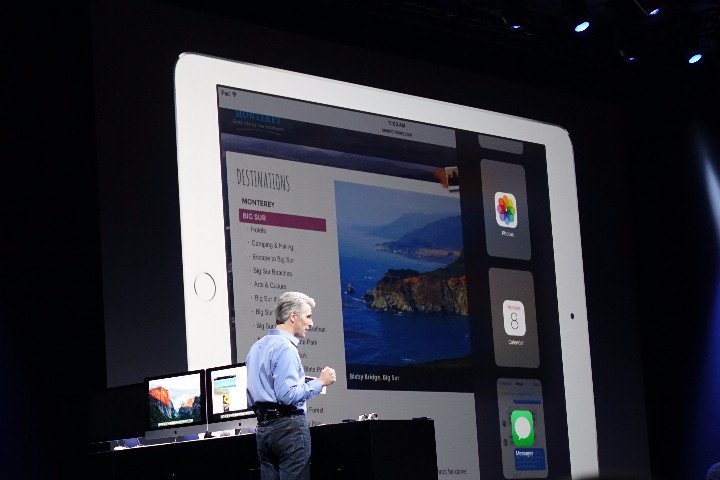 As alluded to, this technically this isn’t true multi-tasking as one of the apps is put into a freeze state. However, it still allows an iPad user to have two apps on screen at once.

True multi-tasking is reserved for the iPad Air 2 in a feature called Split View. As with Slide Over, an extra app is added to the screen by swiping from the right edge of the tablet’s screen. Where this implementation differs is that the user can change how much screen space each app is given, and both apps are active at the same time.

Speaking of switching between apps, both the iPad and iPhone will feature a new app switcher come iOS 9. What Apple showed off was visually reminiscent to the work Palm did with its line of TouchPad tablets. 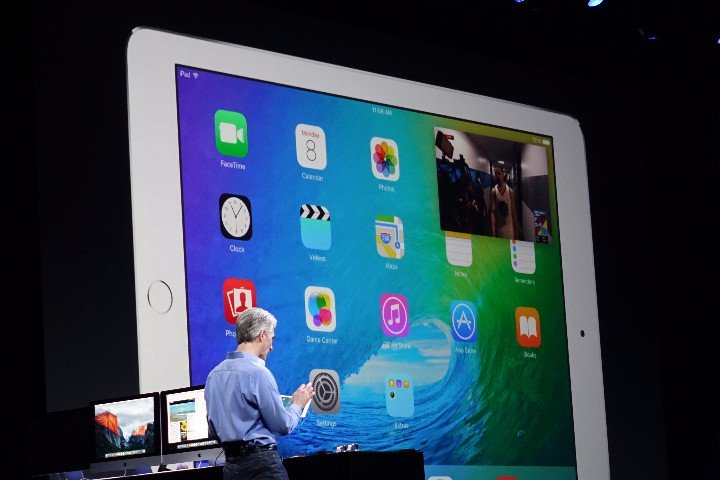 Other quality of life improvements include new keyboard shortcuts for those that like to use an external keyboard, and a new picture-in-picture mode for videos. Videos can be viewed while working in other apps, and the window they’re in can be freely resized and moved around.

As with all the other iOS 9-related features announced at WWDC, iPad multi-tasking is coming this summer in a public beta and later in the fall in a wider public release.