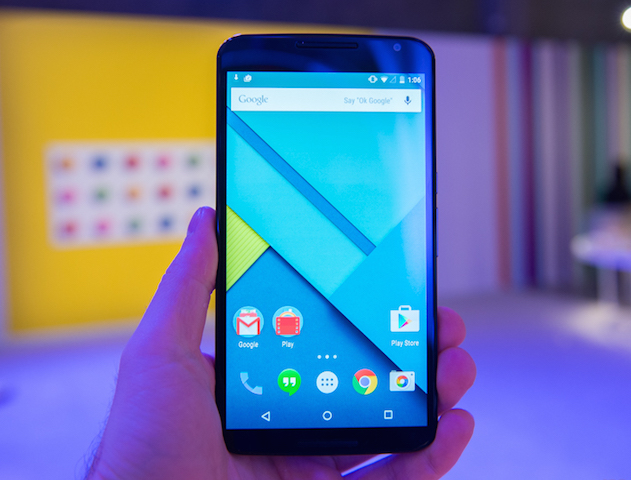 The Nexus 6 is huge. Not just physically in the hand, but for Google and the company’s future in smartphones.

This is the most expensive Nexus device ever created, intended to be sold almost exclusively through the carrier channels, with only a small sliver of inventory available via Google Play. Robert Hamilton, product lead for the Nexus program, said that despite the conception by early adopters that the Nexus 4 and 5 were predominantly purchased from the Play Store, most were sold through the carrier channels. 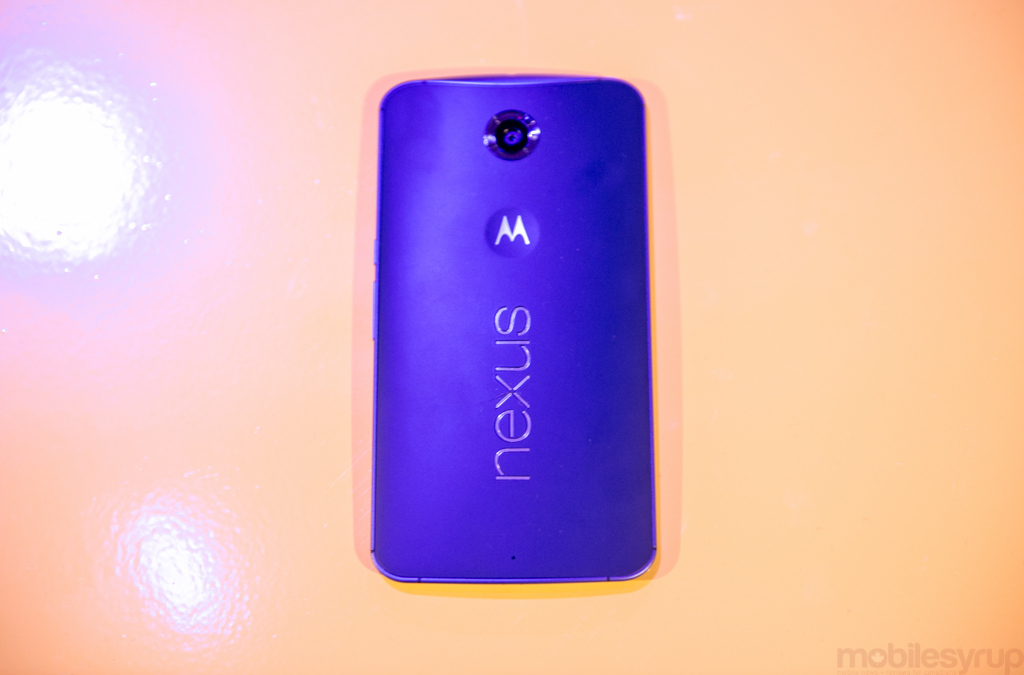 The Nexus 6, therefore, is Google’s attempt to wade into the same pool as the Galaxy Notes and iPhone 6 Pluses of the world, and the first impression is a good one. Indeed, it’s immediately obvious that the Nexus 6 is one of the most beautiful big devices ever made, modelled on the new Moto X released earlier this month. 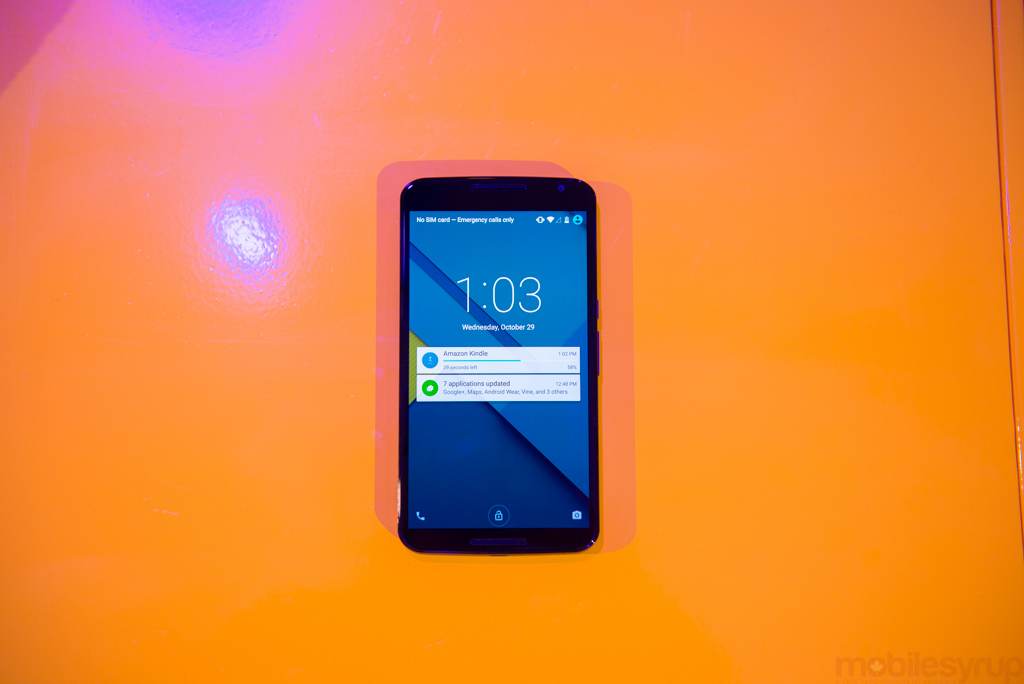 Available in early November, the Nexus 6 sports a 5.96-inch QHD AMOLED display, a 2.7GHz quad-core Snapdragon 805 SoC, 3GB RAM, 32 or 64GB of internal storage, a 3,220mAh battery, a 13MP sensor with an F2.0 lens and optical image stabilization, along with Android 5.0 Lollipop. It has stereo front-facing speakers, and bezels that LG would be proud of. 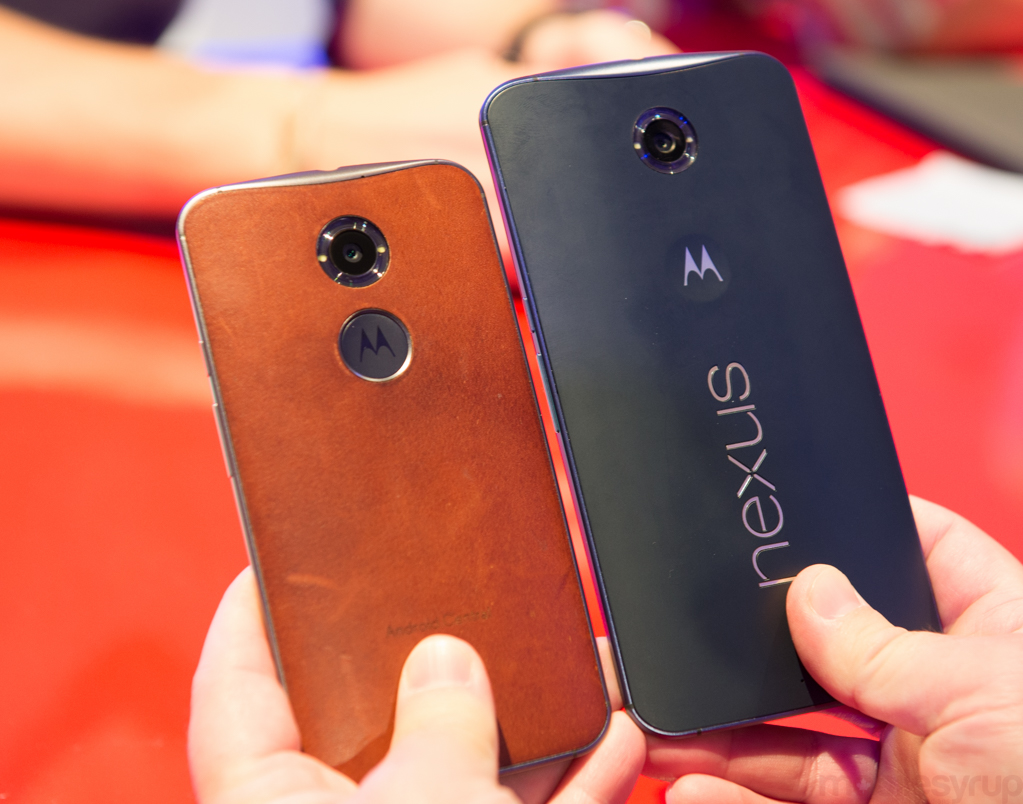 Given it’s modeled on the new Moto X, the Nexus 6 shares the same curved aluminum frame and soft-touch rubberized plastic backing, making it feel relatively usable in the hand despite its size and weight. While certainly not a one-handed device — it’s roughly the size of the iPhone 6 Plus and considerably bigger than the Galaxy Note 4 — the Nexus 6 doesn’t feel unwieldy. And people will quickly forgive the massiveness when they see the screen: it’s bright, sharp and colourful, with excellent viewing angles and decent maximum brightness for an AMOLED panel.

Ambient display will be a well-loved feature and is ported from the Moto X. It displays notifications on the AMOLED screen without actually waking up the phone, ensuring battery life isn’t negatively affected. I haven’t had much time with the product yet, but battery life promises to be excellent, as it couples a large 3,220mAh cell with Android 5.0’s Project Volta battery optimizations. 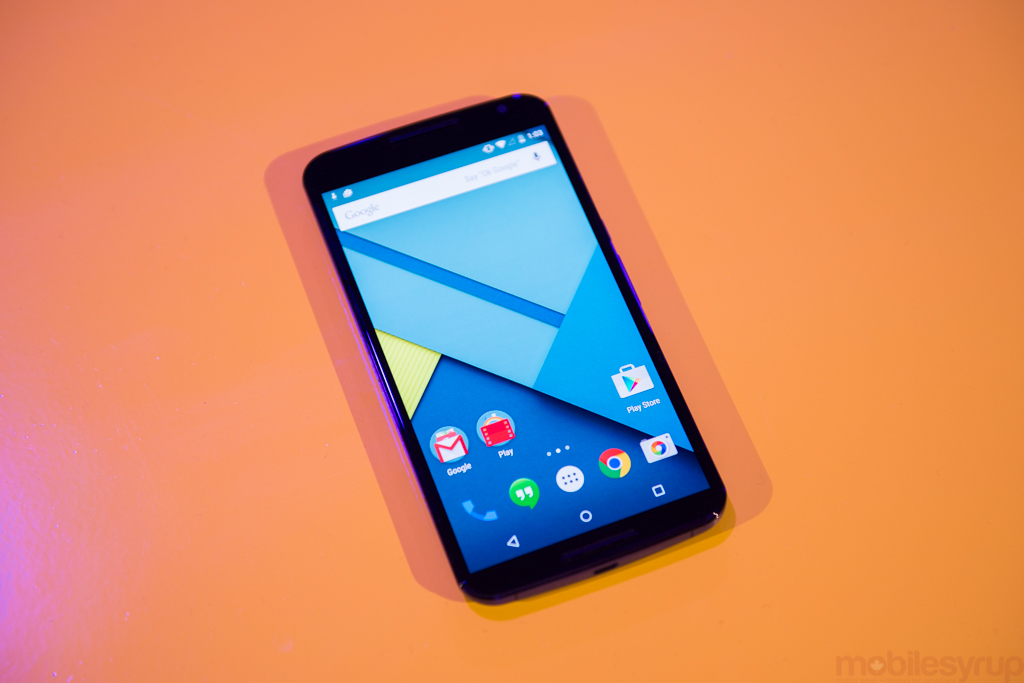 Speaking of Android 5.0 itself, there’s tons to say (though it will have to wait a while), but the gist is that Google has improved both the design and performance of the software experience to the extent that many Android naysayers may have to take a second look. Scrolling is smooth and animations are beautiful, and if third-party developers can create similarly beautiful apps to those Google has produced, the ecosystem is in for a treat. Of course, getting Android 5.0 on older devices in good time will be a feat unto itself. 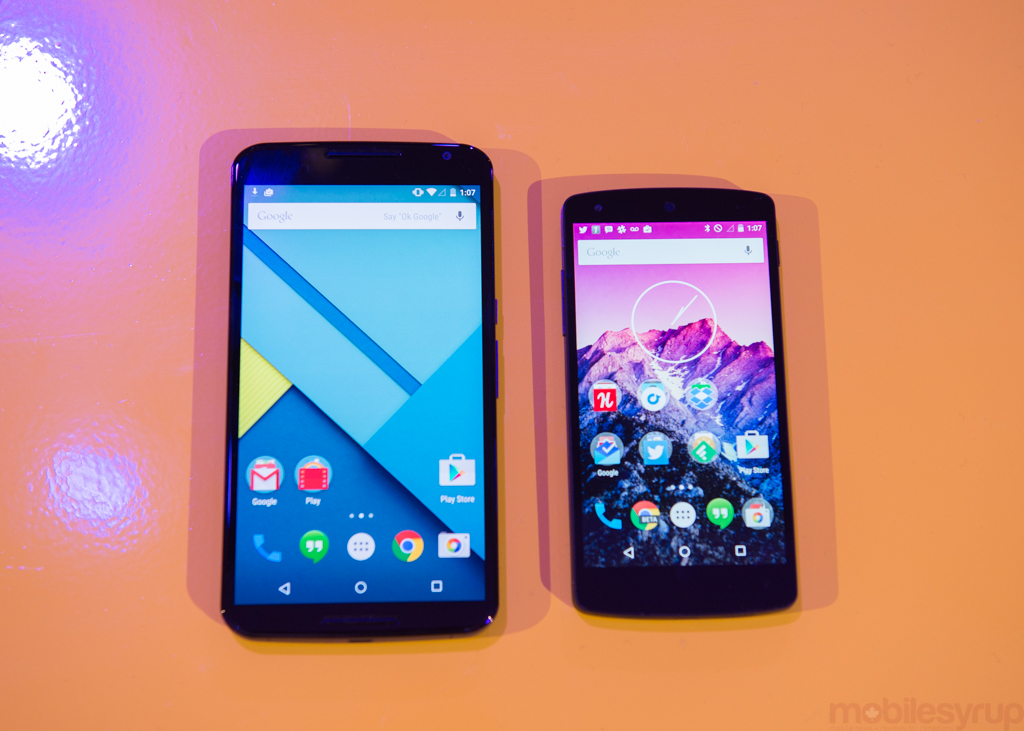 Compared to the Nexus 5, the Nexus 6 towers over its predecessor, intimidatingly so. Size may be the only thing preventing people from adopting Google’s newest phone. 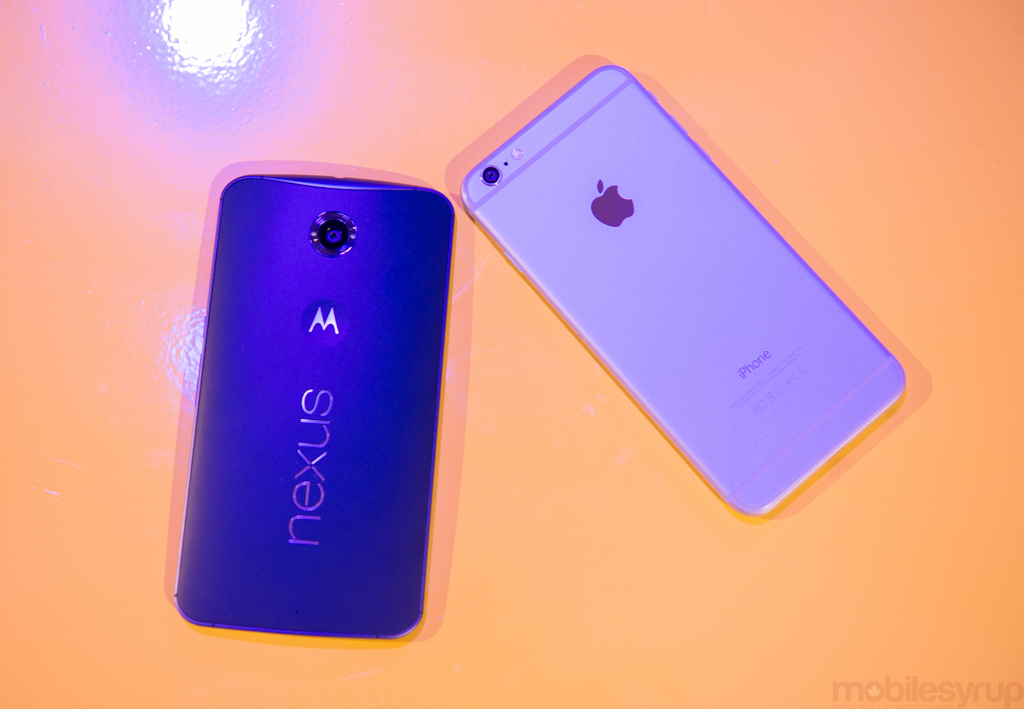 We’ll have lots more over the next few weeks, but suffice it to say the Nexus 6 is a really good, really big smartphone from Motorola and Google.