Microsoft confirms Cortana will be localized for Canada in time for WP8.1 rollout 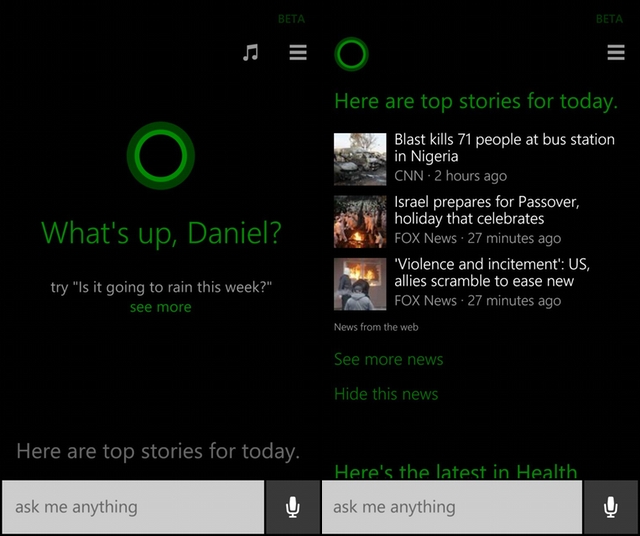 We expect Windows Phone 8.1 to be released for existing Canadian devices by the end of August, and while the software will surely be an enormous improvement for fans of the operating system, we were led to believe that Cortana, Microsoft’s advanced personal assistant, would not be localized in time.

Turns out that’s not entirely true. According to Microsoft Canada’s President, Janet Kennedy, Redmond is looking to have Cortana’s Canadian localization ready for launch this summer. Kennedy demoed the service on stage at the Canadian Telecom Summit during a lunchtime keynote address, asking Cortana for directions to the venue, as well as the current population of Canada.

During Windows Phone 8.1’s Preview period, only devices localized for the United States can use Cortana; those set to Canada will default back to the original Bing Search page.