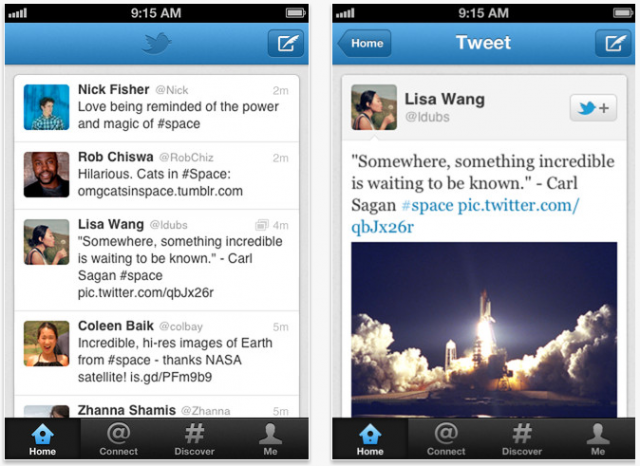 Twitter recently added extra security features to their web platform, one that allowed users authenticate accounts via text message. If you manage multiple Twitter accounts this proved to be a challenge as you could only attribute one phone number per account, but today Twitter has rolled out two-factor authentication and given way to verify login requests right from the mobile app (iOS and Android).  Twitter has also announced that search has been improved with ‘social context’ suggestions that shows how you’re connected to other users. Finally, a new photo gallery was unveiled for search, now organized in a cleaner format and giving your the option to “View more photos.”