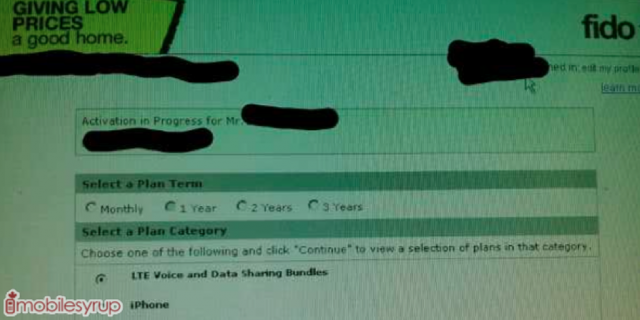 When Rogers went live with their LTE network last June they gave customers the ability to reach peak download speeds of up to 75Mbps, realistically it’s between 12Mbps – 25Mbps. LTE has exploded in Canada as we’ve seen Bell and TELUS launch their networks. Recently Virgin Mobile decided to light up their LTE network (hooked onto Bell’s LTE network), but currently only have the option to activate the new iPad.

Rogers stated on a few occasions that their was no intention to bring LTE to their sub-brand Fido, however taking a look at this screenshot might show otherwise. Apparently when the employees click on this screen to activate/upgrade a customer the option of “LTE Voice and Data Sharing Bundles” pops up. So this could mean that LTE speeds are coming soon to Fido, just no word of when or what devices.

We’ll have more info for you soon.
(Thanks tipster!)