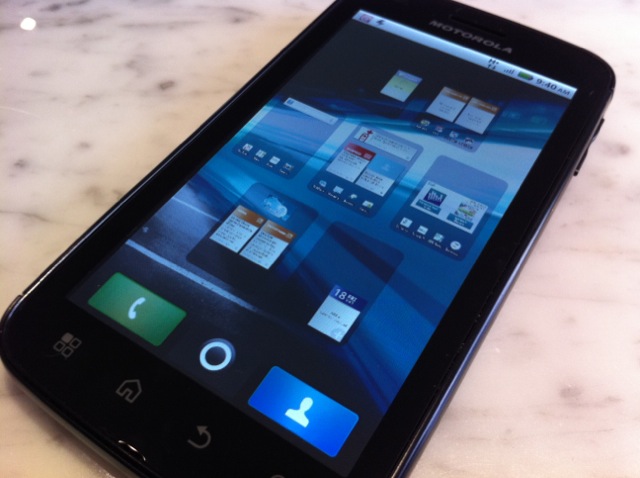 OK, this may get a bit technical but stick with me.

The Motorola Atrix, the company’s first dual-core device which was released earlier this year on Bell, has a locked bootloader. This makes it very, very difficult to hack. In fact, almost impossible depending on who you ask. So, locked bootloader means no custom ROMs, no overclocking kernels. No fun.

That is until a few weeks ago when a version of Gingerbread was discovered on Motorola’s servers that contained the code to unlock the bootloader only on AT&T devices. But, since Motorola has confirmed they would begin unlocking bootloaders later this year, it was only a matter of time. With the discovery came a flurry of activity from the development community, but international users, Bell customers included, were left out in the cold.

That is, until now. A group of enthusiasts who came together to attempt to find a version for international Atrixes (that go by the awesome name Team Cheesecake) have discovered a version of Gingerbread, Android 2.3.4, that is not only compatible with the Bell Atrix but will also unlock its bootloader. So, custom ROMs, overclocking kernels. Fun.

Right now the procedure is kind of complicated, so we wouldn’t recommend diving in unless you know exactly what you’re doing. Obviously, obviously, unlocking your bootloader will void your warranty, so be careful. But if you’re into living dangerously, and let’s face it, what Android user isn’t, this is your ticket.