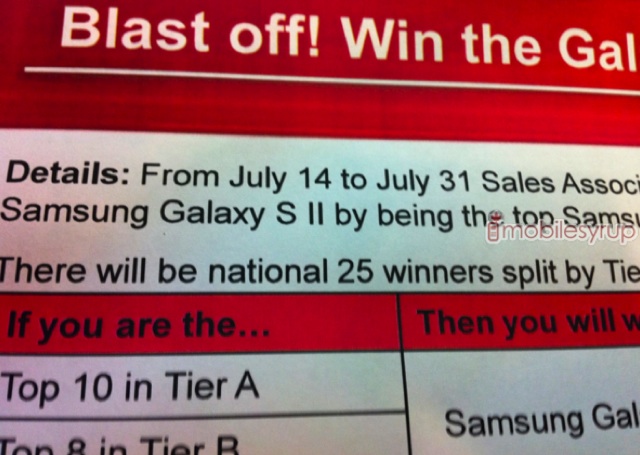 The countdown is now on… 14 days until the Samsung Galaxy S II 4G is officially available in Canada. This incredibly desired Android 2.3 device is en-route to Bell, Virgin and SaskTel. The no-term pricing will be $599.95 and SaskTel revealed the 3-year at a respectable $79.99.

Let’s shuffle over to some Virgin Galaxy S II news now. The internal doc above shows that Virgin has put together some sort of incentive program for employees who sell the most Samsung Galaxy S II devices… personally, I don’t think they’ll have a hard time selling them but this gives them a chance to win a Galaxy S II of their own!! Pretty sweet deal… The dates run from July 14th (launch date) to July 31st.