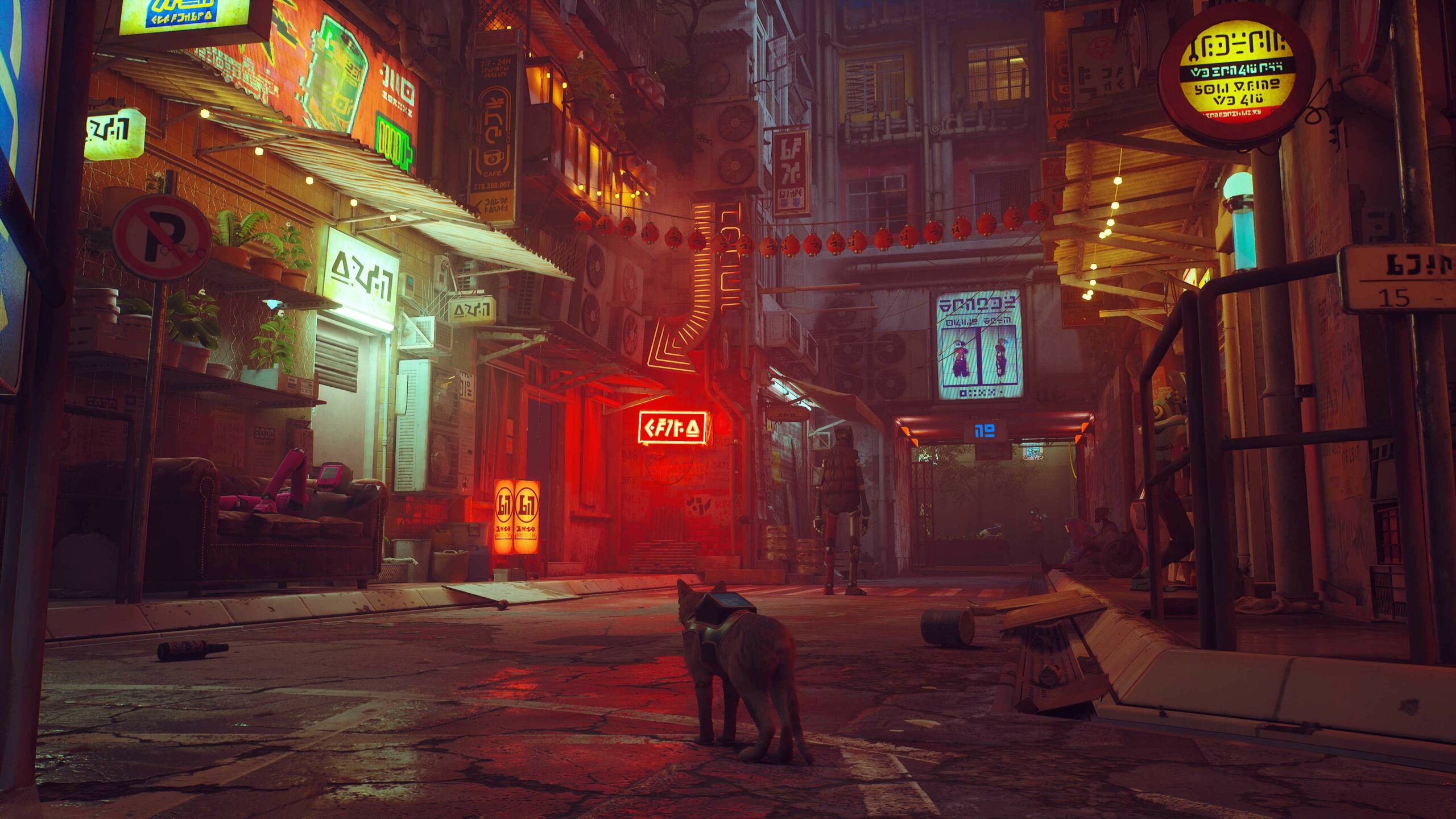 Stray is extremely good at making you feel like a cat.

Everything from your feline avatar’s detailed animation to the ability to scratch nearly every carpet in the game and curl up on dusty bookshelves gives the impression you’re actually in control of a stray cat traversing a barren post-apocalyptic world.

And, of course, you can also knock objects on the ground for no reason, just like a real cat.

Unfortunately, Stray is far more disappointing when it comes to gameplay. While the title’s puzzles are interesting and, at times, surprisingly challenging, your interaction with the world is primarily limited to pressing ‘X’ to jump or ‘Triangle’ to pick up an item.

While you have full control over your feline, jumping strangely consists of animations controlled entirely by the game, making the action feel far more passive than it would otherwise. You don’t need to worry about lining up your jump with the appropriate amount of speed or ensuring there’s enough space on that tiny side table you want to bound to; just press X and watch as Stray‘s orange tabby protagonist launches themselves skillfully through the air. 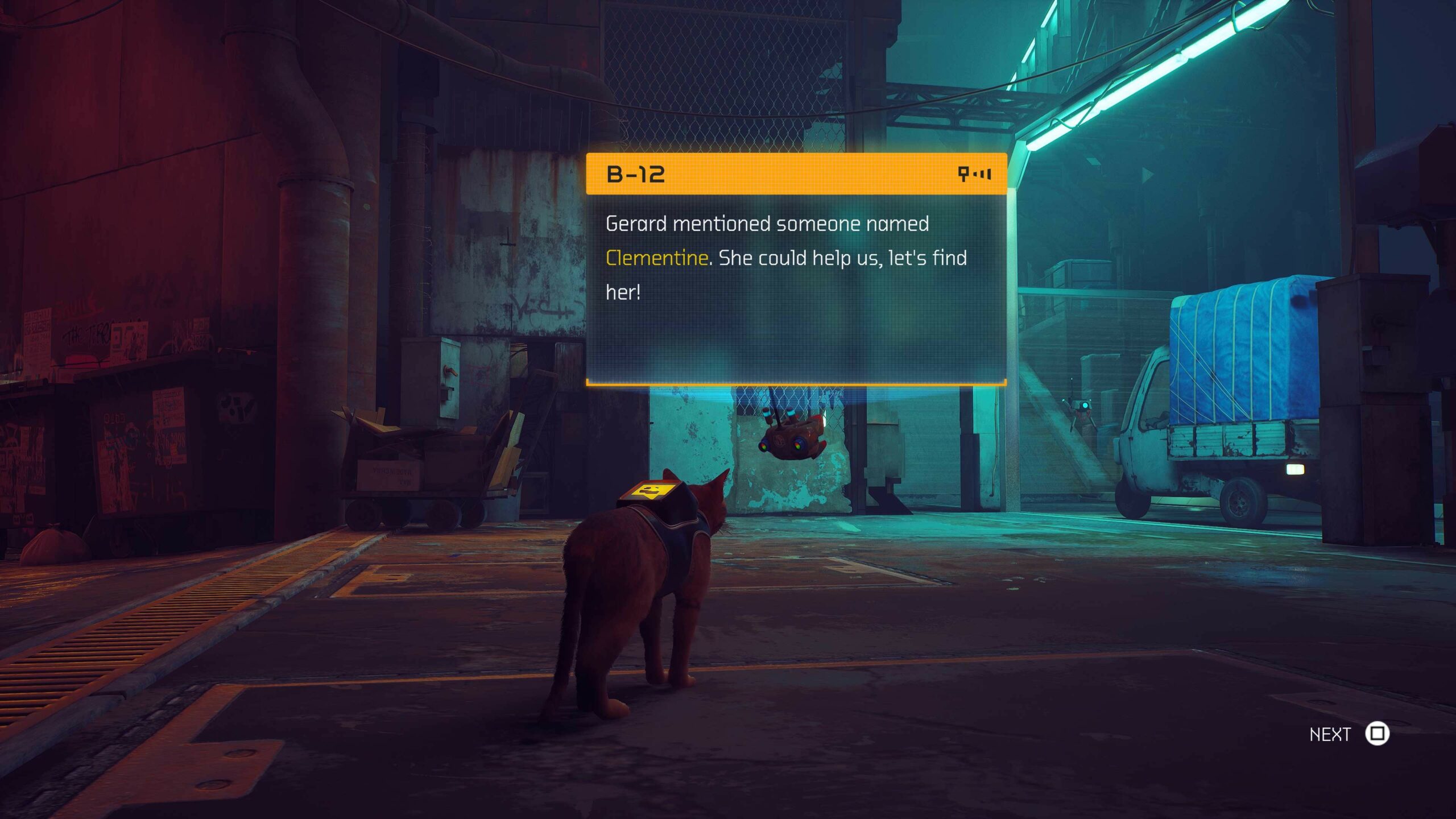 That’s not to say that this removes all challenge from the game, though. For example, I often wasn’t entirely sure where I needed to parkour jump to next, especially when tasked with more open-ended goals. Should I climb up to the window to reach that florescent sign? Maybe I could crawl up a nearby pipe to get just a little bit more height? There’s still a level of strategy to Stray‘s beautiful but still canned animations, yet I can’t help but still wish I had direct control over the cat during these sequences.

In a sense, this more story-driven approach to a video game makes sense given publisher Annapurna’s reputation, but I would have liked to see developer BlueTwelve integrate more traditional platforming elements into Stray, especially since its animation is so impressive, and because it would have made for a more engaging overall experience. Thankfully, the game’s overall narrative kept me wanting to continue playing to uncover what happens next, though it’s worth noting that its does drag towards the latter half of the title. 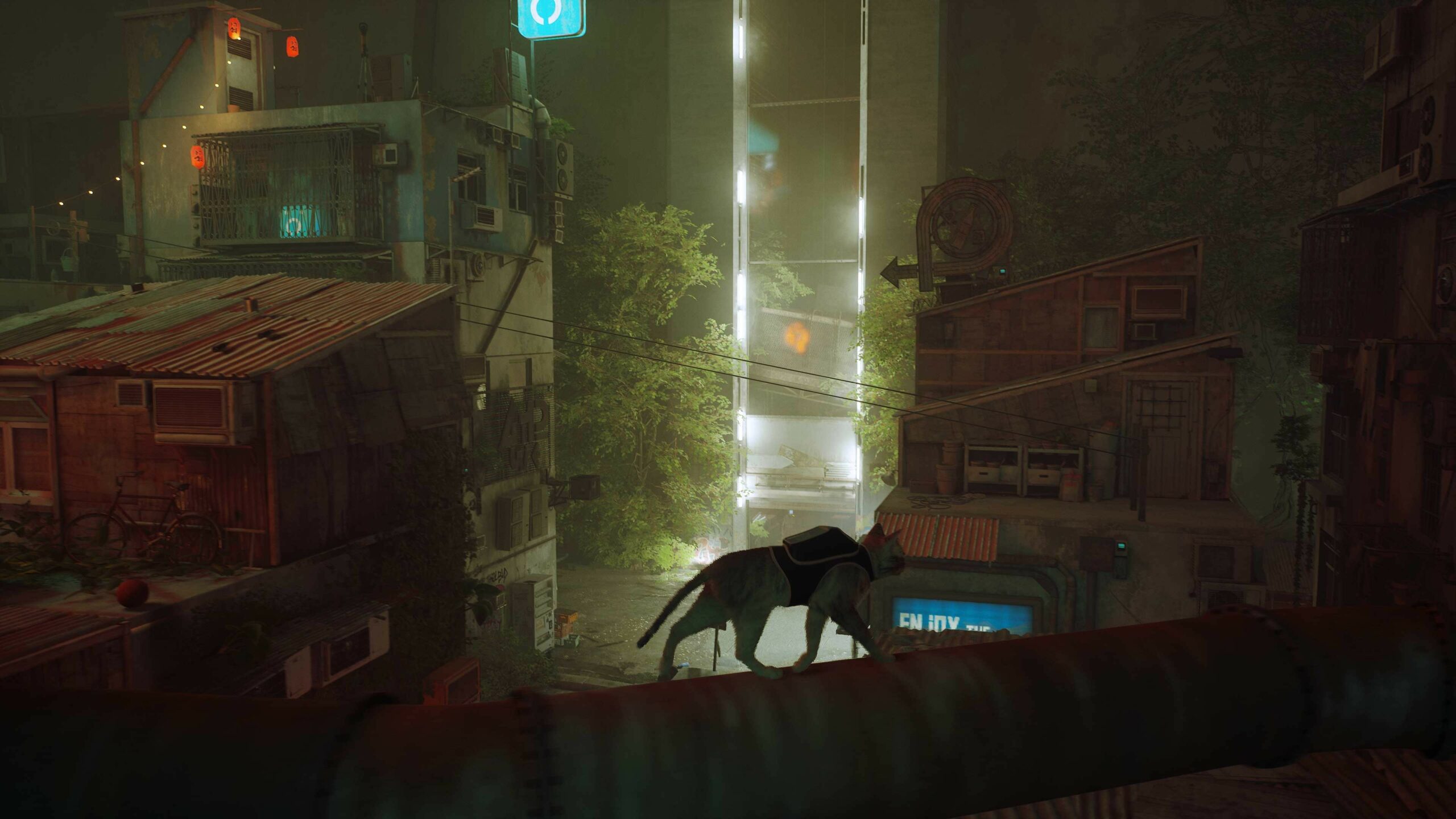 On the positive side of things, if you’re fond of exploration-focused titles, there’s a lot to like about Stray. Without giving too much away, throughout the roughly four to five-hour game, you’ll meet the post-apocalyptic city’s humanoid robot inhabitants and encounter strange bug-like robots called Zurks that seem to only exist to relentlessly chase you around. Eventually, you’ll get your hands on a backpack that houses your drone friend B-12, which lends you a helping paw, including storing items for you, translating the world’s alien language and turning on its built-in light to illuminate dark areas.

You can also make the cat meow on command, and the noise comes directly through the PS5 DualSense gamepad’s built-in speaker as well as the television. This caused my real-life pet cat to come barreling into the room, only to leave a few minutes later confused after not finding a feline friend meowing in my office.

Because you’ve taken on the role of a cat in Stray, you can scratch a variety of objects, ranging from bookshelves to carpets, and thanks to the DualSense’s haptic feedback triggers, it feels like you’re scratching a real surface. Minor details like this go a long way towards making you feel like you’re controlling a cat and help make up for Stray‘s lack of what I would consider real platforming controls. 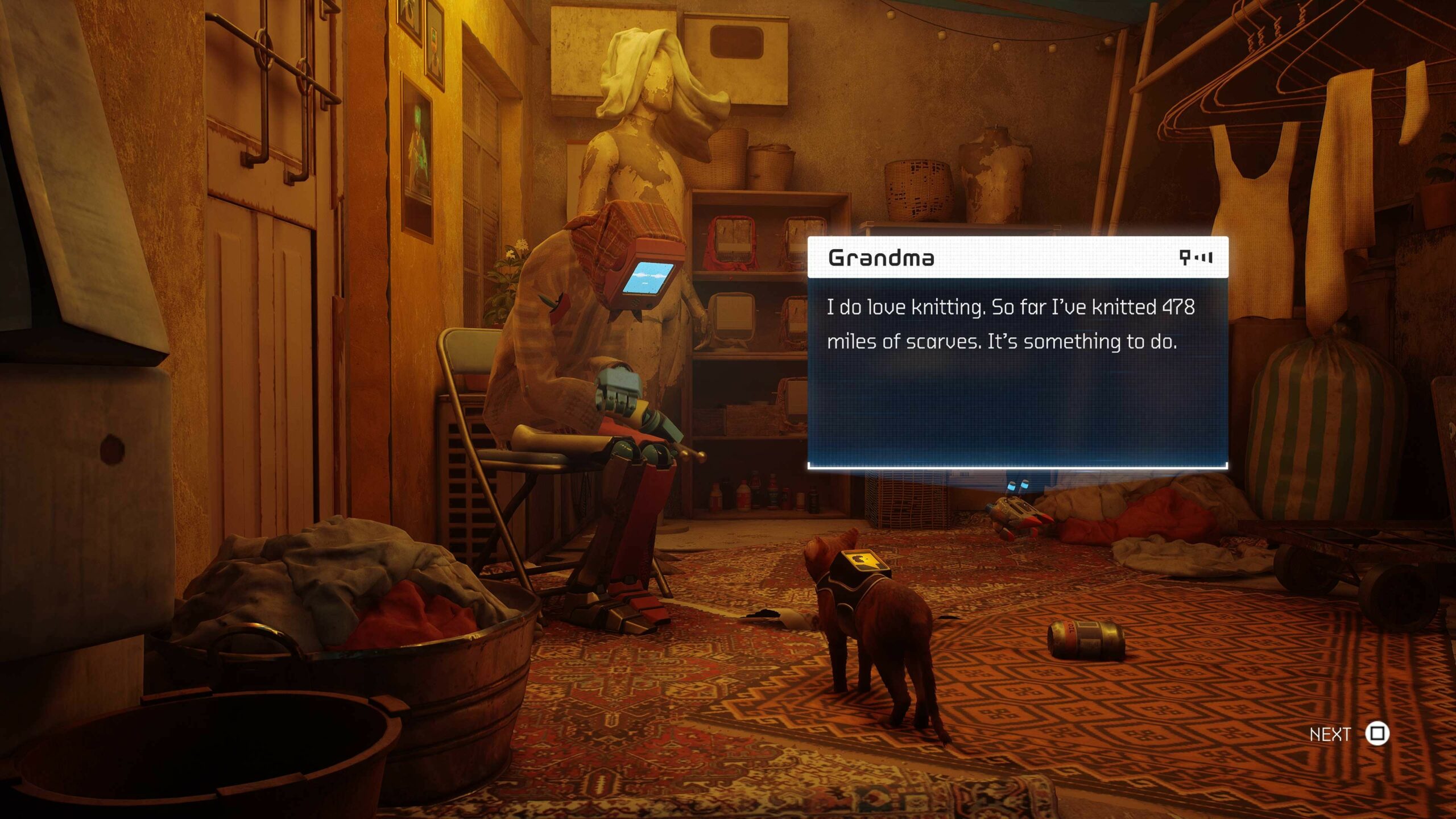 Sequences like this are by far the best and most interesting part of Stray. The number of ways you can passively interact with the environment around you precisely how a real cat would is impressive. There’s the aforementioned scratching and knocking objects over, but you can also drink from puddles (everyone knows water tastes better from dirty puddles) and cuddle up against the various robots populating the city.

At its best, Stray is a love letter to cats, and you can truly tell the affection the title’s development team must feel for the often misunderstood creatures. In an industry that typically places an emphasis on dog companions, it’s great to see felines finally get a chance in the spotlight. And while the experience may lack in the gameplay and length department, Stray manages to still offer a unique experience I haven’t encountered before in a video game.

Stray releases on July 19th for the PlayStation 4 and PlayStation 5 through Sony’s PlayStation Extra ($17.99/month) and Premium tiers ($21.99/month).