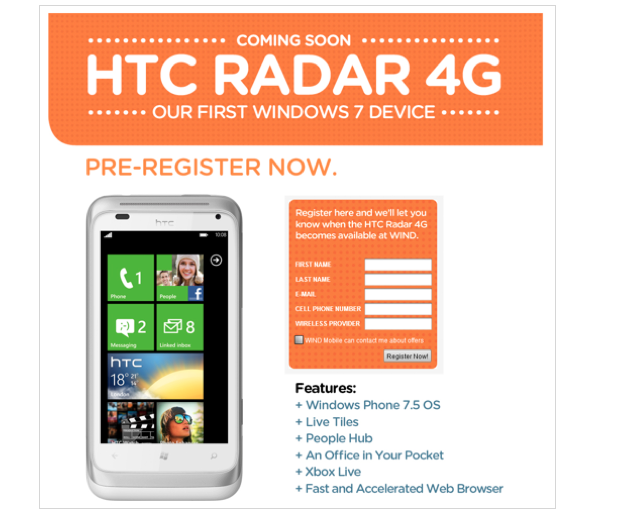 Late last week it was revealed that Videotron and SaskTel would be releasing the Windows Phone HTC Radar, now WIND Mobile has officially announced that the device is “coming soon” – it’ll be their first WP7 device. Specs have the Radar coming with a 3.8-inch display (resolution of 480 x 800), 1GHz processor, 5 megapixel camera which captures 720p HD videos, VGA front-facing camera. Those interested in scoring this can actually pre-register for it via the WIND site here.