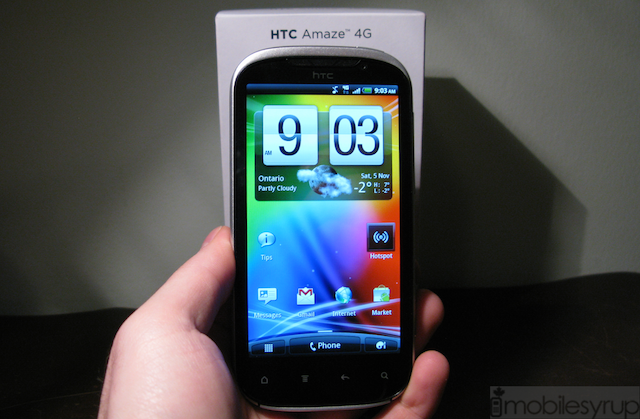 If the above title seems to be written in another language, we’d recommend ignoring this post. For anyone else with an Amaze from Telus, the device has just been given the go-ahead by HTC to have its bootloader unlocked, paving the way for rooting, custom ROMs, hype-charged kernels and all other types of legitimate tinkering.

As per usual, the unlocking procedure is a bit technical — it involves the Android SDK and a bit of command line jiggery — and could void your warranty, but those of you who do this kind of stuff already know that.

In spite of the website claiming the unlock works only on T-Mobile versions of the device, we can verify that it indeed does work on the TELUS (and upcoming Wind/Videotron) variants, as they seem to be identical hardware.

Head on over to HTCDev.com for all the goodness, and let us know how you make out!