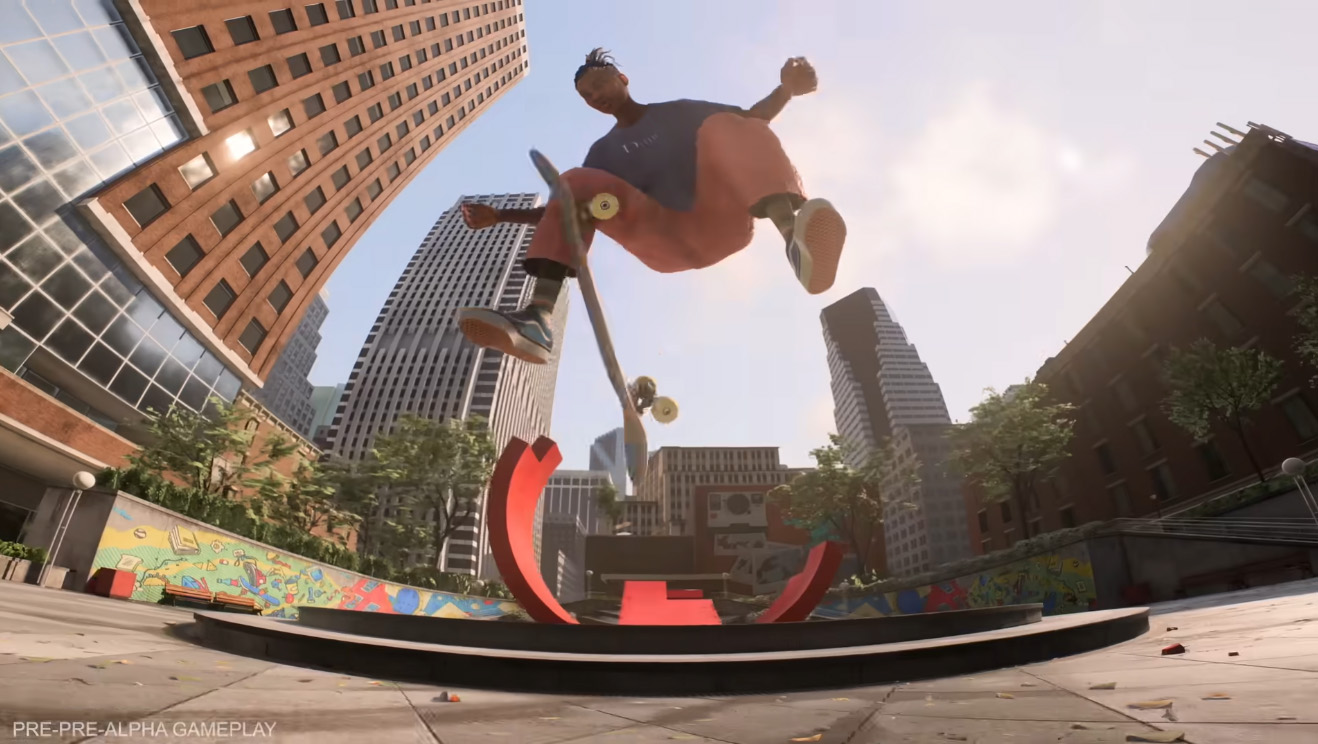 An early build of the skateboarding game Skate — formerly known as Skate 4 — recently found its way onto the internet.

In a blog post from Vancouver-based Full Circle, the developer thanked fans for the positive response to its “pre-pre-pre-alpha” trailer that was released last June, but also asked players that have gotten their hands on a leaked early version of the title to stop playing it.

This is Skate 4 pre-alpha footage. This is in line with what I've heard about where the game is at from multiple people. They're trying to get the feel right, which is probably the most important aspect of a Skate game. https://t.co/AXNV2Agk6z pic.twitter.com/nUINhghxLg

An excerpt from Full Circle’s statement can be found below:

“We’re aware of an earlier version of the game that has been distributed without our authorization. This build is from September 2021 and was never intended for external use. While we understand you’re excited to get into the game, we encourage you to be careful when downloading files from unknown sources (and remind you of the potential consequences of breaking EA’s Terms of Service). The best way to get the chance to play is by signing up for skate. insider playtesting here as we continue to invite more and more players into the game throughout the year.”

It’s unclear how an early version of the anticipated title leaked, but it appears it’s been available since roughly April of this year and is tied to a September 2021 build of Skate.

In other Skate related news, Full Circle recently confirmed the game will be free-to-play, but it won’t feature pay-to-win mechanics, areas locked behind a paywall, loot boxes or any paid gameplay advantages. The game’s title is also confirmed to just be Skate and not Skate 4 given the development team is taking a Halo Infinite-like approach and treating it as a platform it intends to continuously build on. Skate will also feature cross-play and cross-progression.

The next entry in EA’s Skate series was announced back in 2020. The game currently doesn’t have a release date. Skate will release on Xbox, PlayStation PC and possibly mobile.

In a world with no Tony Hawk’s Pro Skater on the horizon, I’m far more interested in Skate than I was a few months ago. Hopefully, the game is able to live up to expectations.