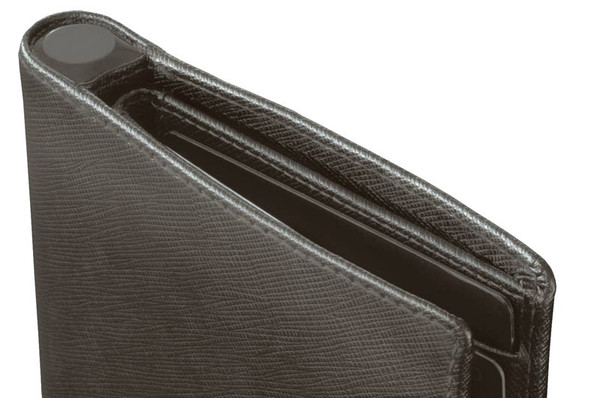 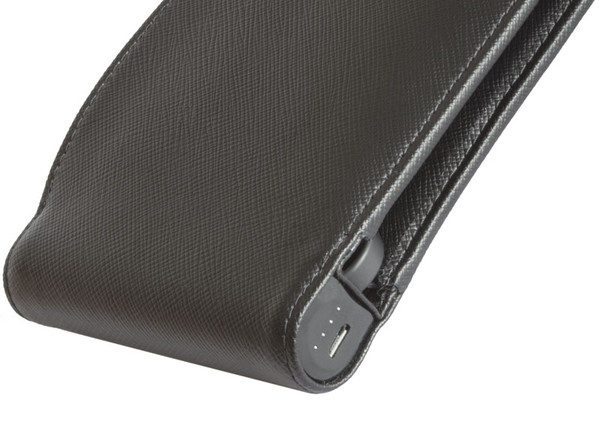 The wallet looks and feels a lot like what one would expect from a product in this price range — it will cost $80 USD when it ships on November 15th — with a black grained leather exterior and room for up to six credit cards, along with a compartment for paper bills.

Nomad says that Wallet’s battery will charge an iPhone 6 or 6s to 100 percent, and the iPhone 6 Plus or 6s Plus to nearly 80 percent. Its integrated battery can be recharged via microUSB in a couple of hours.

Of course, thickness is the biggest carrier to integrating a battery into a product such as this, but Nomad says that at 25mm at its maximum it’s size is comparable to other folded wallets.

The Wallet will ship to Canada for an additional $11.75 using USPS First Class cross-border conveyance.

We’ll have a review of Wallet when we get a sample in the next couple of weeks, as I’ve really enjoyed Nomad’s other products, including its Apple Watch charger, Pod, or its NomadPlus and NomadKey accessories for travellers.

Nomad also says that an Android version is coming soon, with an integrated microUSB charger.