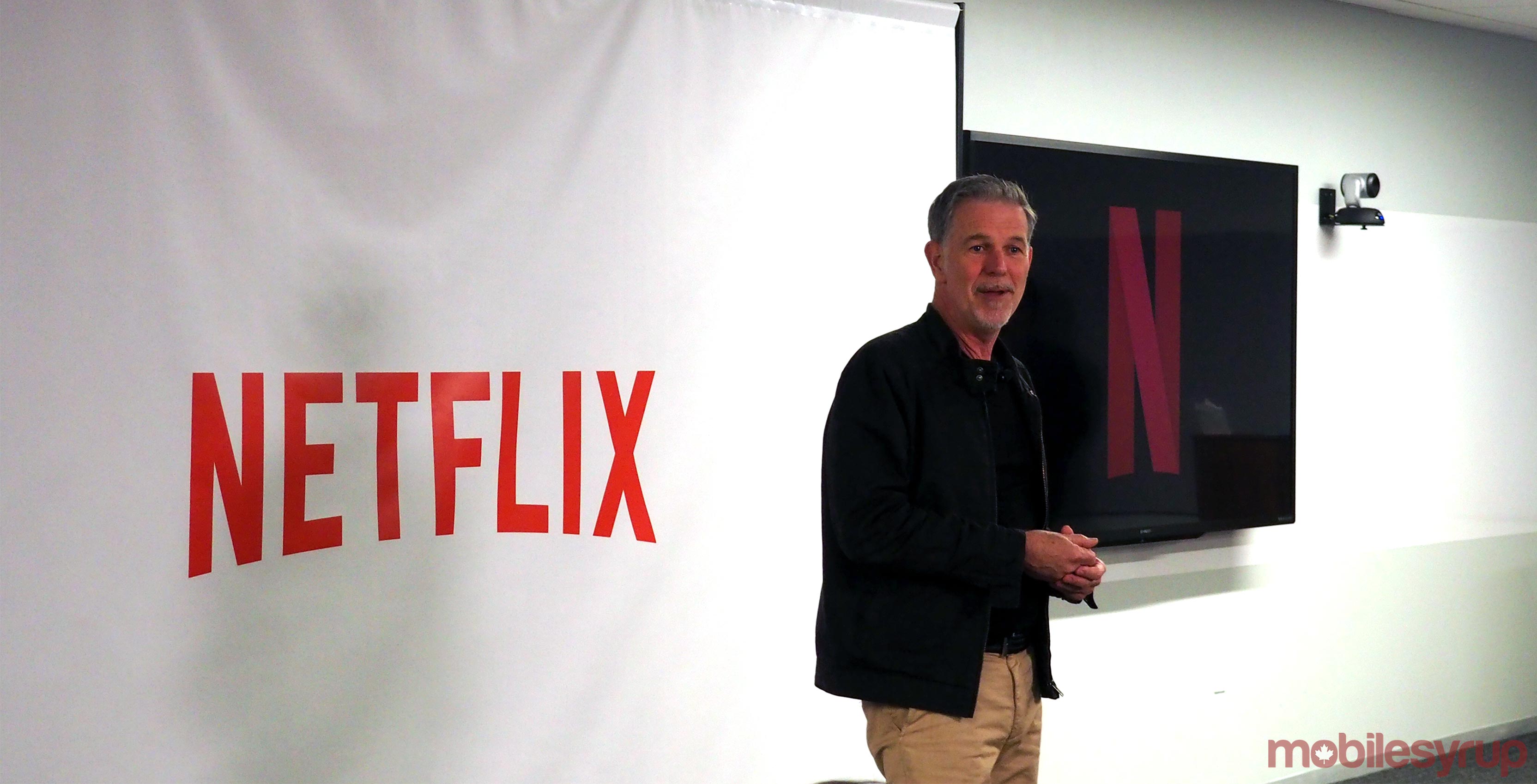 At a press event today at the company’s Hollywood office, Netflix CEO and co-founder Reed Hastings hosted a Q&A panel to talk about how the company creates content creation in response to competitors and addressed concerns of technological advancement.

To start, when asked what he thinks about the dangers of increasing reliance on internet and other technologies — particularly as seen in Netflix’s own techno-paranoia series Black Mirror — Hastings said he’s not too concerned about matters getting out of hand.

“I’m an optimist about all this technology adoption — we will work through these things and find that balance,” said Hastings. “But we have to be honest to ourselves that not everything about the internet is fantastic. We have to have that mature conversation about that.”

While Netflix has diversified its traditional TV and movie-based content lineup with the likes of documentaries and comedy specials, there are some content types that the company has not yet gotten into, like news coverage. To that point, Hastings was also asked how he thinks Netflix should respond to traditional networks that offer this kind of content.

“To follow a competitor? Never!” said Hastings with a laugh, before moving on to a more serious note. “No, we have so much we want to do in our area that we’re not looking to copy competitors. We don’t do news, we don’t do live sports — what we do do, we try to do very well.”

In regards to mounting pressure from rivals like Amazon Prime Video, HBO Now and Disney’s planned 2019 streaming service, Hastings said Netflix needs to focus on its own output to be successful. “The threat is probably that we [Netflix] just slack off. It’s so easy for companies to just lose their edge. […] What we have to do is win by being focused. Their strategy is to win by being broad. We can win by being focused on the passion play because their strategy is breadth.”

Hastings added that consumers will subscribe to multiple services, provided the content offering continues to be good. “Nobody drops HBO because Netflix is doing well. This isn’t a zero-sum.”

For more coverage on Netflix production and other business, stay tuned to MobileSyrup throughout the week.

This article has been updated to reflect this.