This phone is never officially coming to Canada 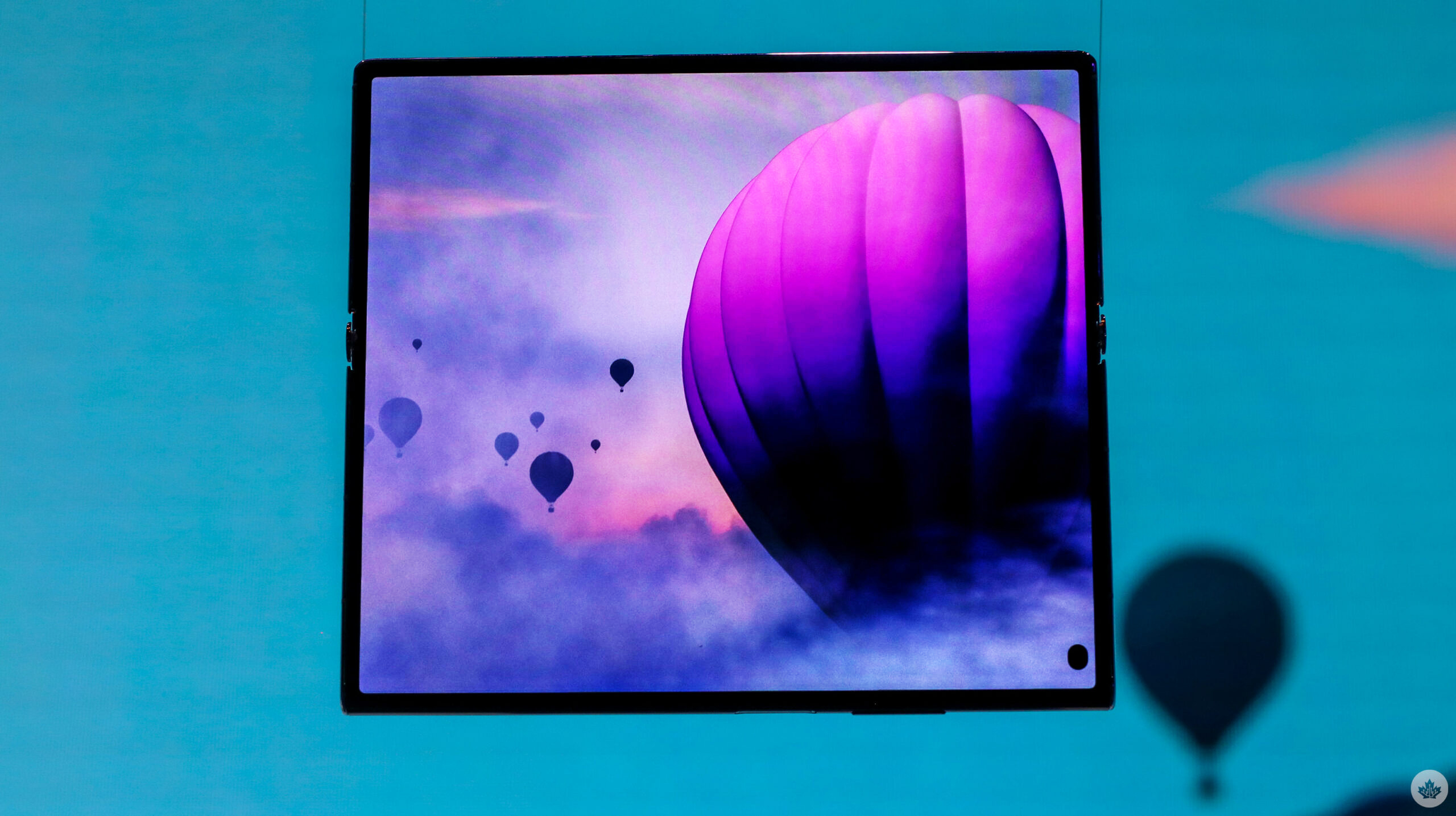 I don’t try to hide that I’m a huge fan of foldable smartphones. The Galaxy Fold 3 is one of my go-to daily drivers because I love to take notes, use a big screen to watch content and I’m a sucker for gimmicks. So when I got the opportunity to go hands-on with the Mate Xs 2, I was pretty excited.

Why talk about a phone that’s not coming to Canada? Mostly because the Mate Xs 2 shows how much foldables have improved over the years, and some of you might still want to purchase the phone through other methods — such as Alibaba or somewhere of the like. 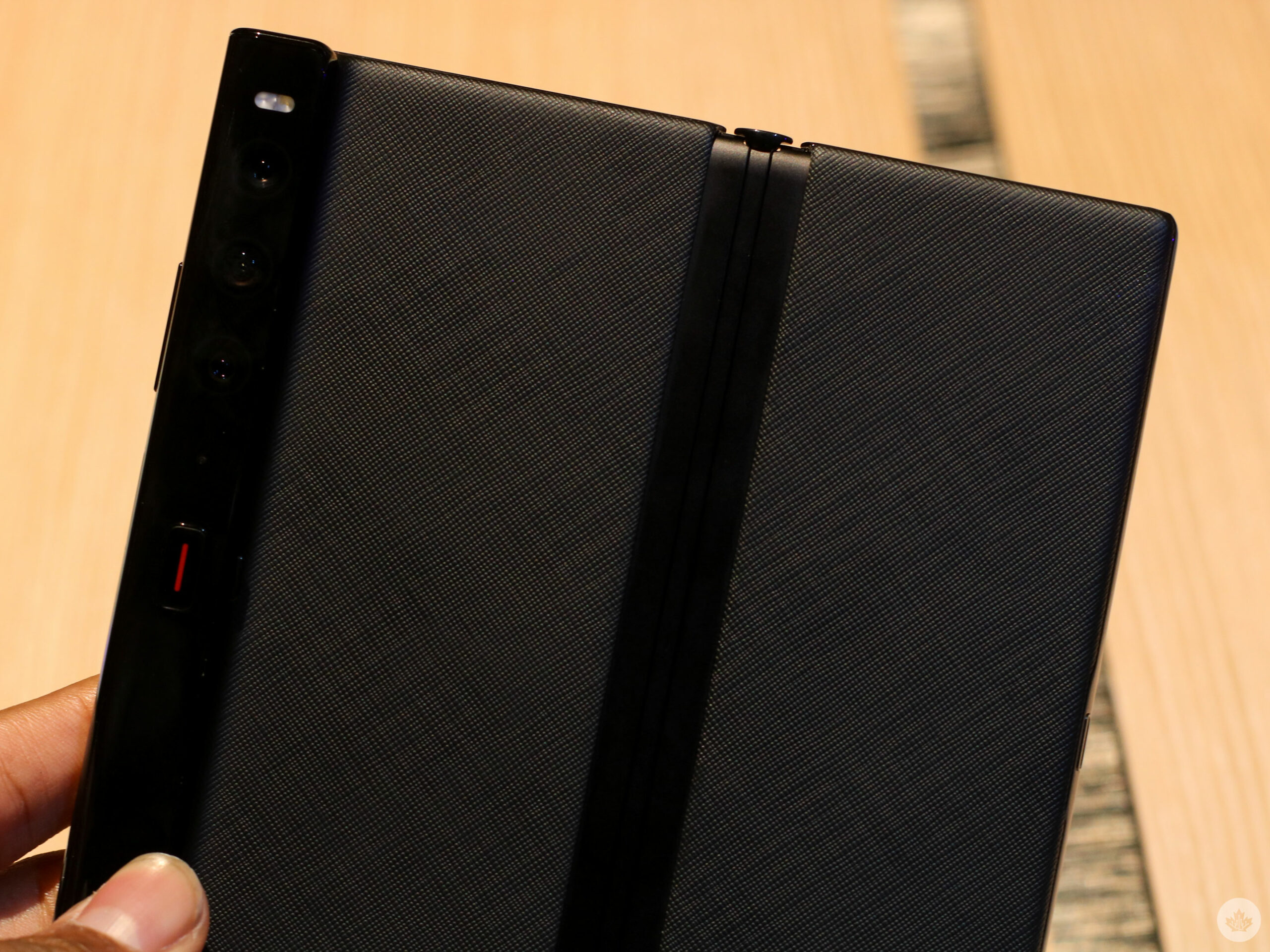 I spent only two to three minutes with the device, so this is mostly some quick impressions of the hardware. The device uses EMUI 12’s Harmony OS, and I would require a lot more time checking that out before writing about it. 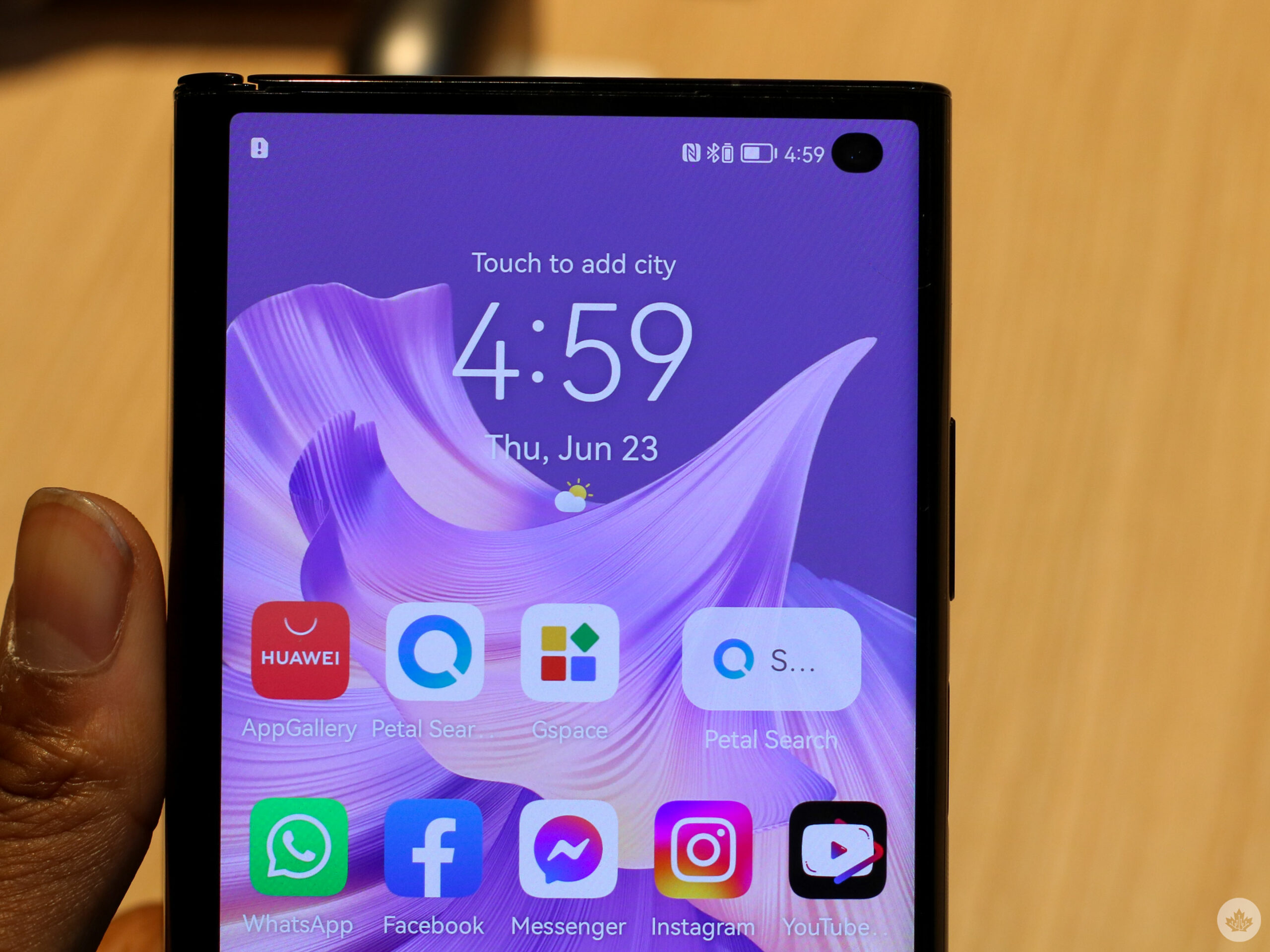 Huawei’s foldable is ultra-light and ultra-thin. When I held it I could immediately tell it was lighter than my Fold 3 even though the difference is only about 20g. And while the size wasn’t completely noticeable when unfolded, when folded you can tell there’s a difference of about 5mm.

I appreciate this because, as I noted in my review of Samsung’s phone, it’s definitely a foldable monster. Still, Huawei’s handset is quite large, and if you’re not used to foldables, you’ll definitely feel like you’re holding a miniature tablet.

It seemed like the Mate Xs 2 sported a much larger display than the Fold 3 for some reason, but the difference in size is actually negligible. The Xs 2 uses a 7.8-inch panel, compared to the 7.6-inch screen on the Fold 3. The Xs 2’s screen looks nice, but I didn’t spend a lot of time looking at much on the display other than the phone’s home screen. Specs-wise, the Xs 2 has a better pixel resolution than the Fold 3 as it sports a 2200 x 2480-pixel resolution and Samsung’s device offers a 1776 x 2208 resolution; therefore, the viewing experience should be better. This screen also features a 120Hz refresh rate and 240Hz touch sampling rate. 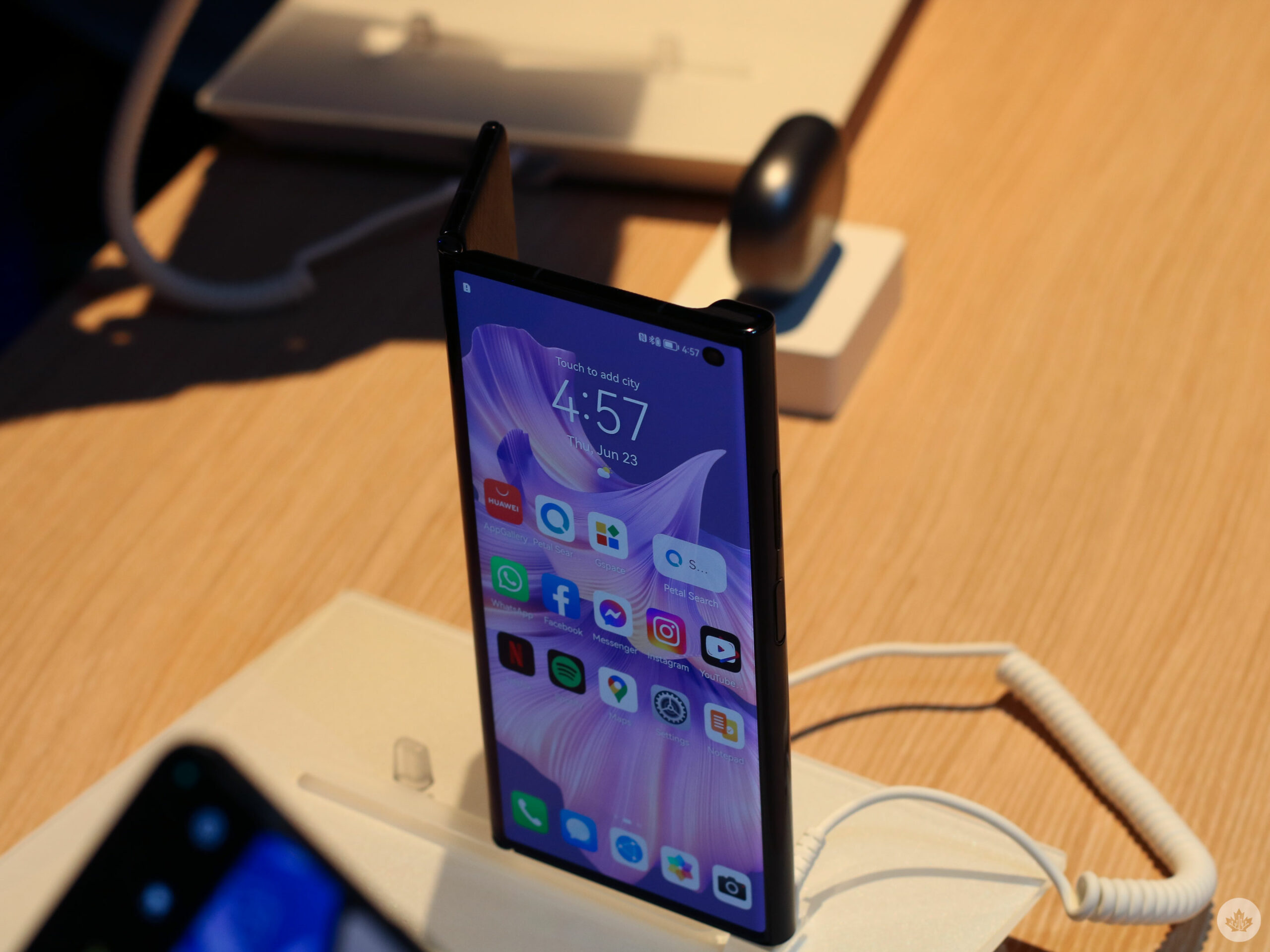 The Mate Xs 2’s folding mechanism is kind of weird to get used to. The Fold 3 folds like a book, which always made sense to me. However, the Mate Xs 2 only has one display instead of two like the Fold 3. So, the Mate Xs 2 folds outwards, the opposite of the Fold 3. An outward folding design leads to the Xs 2’s display being on both sides of the device. This method makes it seem very easy to accidentally damage the phone’s only screen. And while most handsets only have one display that can be wrecked, the Xs 2’s screen is on both sides.

Even though I found the outward folding design odd, the handset felt pretty solid in hand, even after folding and unfolding it over and over again. 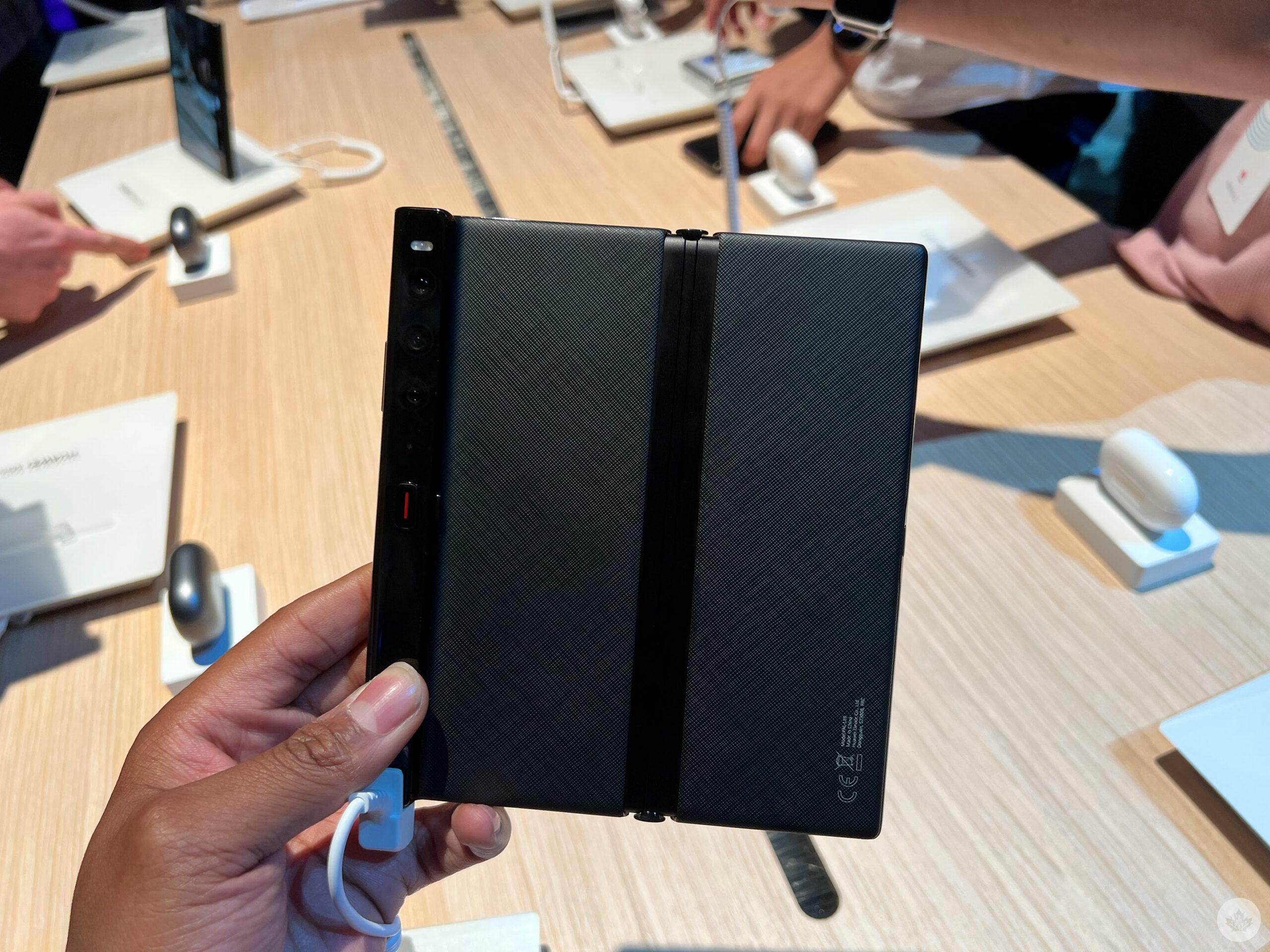 The Xs 2 also features a 50-megapixel primary camera that I, unfortunately, didn’t get to try out very much. The shot seemed good and, from previous devices, I have good faith in a Huawei phone’s camera, but I can’t say definitively without further testing. I also couldn’t test out the phone’s battery, but it sports a 4,600mAh power cell. The Z Fold 3 uses a 4,400mAh cell and has an extra display, so the battery life might be comparable or a bit better, but that’s impossible to say without testing. 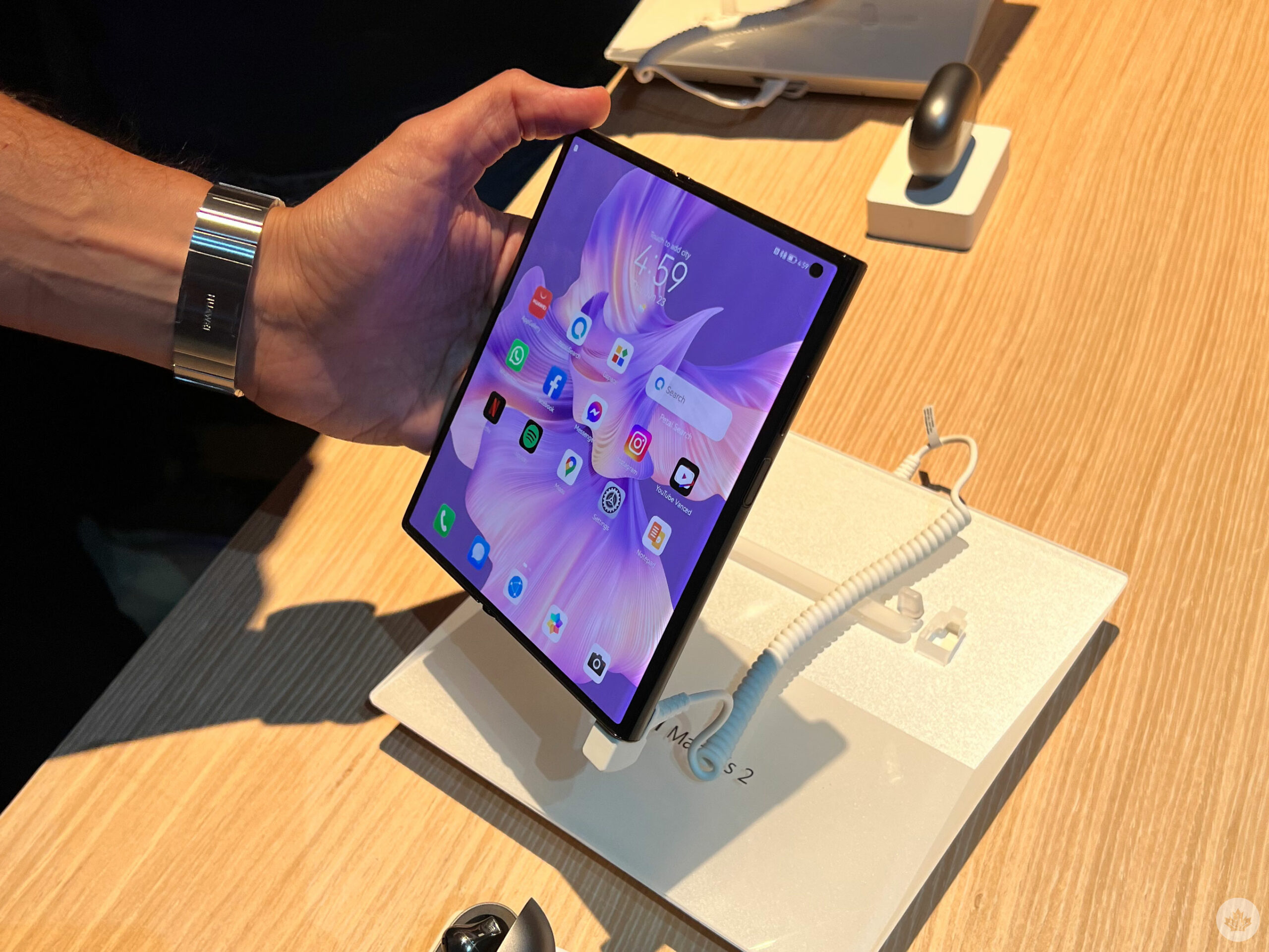 Whenever someone asks me about my opinions on a smartphone, my go-to thing to say is “if it doesn’t fold, it doesn’t matter.” I don’t actually believe in this, but I really find foldable handsets interesting. This smartphone is for sure not coming to Canada, so don’t get your hopes up.

But it’s another glimpse at what foldable hardware can do. I don’t think there will ever be a day when foldable smartphones will take over and be for everyone but seeing different form factors, like the Mate Xs 2 and the Z Fold 3, brings hope to my foldable-shilling heart.