iPhone 7 and 7 Plus hands-on: Death of the headphone jack 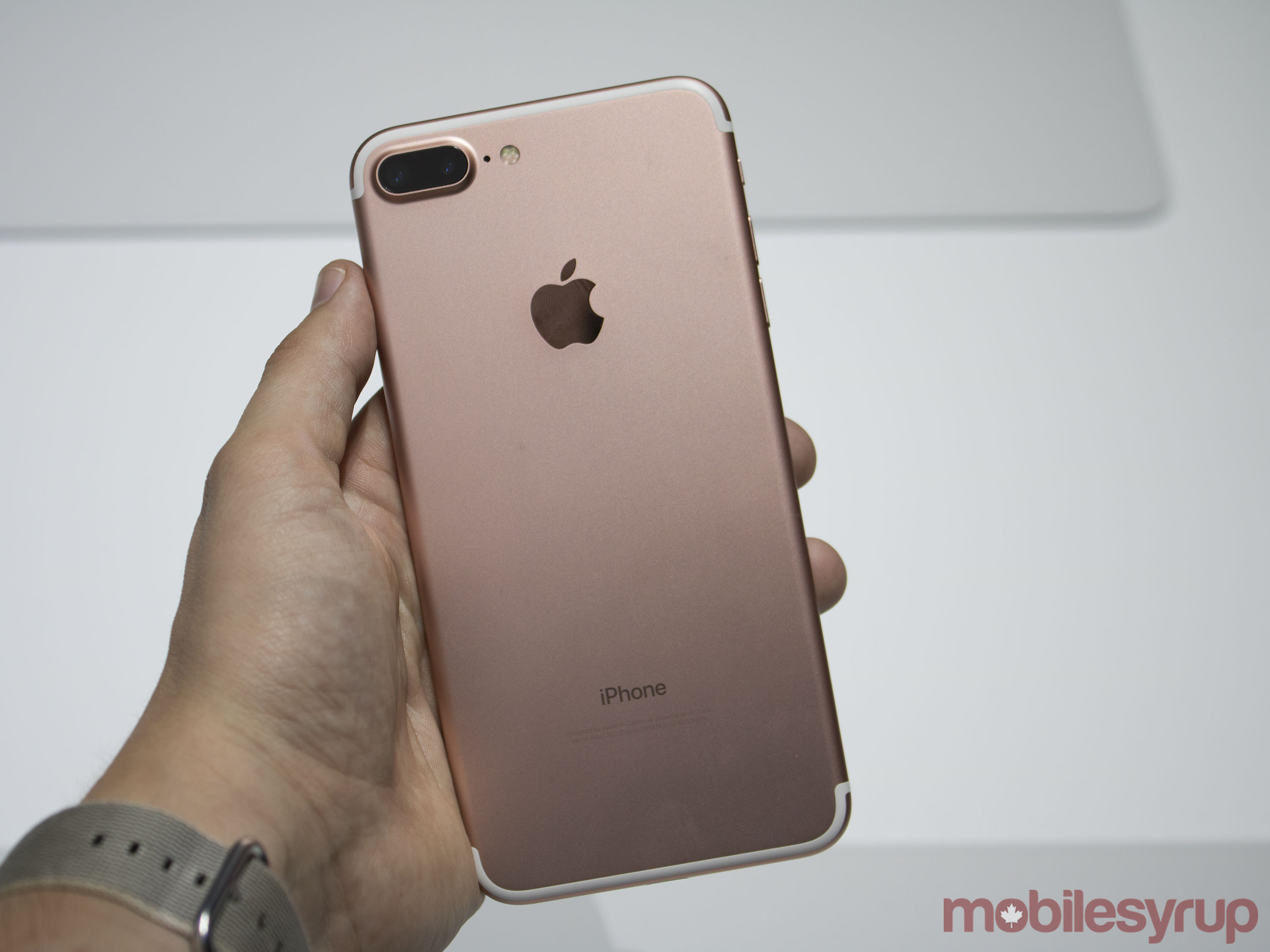 After going hands-on with the iPhone 7 and 7 Plus for a brief amount of time following Apple’s keynote today, it’s safe to say that both devices bear a striking resemblance to their predecessors.

The overall form factor of the phone feels nearly identical to the 6s and 6s Plus, though there is a new Piano Black version that features a glossy finish that’s actually surprisingly grippy. The iPhone 3GS-like Jet black is a fingerprint magnet, however, and reminds me of the Note 7, S7 and S7 Edge’s glossy body.

Both devices also feature the same top and bottom bezels Apple has adopted for the last few years and a big circular home button, though it’s not physical anymore (more on this later). The 7 and 7 Plus camera bump is rounded now and meets the phone’s  lens, or lenses in the case of the 7 Plus.

The iPhone 7 itself measures in at 138g, making it slightly lighter than the iPhone 6s, though I didn’t notice much of a difference. The 7 Plus on the other hands, is actually heavier than the 6s Plus, coming in at 188g versus 172g. Strangely, the 7 is still 7.1mm thick, the same thickness as the iPhone 6s, so Apple didn’t use the removal of the 3.5mm jack as an opportunity to make the phone thinner (the 7 Plus is 7.33mm). For me, making the phone thinner would have made the removal of the headphone jack justified.

So unlike some expected, there are some minor changes with the 7 and 7 Plus over their predecessors in terms of aesthetics, though its more the device’s internals that will push most to upgrade to Apple’s latest hardware. 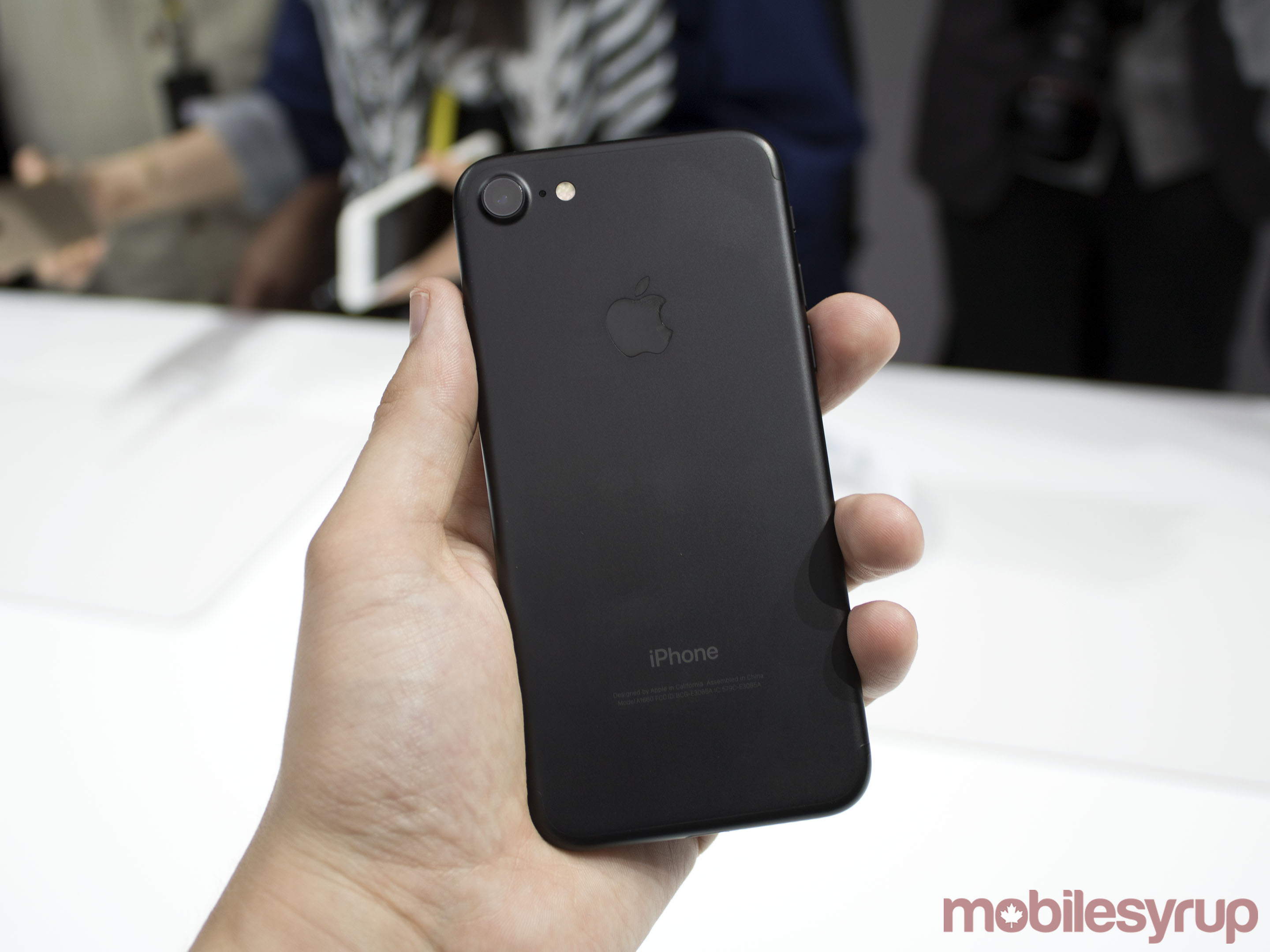 Let’s get this out of the way first: yes, there is no 3.5mm headphone jack in either device, and no, that does not mark the end of civilization, though it’s hard to agree with Apple’s view that it took “courage” to make this move. The tech giant says it will include both a lightning to 3.5mm adapter and new lightning headphones with the smartphone, negating this issue for most part, though it’s true that the removal of the port is a deal breaker for some.

What Apple really wants you to do, however, is to buy the company’s new $219 CAD wireless AirPods, which, as you might have expected, are sold separately. I briefly went hands-on with the AirBuds and was pleased to discover that they fit comfortably in my ears, primarily because they’re on-ear and aren’t in-ear headphones that feel like a worm is borrowing into my head. 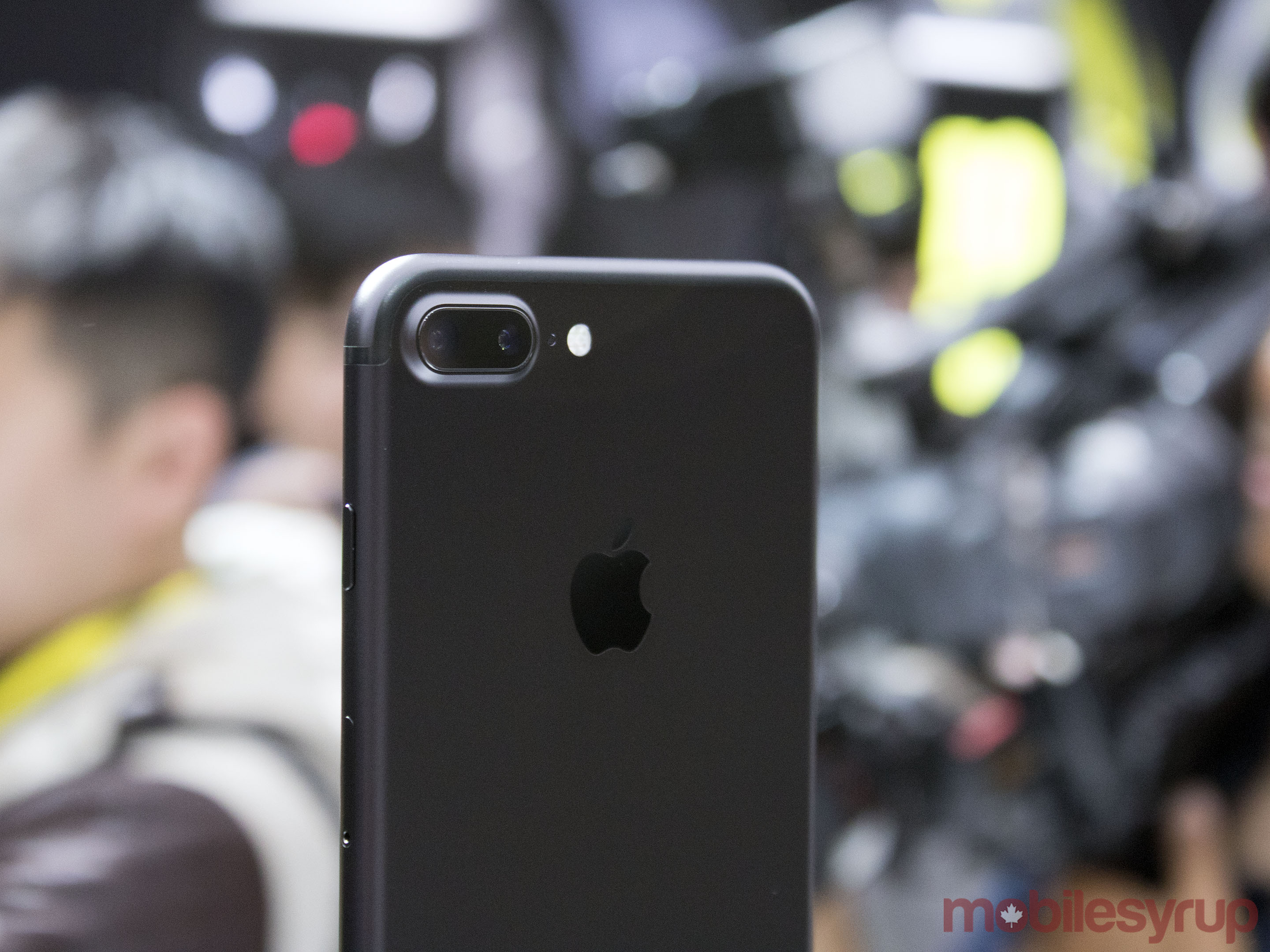 While I didn’t spend a significant amount of time with the iPhone 7 or 7 Plus’ shooter, the phone’s 12 megapixel rear facing camera is impressive, fast, and most importantly, seems to live up to the company’s lofty claims.

Lowlight performance seems to be improved significantly and images look considerably more vibrant, though a busy hands-on area isn’t exactly the best location to test a device’s camera. The iPhone 7 Plus’ dual-camera 2X zoom seems to work as advertised, with the difference between both shots actually being more noticeable than I expected. The iPhone 7’s front-facing camera has also been upgraded to 7 megapixels. 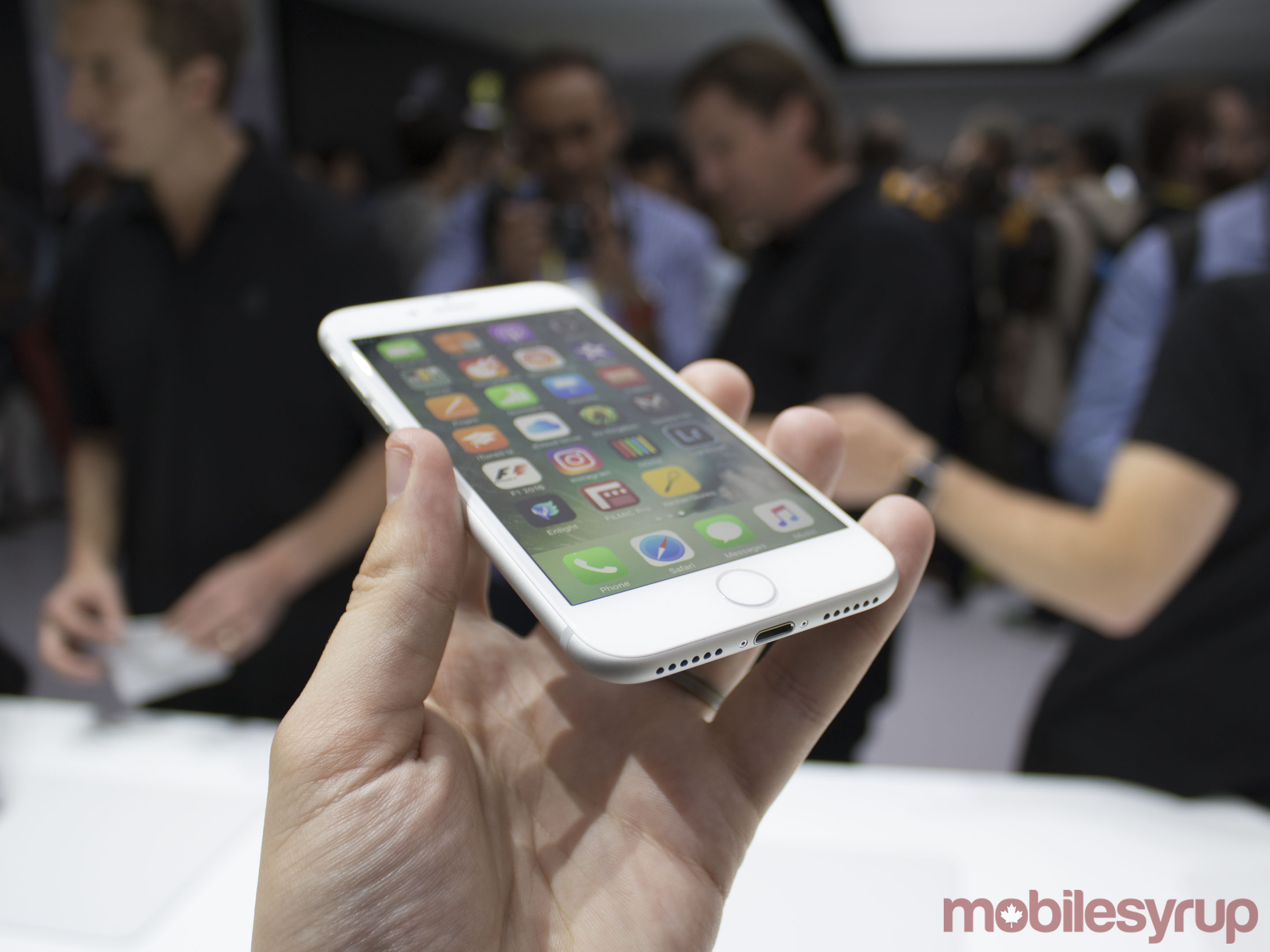 More testing of both phone’s cameras is necessary before passing final judgment, but at the very least, they seem to live up to Apple’s lofty photography claims. It’s also interesting that Apple’s iPhone 7 Plus Bokeh-rich dual-camera depth of field feature, which was heavily touted during the press conference, isn’t ready for release yet, with it arriving via an update later this year (this feature only works with the iPhone 7 Plus).

One new feature that I’m not particularly fond of but could be just a matter of me getting used to, is the iPhone 7’s new ‘taptic engine.’ Similar to the 2015 and 2016 Macbook’s trackpad, the iPhone 7’s circular Home button doesn’t actually feel like you’re hitting a button. The vibration also doesn’t feel the same as the MacBook’s trackpad and features a more aggressive click to it. An Apple representative, however, did show me how the Home button’s sensitivity can be altered, so perhaps that’s the key to it feeling more natural. I’m willing to give the new Home button a shot, but at least at the outset, I’m not a fan of it. 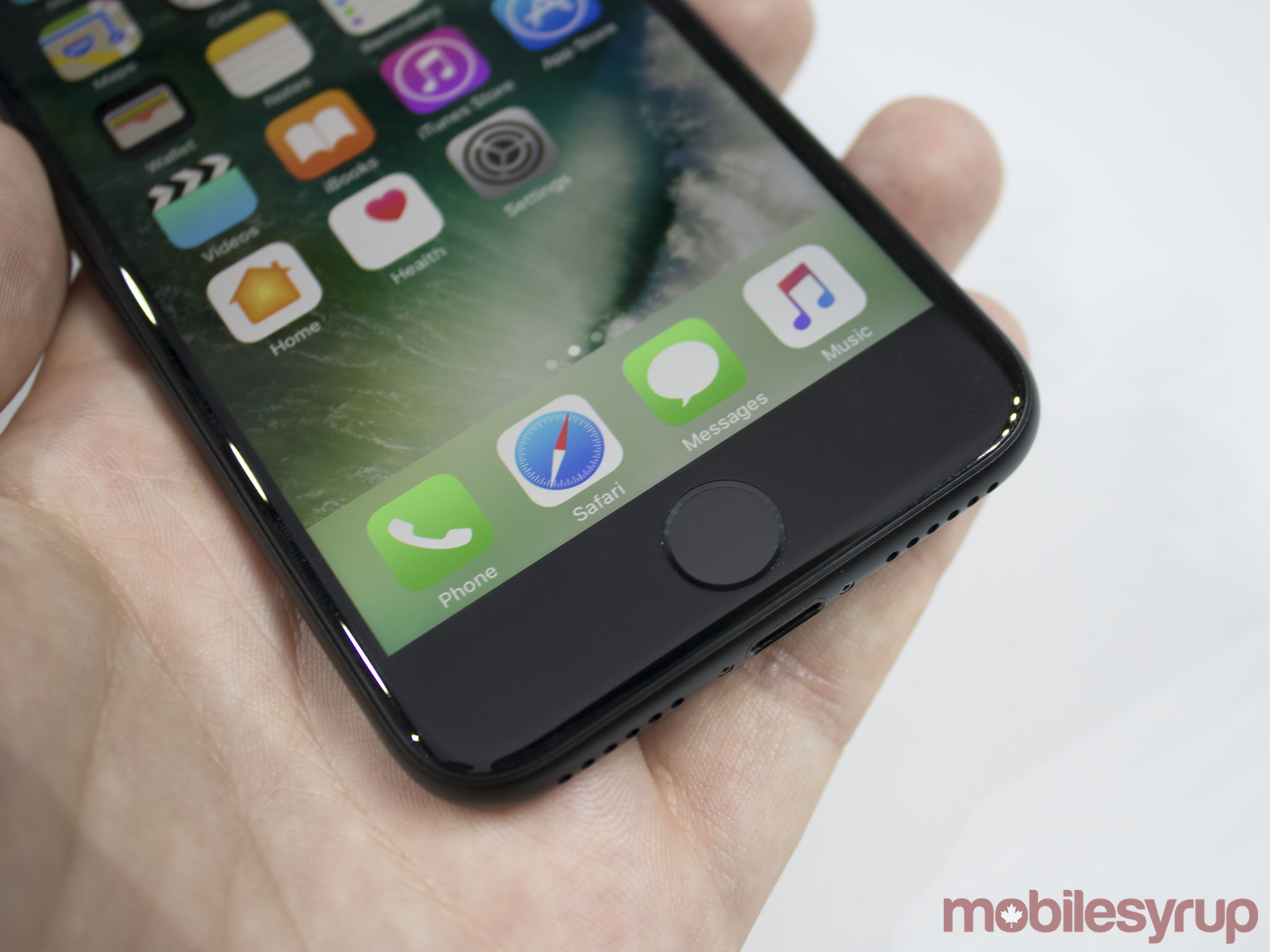 The iPhone 7 and 7 Plus are also finally IP67 dust and water resistant, feature stereo speakers, and as expected, a new quad-core A10 Fusion processor that Apple claims is 40 percent faster than the A9 featured in the iPhone 6s and 6s Plus. Trying out features like these is a nearly impossible task in Apple’s journalist-filled hands-on area, and further testing is definitely required.

Whether or not the iPhone 7 and 7 Plus is for you will depend on what you expected out of Apple’s flagship smartphone this year. It’s clear the end of 2016 and 2017 is an iterative year for the company, taking a page out of Samsung’s small steps forward strategy. For some, these upgrades, especially the improved camera performance, will be more than enough reason to warrant a purchase. Others, however, likely expected much more out of the Cupertino, California-based tech giant. 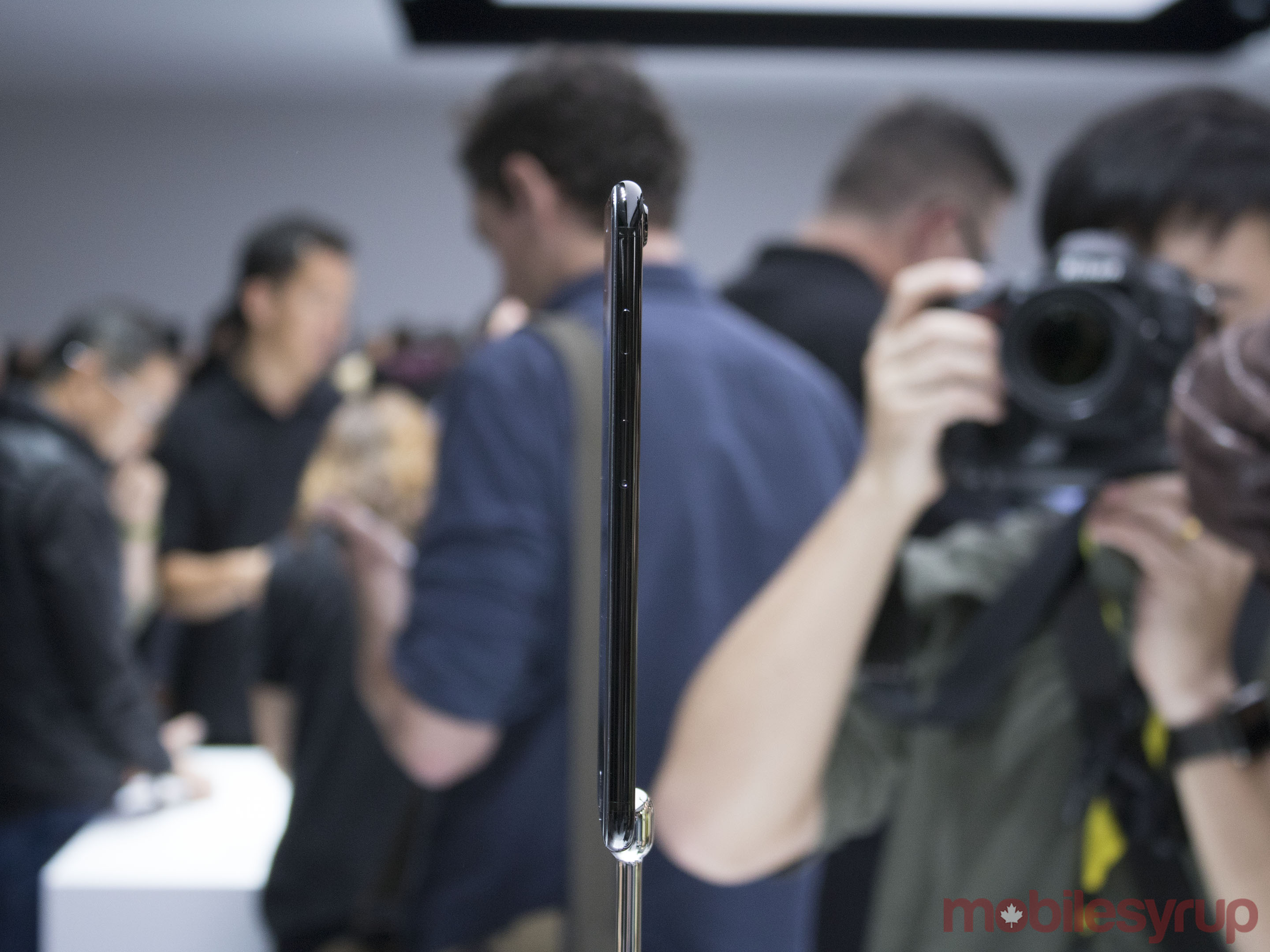 We’ll have more on the iPhone 7 and 7 Plus, including an extensive hands-on, in the coming weeks. 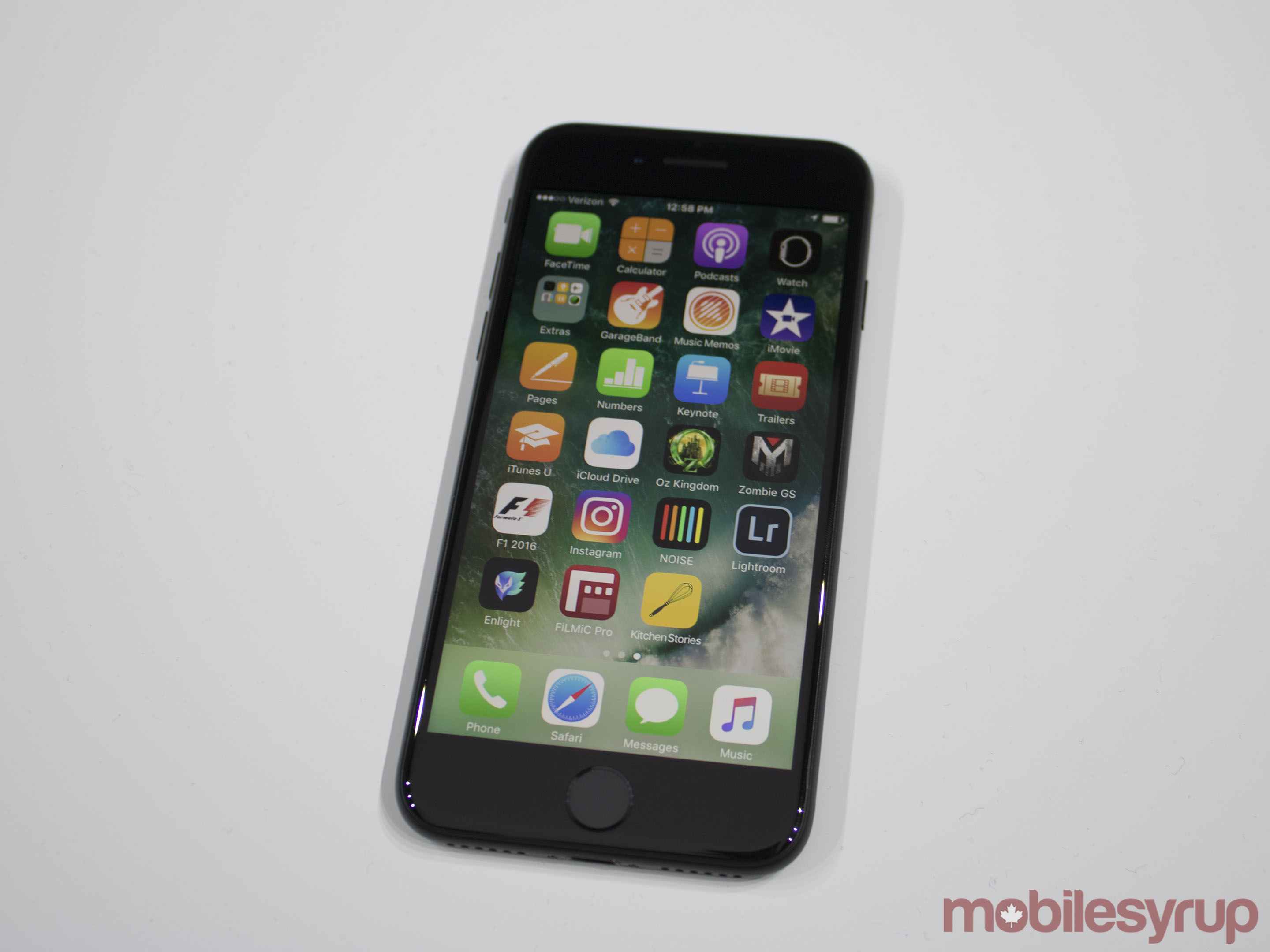 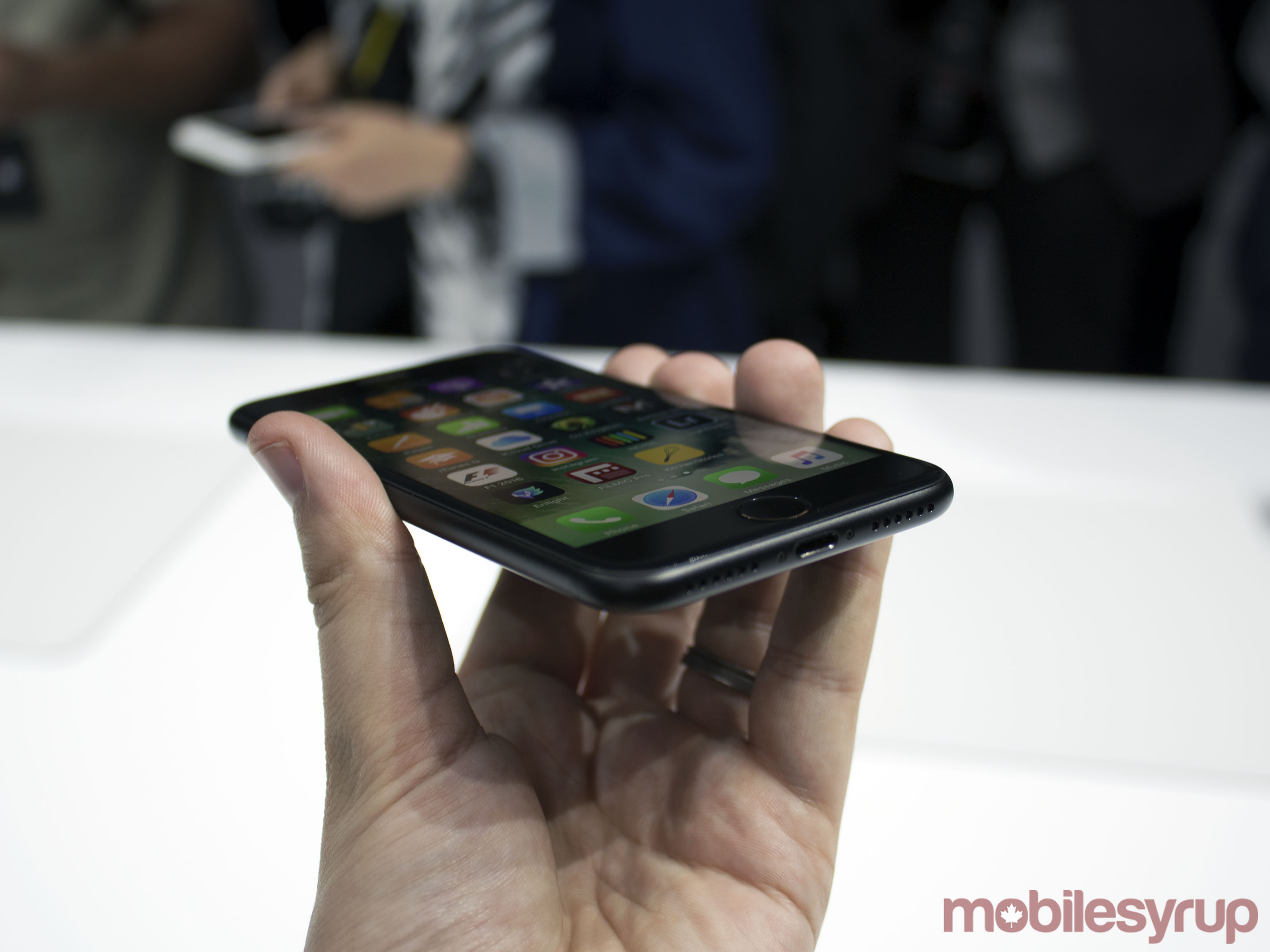 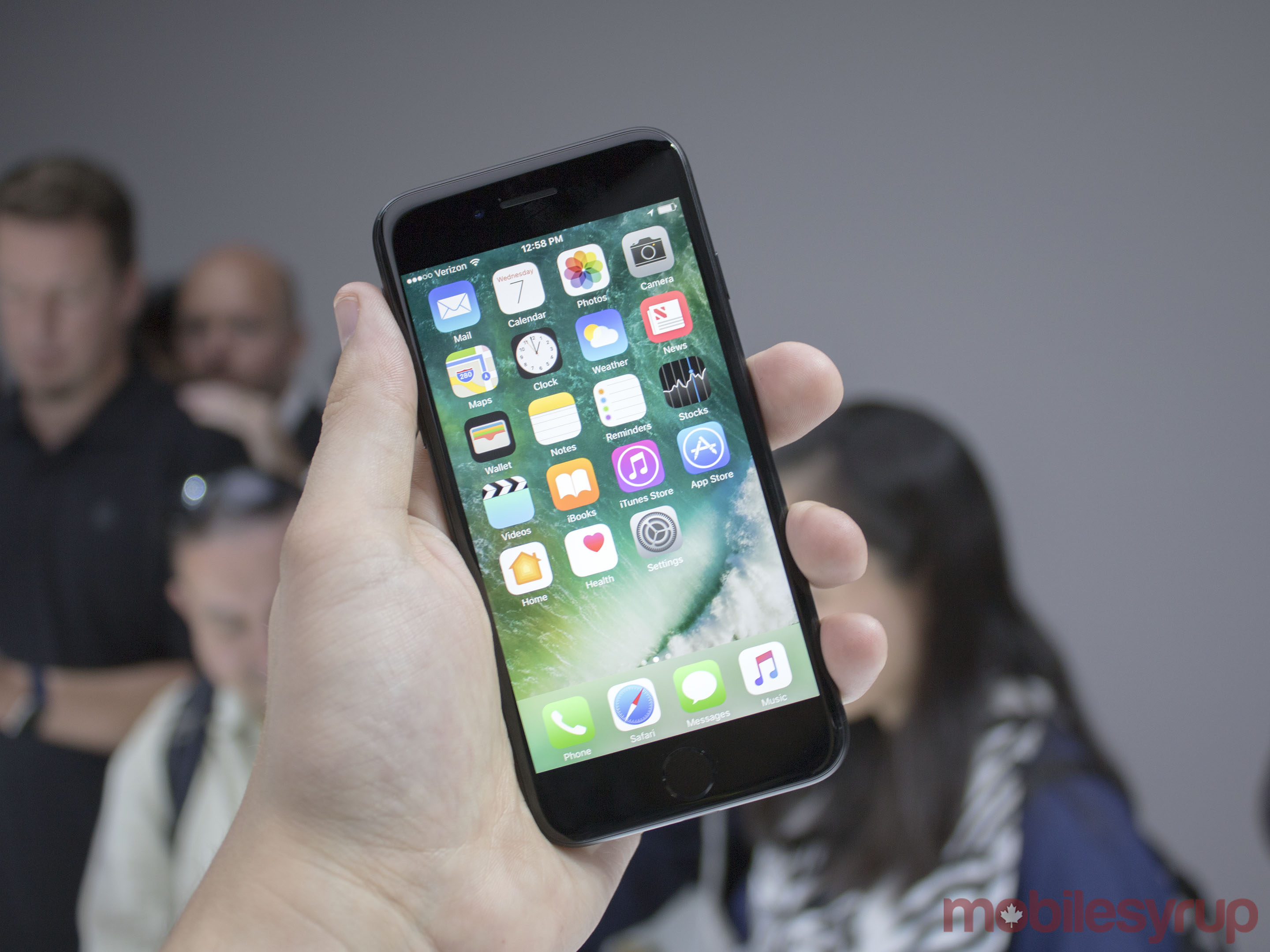 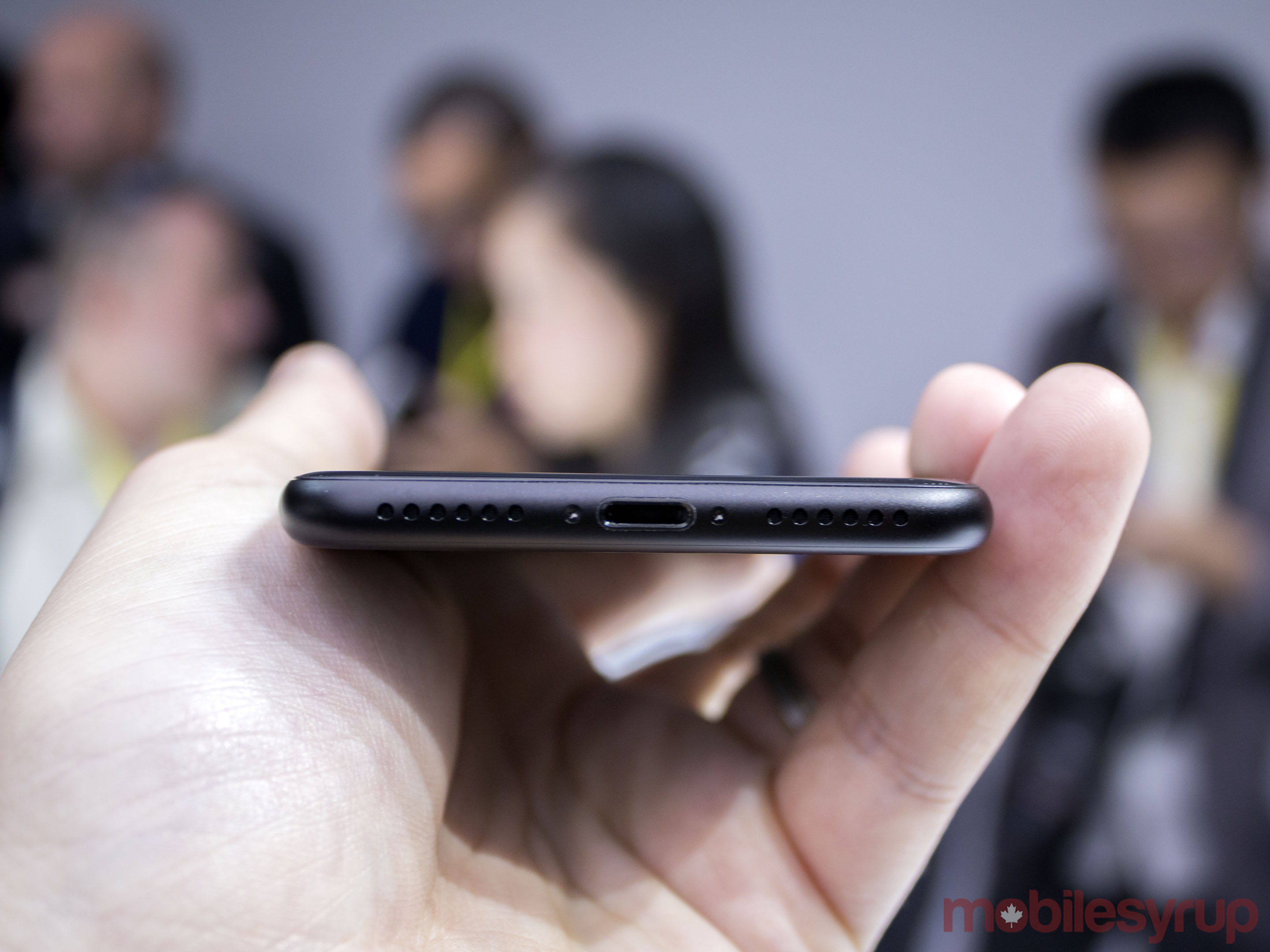 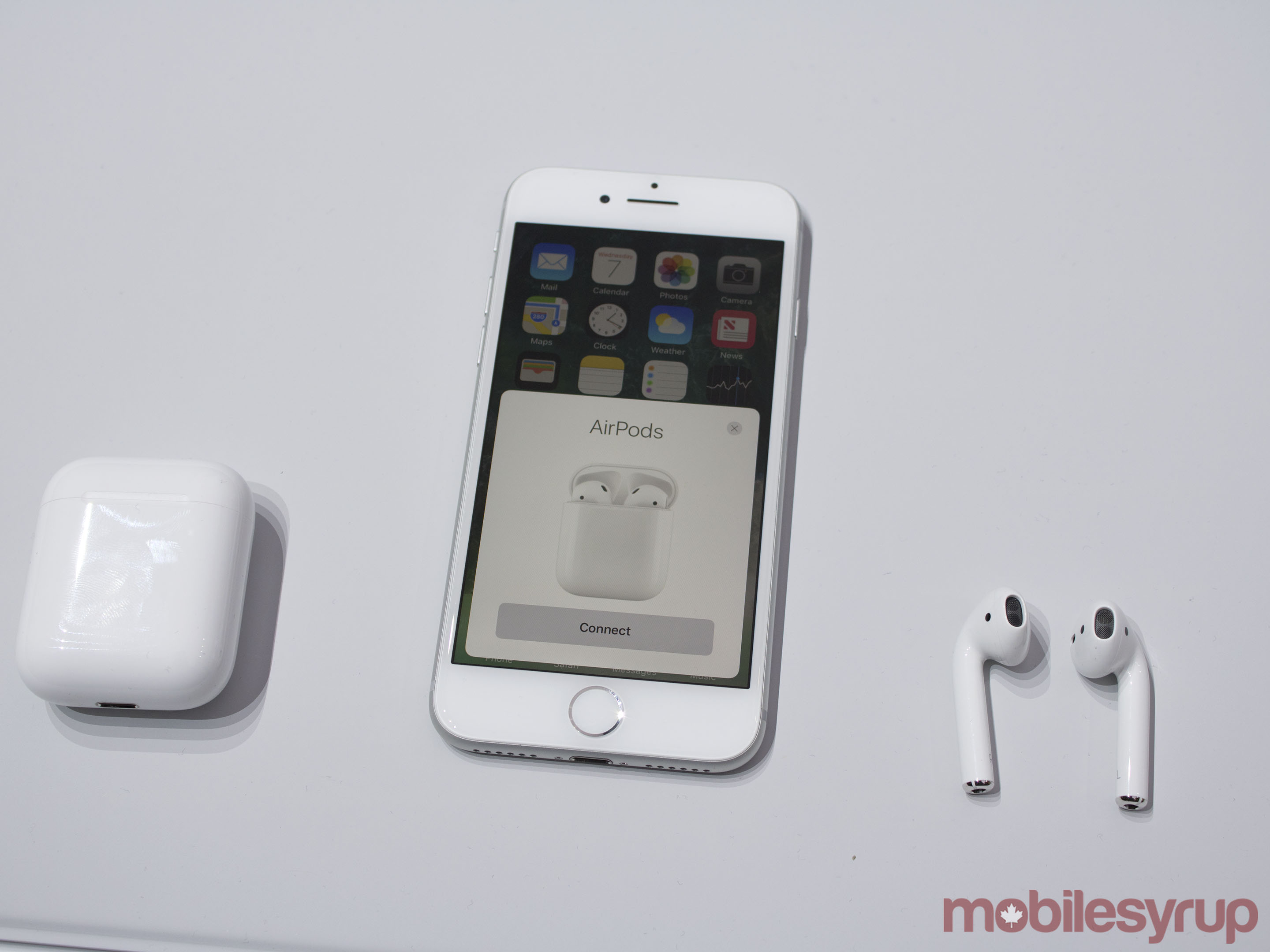 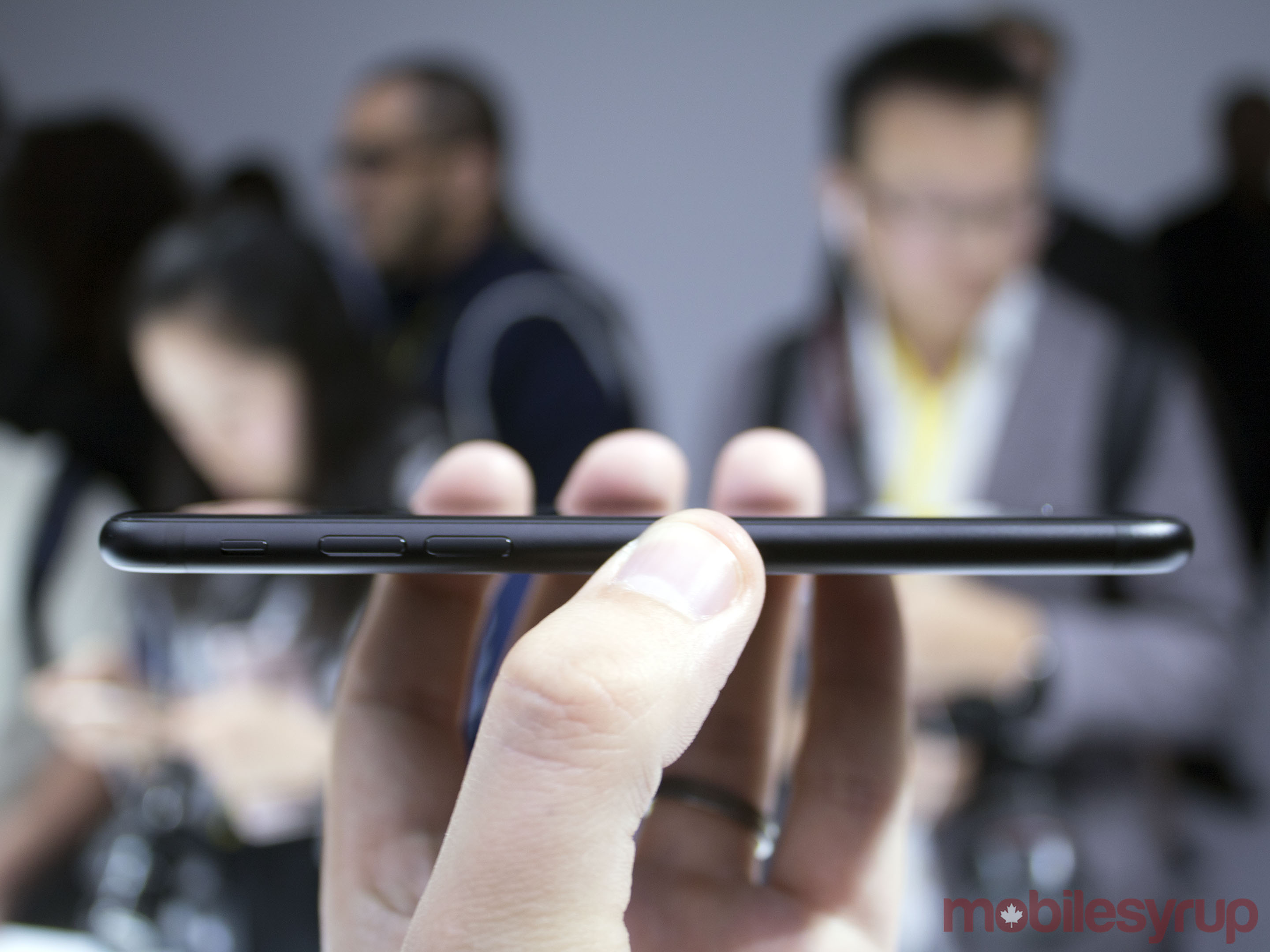 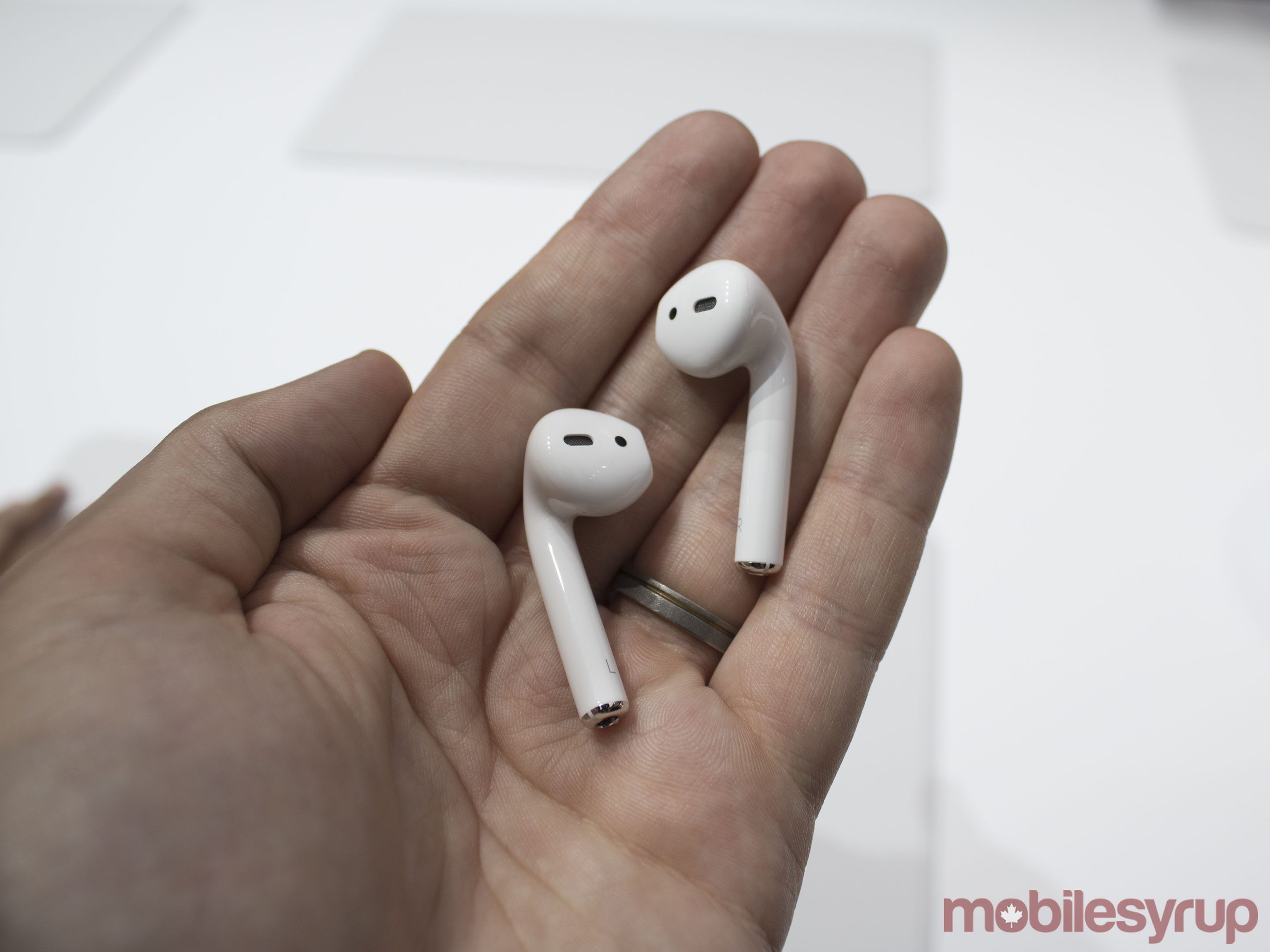 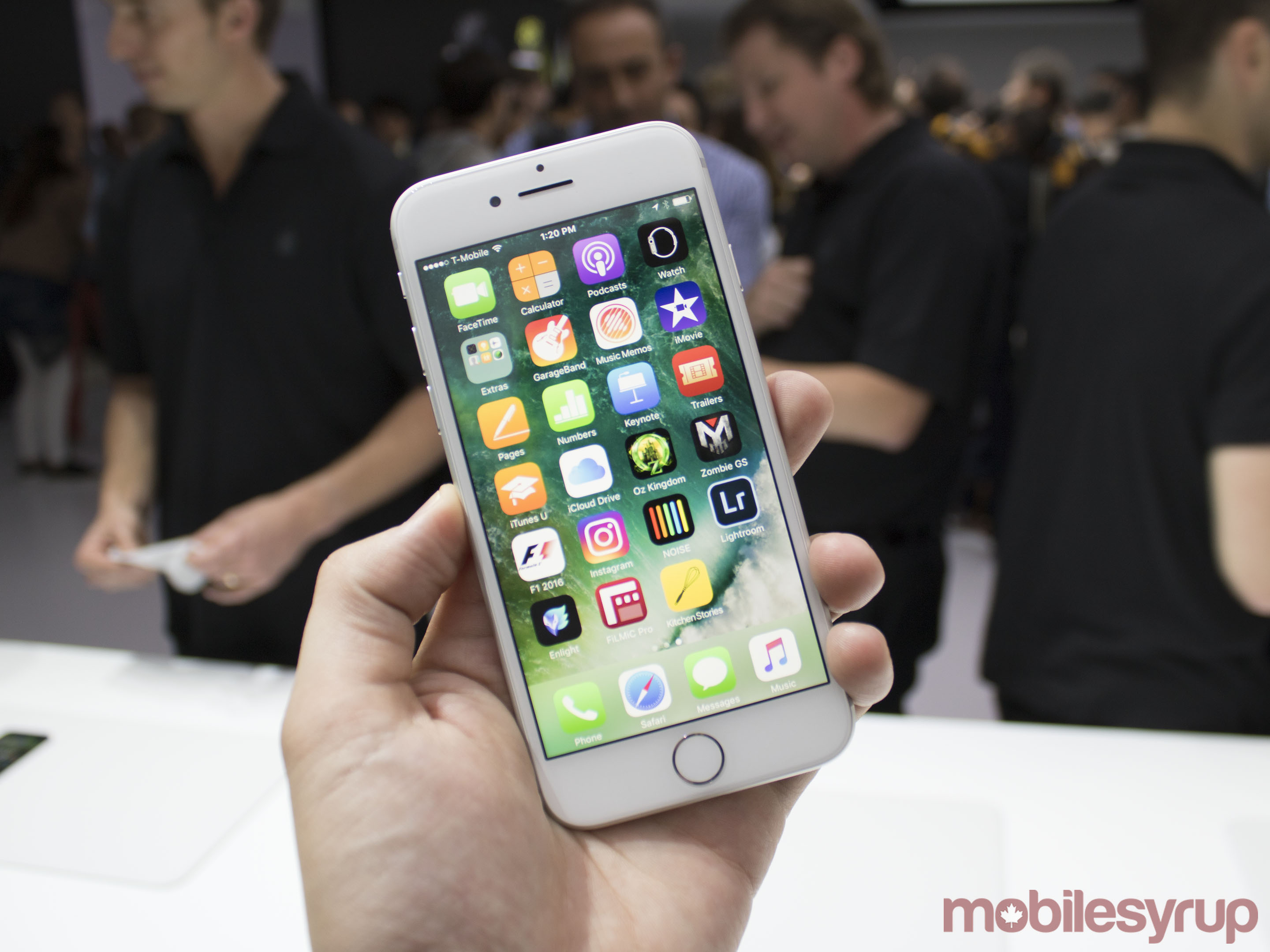 Related: Apple announces iPhone 7 and iPhone 7 Plus, coming to Canada on September 16