Akira and the rise of telemedicine in Canada 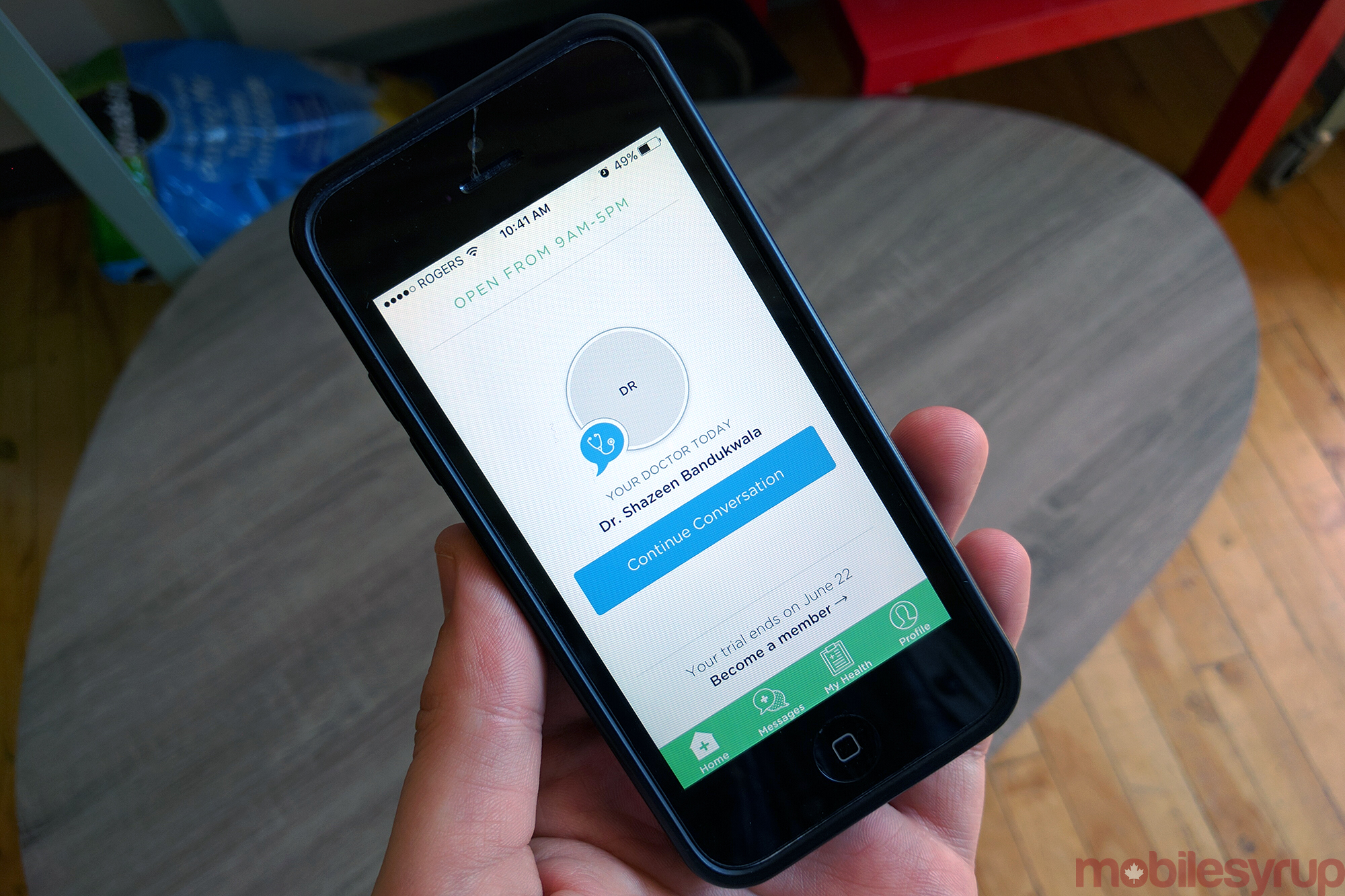 For under $34, many Canadians can purchase a meal, see a movie or even buy a weekly bus pass. What most Canadian’s don’t know however, is that an average doctor’s appointment costs the province just under $34. 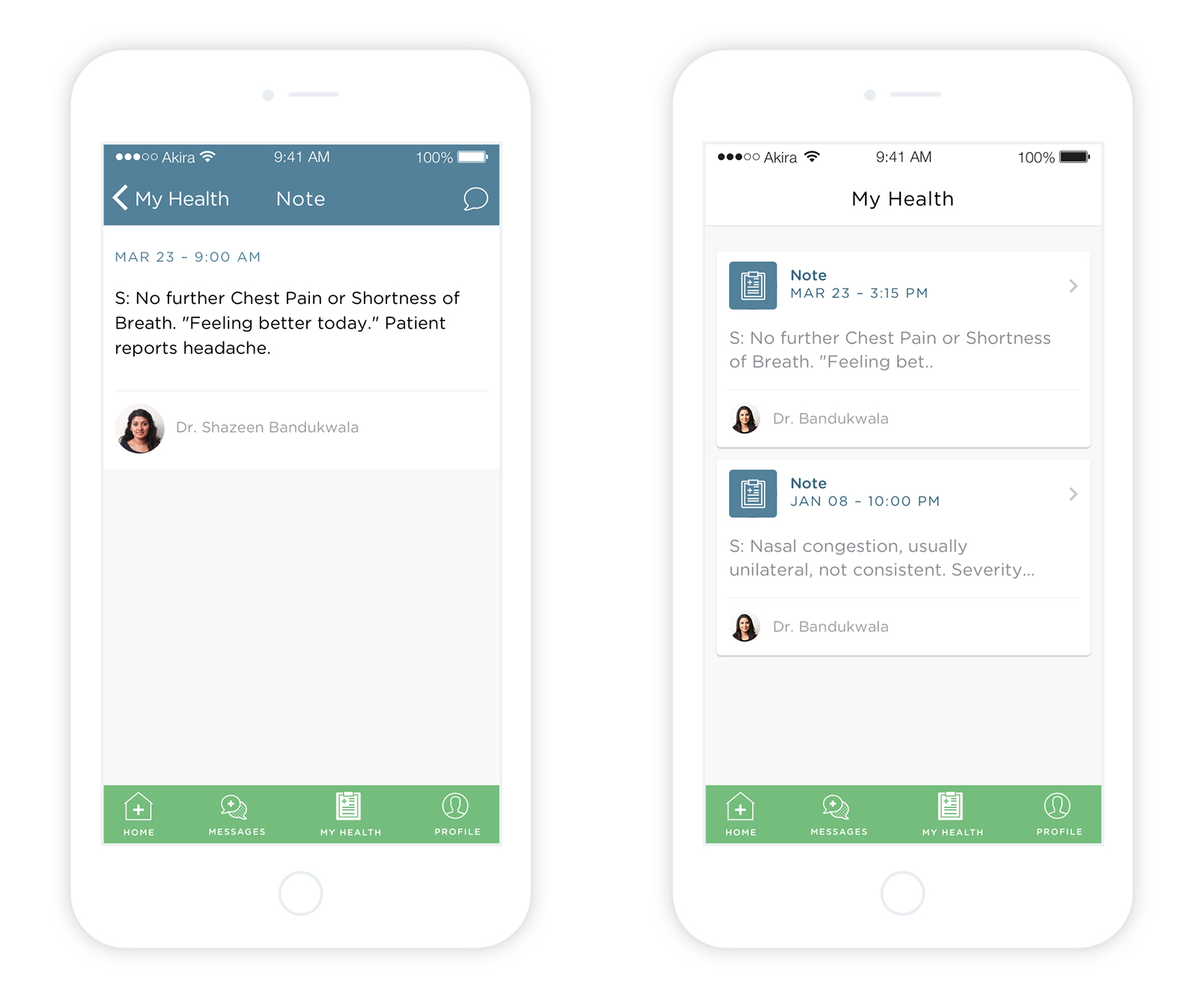 Canada has long been praised for its healthcare model, which is built on the philosophy of access and equality. Any Canadian with adequate health coverage has the right to use medical facilities without having to worry about unexpected fees or charges. It’s a good system, and the novelty of this system is recognized around the world.

However, the vast availability of healthcare in Canada is complicated through the absence of consistent documentation of patient visits and a general lack of consumer knowledge around how Canadian healthcare operates.

What happens when a system with so many moving parts fails to consolidate? When an organization built on the vision of access begins to leak from the sides, the system that relied on the public purse for nourishment begins to deflate and will eventually make mistakes.

Dustin Walper, the former founder and CEO of MyPlanet, saw these inadequacies first hand when he discovered he required a surgery for suspected thyroid cancer. After finding himself frustrated with the system after a year of treatments and medications he thought to himself “Someone must be working to make this better.”

No one was, which led him to thinking about taking the problem into his own hands. “I love this business that we’ve built over the past five years, but this is something I’m compelled to do.”

From there, Walper went to work. Fuelled by the inadequacies of his own experience, and still dealing with the medical system through his own lingering medication regimen, he aspired to put a doctor in the pocket of every Canadian. For the past ten weeks, the culmination of Walper’s, and co-founder Dr. Taha Bandukwala’s efforts has been in beta, and the result is finally being released to the public.

Akira is a smartphone app for iOS and Android that allows Canadians digital access to a doctor for opinions and diagnoses or common medical problems, which Walper and his team argue, use most of OHIP’s time and money. By eliminating these visits, Walper estimates that Akira and programs like it can remove a huge burden on the system.

“Seventy percent of what doctors see is day-to-day, common issues… It’s kind of an undisputed fact that telemedicine should be able to reduce strain on our system.”

Because the program isn’t covered under OHIP, the monthly cost of using the program is $9.99, while physicians on the platform receive a per-day fee, leaving no incentive for doctors to shuffle through patients without adequately assisting them. In addition, 15 supprotive companies in Ontario’s tech space have rolled out Akira as an employee benefit. 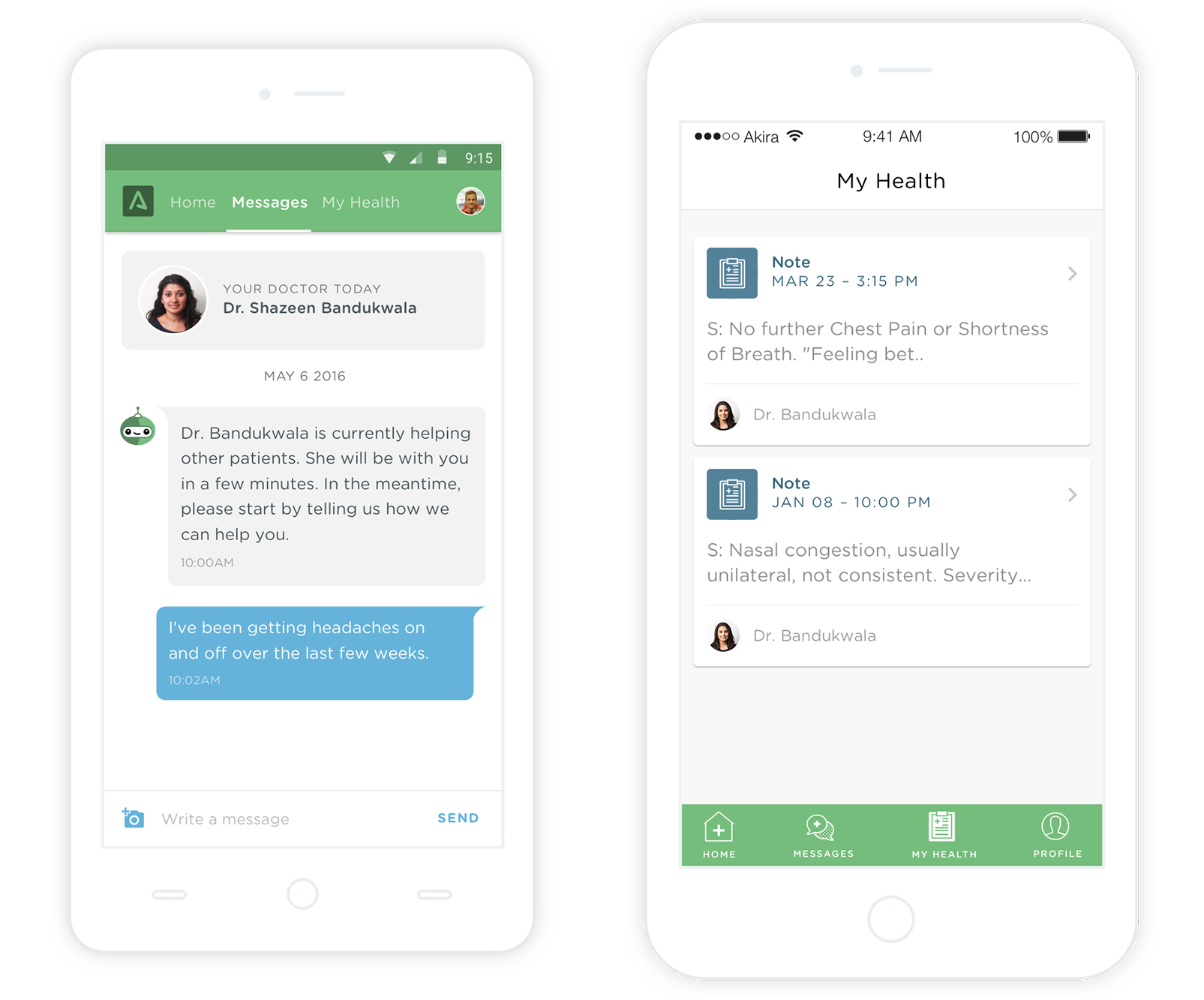 Users of the app must complete a seven-step registration process that requires them to input basic health information, that can be updated later for more detailed care. Once that’s completed, users will have access to one of several on-call doctors ready to answer questions at any given time should the scenario be too complex to discuss in a chat box, physicians have the option to request a video chat from patients or recommend that they attend a physical appointment. Chats can be saved and presented at a later date, as well as physician notes, prescriptions and other medical records.

Despite the admitted need for digital health solutions in Toronto, Dr. Paul Avram Frydrych, a physician on Akira’s platform, claims that the launch of eHealth in Ontario a few years ago didn’t meet the needs of a digital savvy-population. Some of the mistakes made during launch included the lack of integration between in patient and out patient documents. Furthermore, while Electronic Medical Records (EMRs) were available for use at the time, the EMRs being used by different offices and digital platforms often didn’t speak to each other. This barrier would often undercut the purpose of using an EMR, to consolidate the most accurate medical information into one document or set of documents.

Frydrych goes on to say that in conjunction with these errors, patient would often see multiple doctors depending on convenience and differing conditions. “If somebody’s bouncing between multiple doctors, the chances of medication errors…” Frydrych trails off has he thumbs upward with his left hand.

Walper goes on to say that  the demand for “telemedicine” is higher than ever. He isn’t the only one that thinks so, seeing as another popular Canadian digital health startup has partnered with Akira to make the program as useful as possible.

PopRX is a pharmaceutical prescription and delivery app that launched at the beginning of this year. Based in Waterloo, PopRx raised $100 thousand on the popular entpreneurial show Dragon’s Den last October, and launched in beta in February. After speaking with the co-founder, Dr. Ali Esmail, that phase has proven to the team what they knew all along — in a digital world, Canadians demand healthcare on demand. 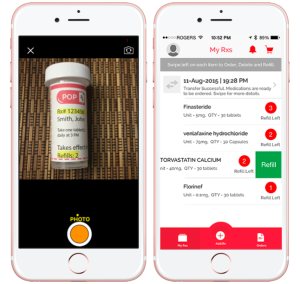 PopRx has been integrated with Akira so users can access both platforms at the same time should they choose to. If a physician prescribes a patient medication through Akira, the patient has the option to fulfill that prescription through PopRx. On the other hand, patients who want to speak to a physician about a medication obtained through PopRx can defer to Akria.

Esmail claims that after being introduced to Akira, partnering with them to improve both companies’ services simply made sense.

“We have patients who are so busy that they can’t go to the doctor. It was kind of deflecting the purpose…a lot of people who get prescriptions don’t fill them because of time and because of cost.” he said.

Esmail goes on to say that as soon as Akira expands to include specialists (as he’s an ear, nose and throat specialist and Akira only works with general practitioners currently), he would gladly join the project and goes on to say that even as a physician, he has trouble finding time to get to a doctor.

“As a physician, it’s very difficult to take two hours out of my day to see my own physician,” says Esmail who hasn’t booked a checkup in over a year.

Furthermore, he believes in Akira because he recognizes Walper’s vision for telemedicine in his own. Regardless of whether the program tackles the inefficiencies behind pharmacy or general practice, they both attempt to improve access for the end user.

“What Akira concentrates on and what PopRx concentrates on is filtering out the minor stuff that bogs down the system. That appointment that I was gonna take at the clinic is available to someone who really needs it.”

While Esmail and Walper are working to make the integration between their platforms a seamless interaction, Esmail alludes to something much more disruptive on the horizon.

He hopes to one day see a telehealth program the wide variety of health care used by Canadians every day, including nutritionists, dentists, physiotherapists and more.

To further this development, Walper has just added a nurse practitioner to his staff, and plans to continue expanding his roster of physicians and nurses who don’t have to leave their main practices to meaningfully contribute to Akira.

While Esmail and Walper have both taken careful precautions to abide by provincial guidelines and boundaries when developing their respective platforms, Esmail adds that innovation needs to come from outside the system.

“It’s the job of the startup to unroof the deep needs and wants of the customer. That’s part of the way startups give back to society.”

Health startups have come a long way in Toronto, and though they’ve always been present among the startup community, they’ve yet to receive the distinction they’ve been granted in the past five years.

“I don’t think this would have been possible five years ago,” said Walper, who partially attributes this uptake in demand for telemedicine to the innovative ecosystem into which Akira was born.

Rebecca Yu, the head of the Toronto division of the life-sciences incubator JLabs agrees that the demand for transformational health in Ontario is greater than it’s ever been. JLabs is an organization run by Johnson and Johnson Innovation that operates locations across the U.S. and recently opened up its first Canadian location at the MaRs Discovery District in Toronto.

“The life science ecosystem has progressed significantly even before JLabs came into the space,” claims Yu. In fact, an ingrained community of groundbreaking health care solutions was a key factor in determining where to launch the next division of JLabs. Yu claims that consumer and digital health makes up a large portion of the incubator’s residents, and hopes to continue facilitating that growth in the future.

According to Walper, the way Canadians interact with doctors hasn’t changed in over 100 years. While other parts of society evolve and change as new technologies become available, the consumer side of medicine has yet to be meaningfully impacted. He doesn’t believe that telehealth will stop with Akira, PopRx or even the JLabs incubator. He’s hoping for the next revolution in Canadian healthcare to come to life in Akira’s rented office buildings on 675 King St West.

Since Walper’s inspiration to launch Akira first surfaced, he’s been cleared off all suspicions of thyroid cancer. Now that’s he’s been given a clean bill of health, his next goal is to help Ontario’s patients reach for theirs.

Related reading: Connected health is a growing Canadian trend, but privacy officials aren’t so sure