Delivering mail has never been so much fun

Admittedly, Malaysian developer Kurechii’s Postknight has a hokey premise. Armed with nothing but a sword, shield and plenty of pluck, the game has players take on the role of a postal-worker-cum-knight — a Postknight, if you will — tasked with delivering mail to the far-off villages, towns and cities of the Kingdom of Kurestal.

Again, it’s a hokey premise, but the game’s casual combat system, light-hearted tone and jaunty soundtrack make this a title well worth playing. 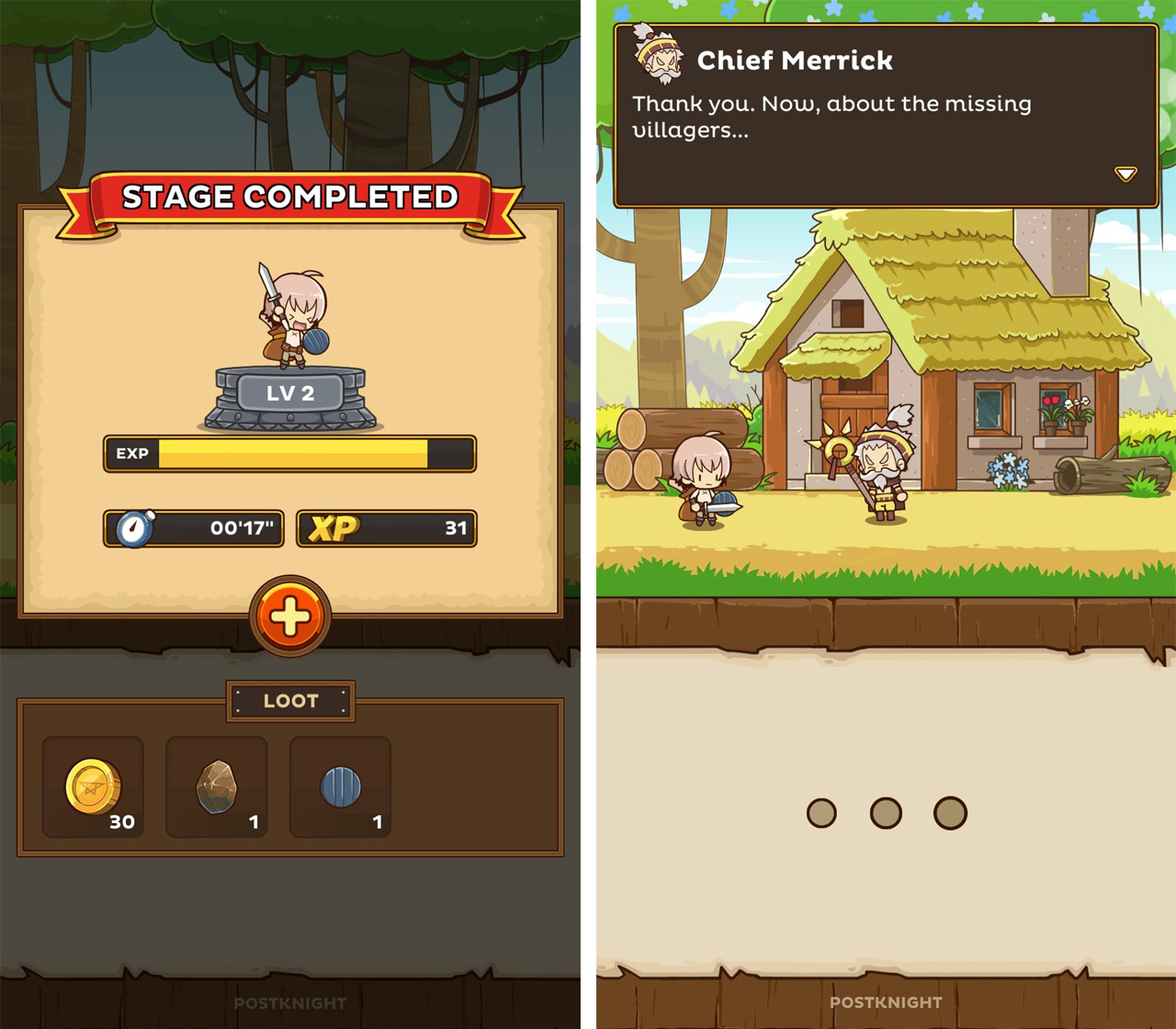 Postknight opens as players embark on one of their first deliveries, to the starter town of Pompon. Unable to find any villagers because they’ve all fled out of fear of dragonfire, the first few quests are a series of tutorials masquerading as fetch quests intended to teach players the ropes.

Each action has a specific cool-down time that can be reduced by levelling up, equipping better items, and crafting stronger equipment and, thankfully, Postknight’s autoplay-on-rails style means that player characters aren’t left defenceless while players wait for actions to become useable again. 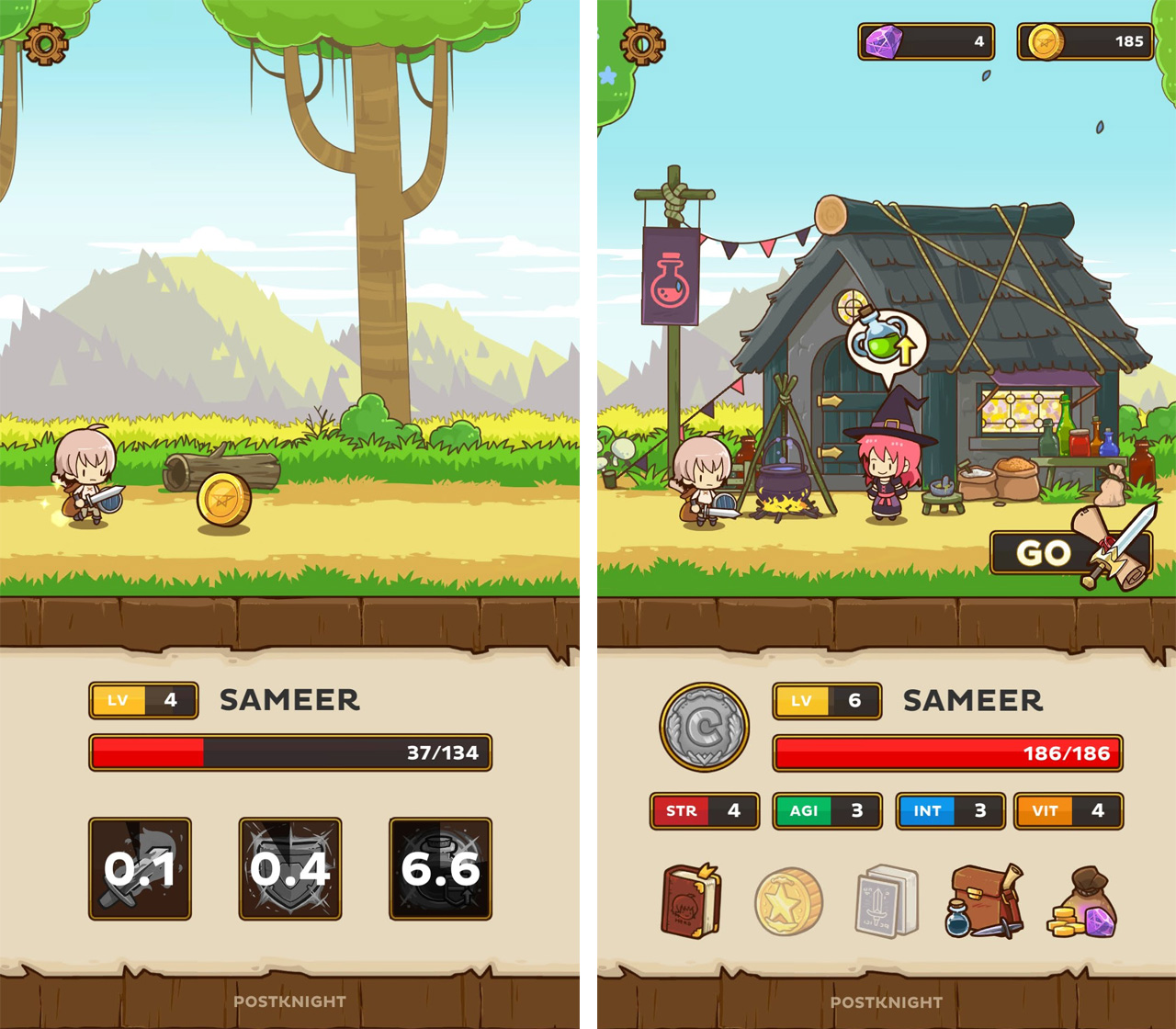 There’s no denying that more experienced RPG players will be put off by Postknight’s gameplay, because it isn’t a particularly challenging game. 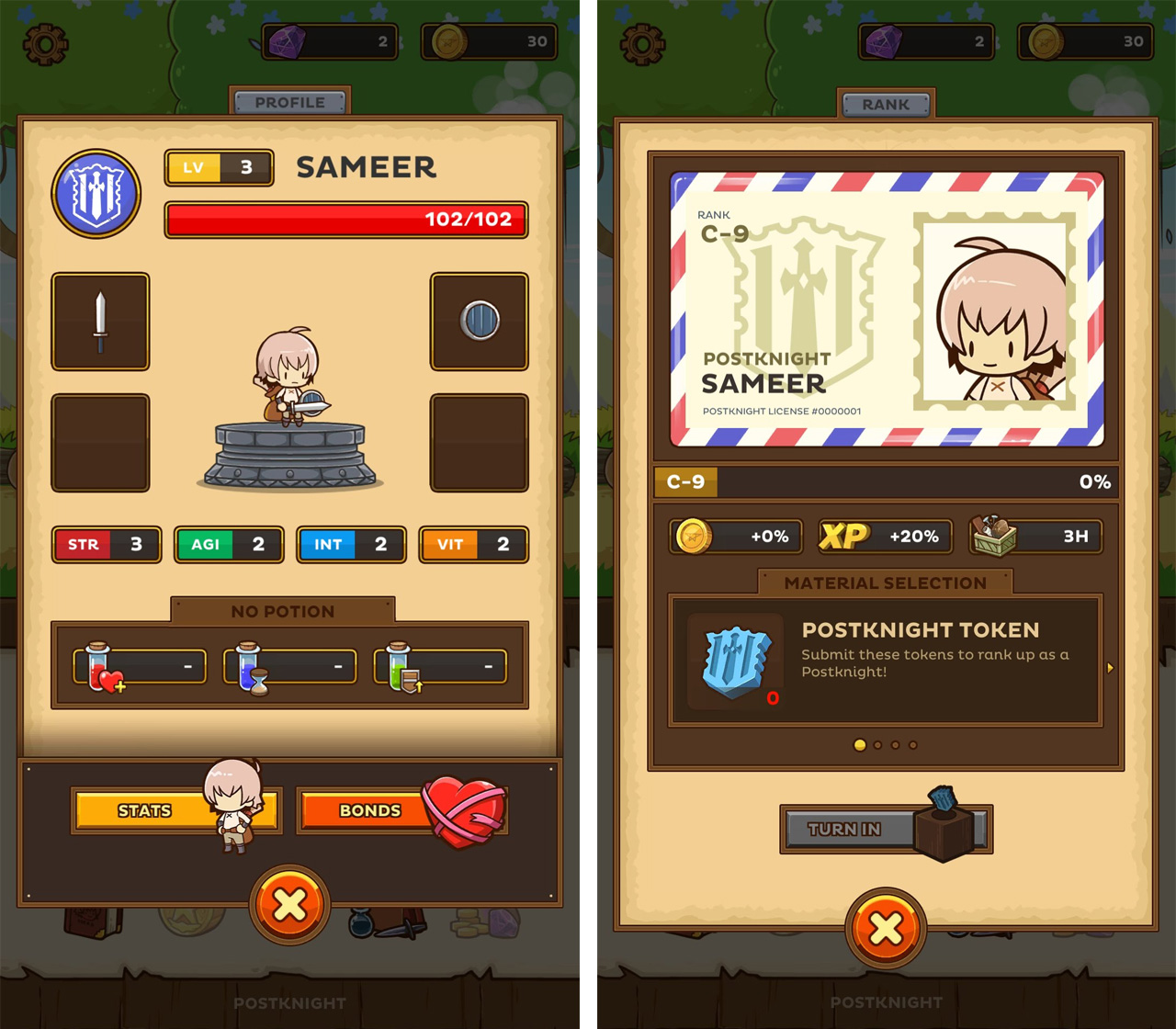 As mentioned earlier, the game does feature a crafting system — which is where the game’s microtransaction system comes into effect. Thankfully, Postknight doesn’t encourage pay-to-win tactics, and, as a result, microtransactions truly are optional. Additionally, the game doesn’t penalize players for failing to get past a level alive.

If you fail, you still earn experience points for the progress you’ve made, and you get to keep any loot you may have picked up along the way.

The game also features a ‘Bonds’ system that allows players to romance various female NPCs. Forging relationships leads NPCs to gift the player with different items that can aid them on their quest. 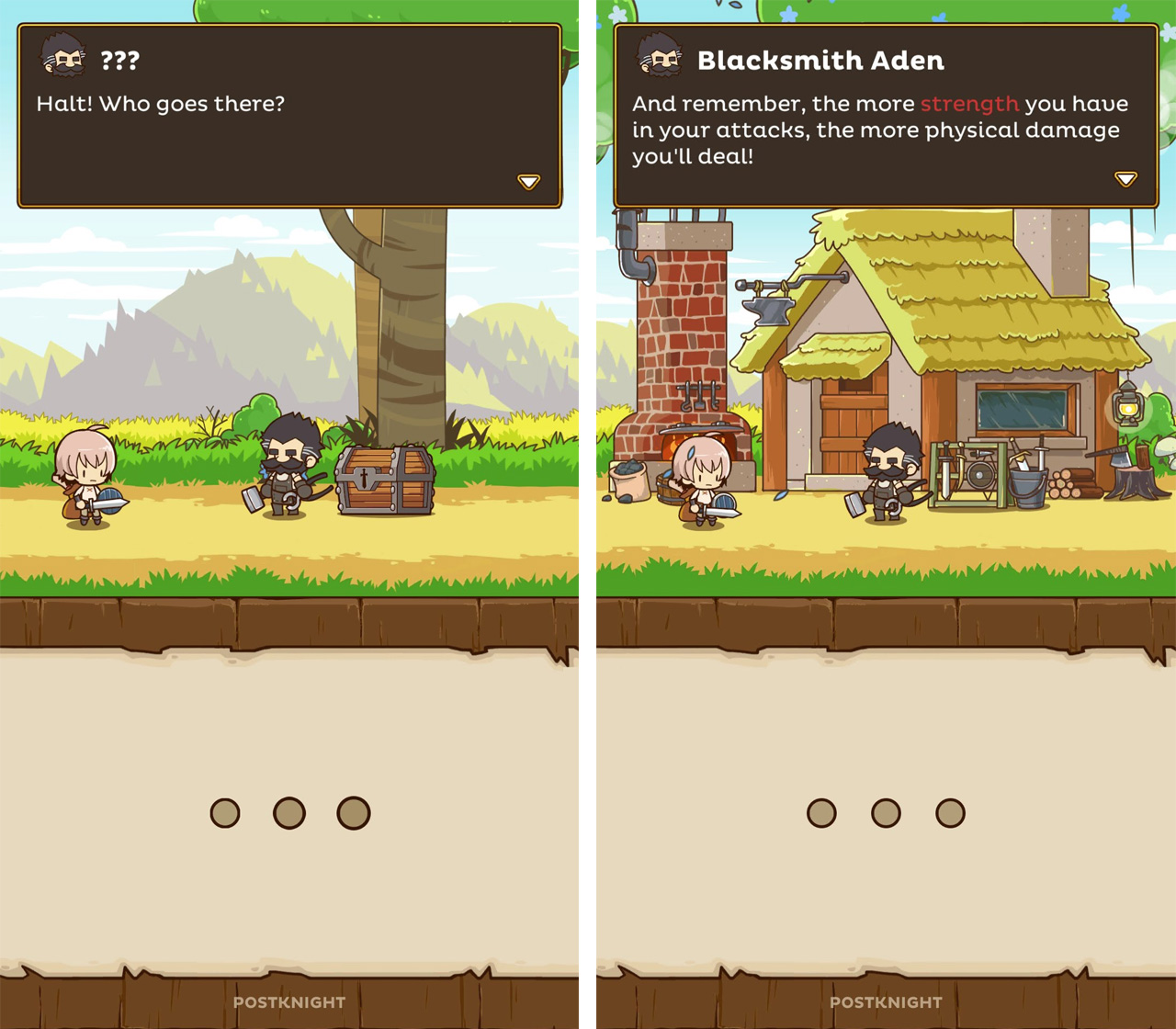 There’s no option to romance male NPCs, which is a missed opportunity. Truthfully, however, the Bonds system is Postknight‘s weakest mechanic, and doesn’t truly add anything to the game beyond serving as a loot generating minigame. This means that, other than the tutorial, the Bonds system can be otherwise ignored if players so choose.

Ultimately, there’s no denying that Postknight isn’t a game for anyone looking for Dark Souls on a mobile device. Instead, it’s a fun, satisfying romp through an interesting world buoyed by a cute story gimmick.

Postknight is free-to-download on both Android and iOS.