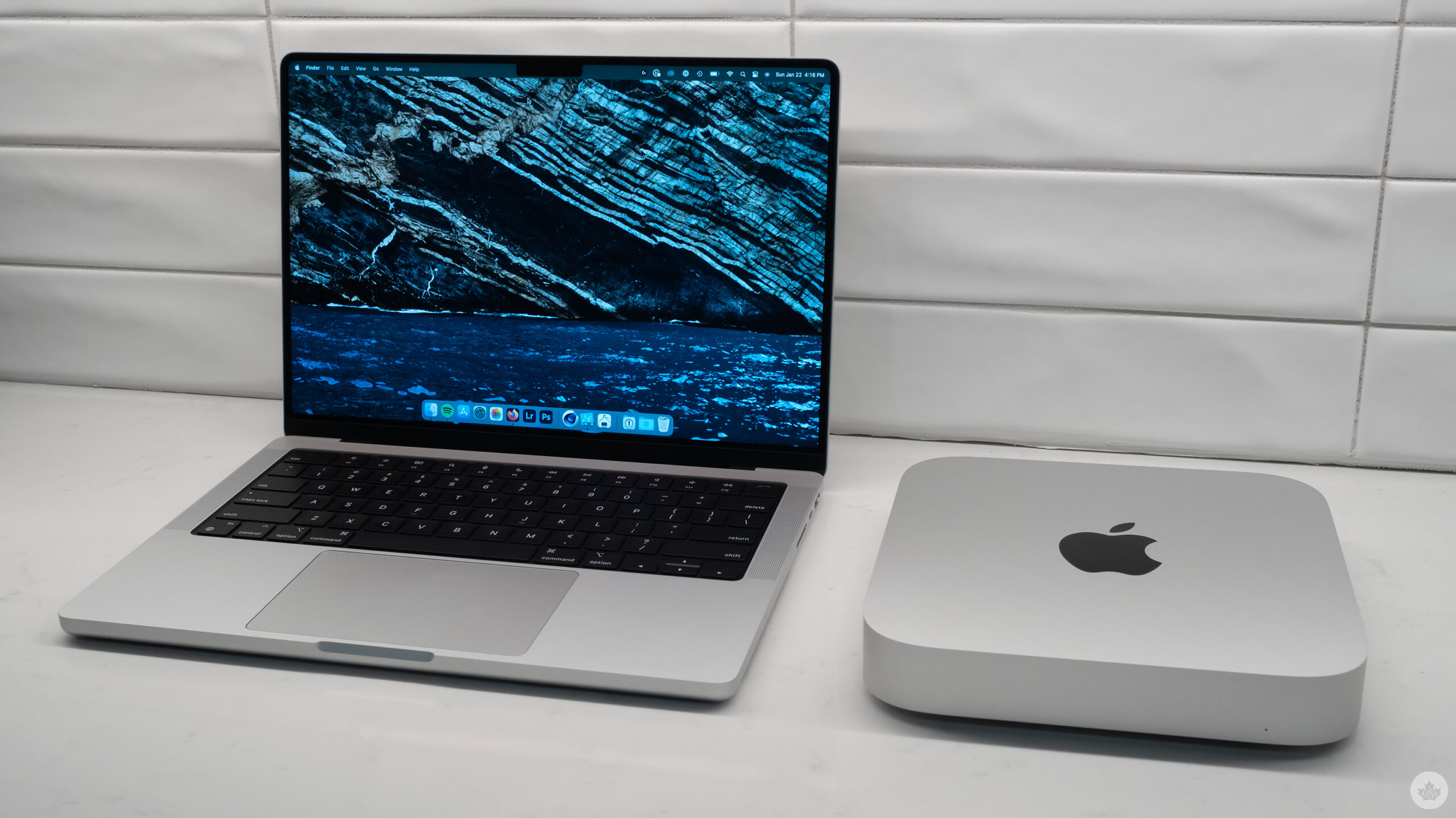 Visually, both devices look identical to their predecessors, which makes sense given the MacBook Pro was redesigned back in 2021, and the Mac mini doesn’t really need a new look because of its comparably low-cost and straightforward design (how much more could you really do with it?).

The main questions surrounding both new devices are how the M2 Pro and M2 Max chips benchmark compared to the M1 Pro/M2 Max, and if Apple’s upgraded chips offer a notable improvement over the somewhat disappointing M2, which was only a marginal upgrade over the M1. 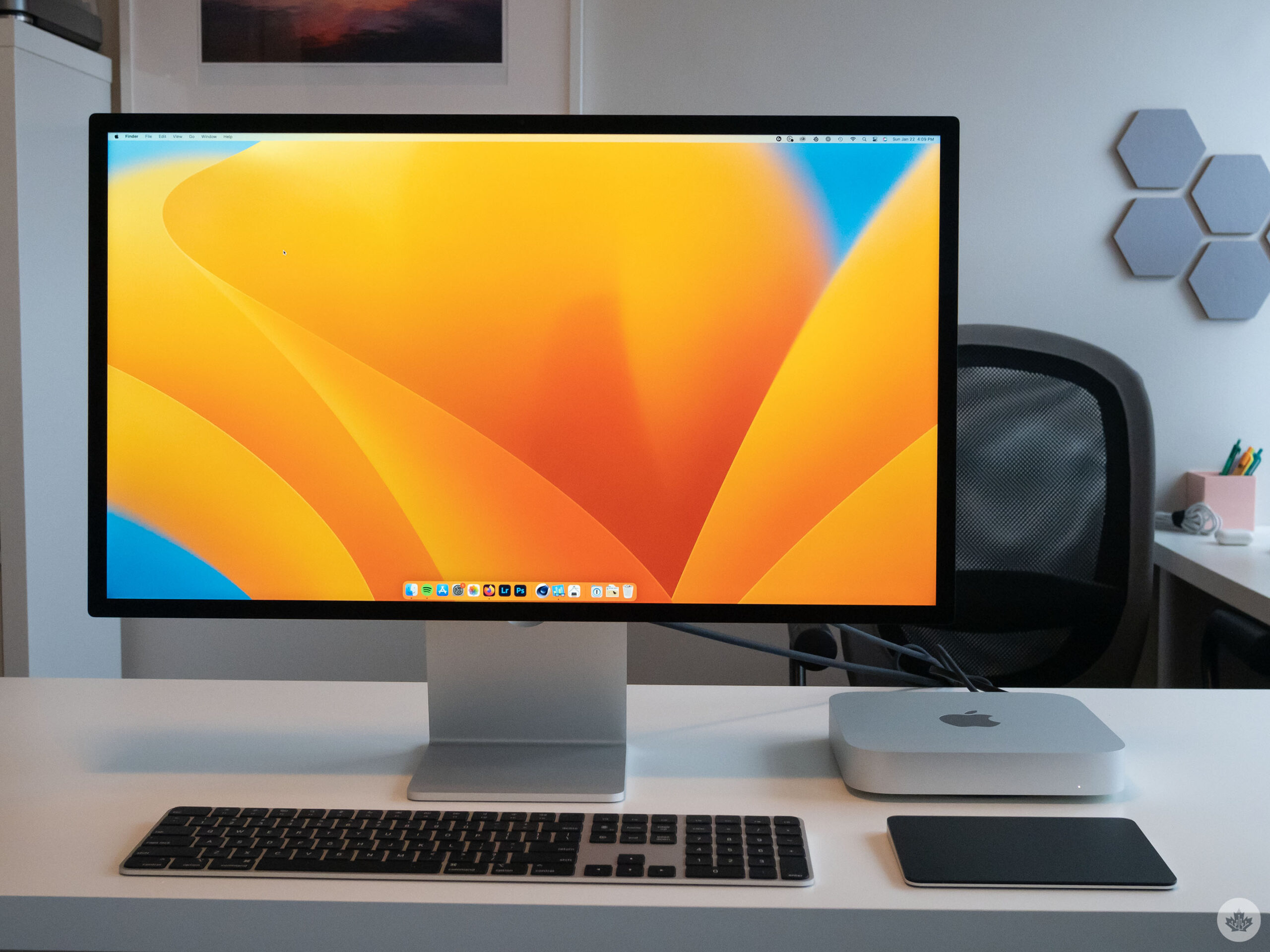 Unfortunately, I wasn’t able to get my hands on a MacBook Pro with the M2 Max chip, but with the below M2 Pro benchmarks in mind, it’s safe to assume that it would surpass all existing M2 Apple chips and likely come close to matching last year’s M1 Ultra regarding performance (I’ll update this story with M2 Max benchmarks if I’m able to put one through its paces). I also have not tested the 16-inch version of the MacBook Pro (2023).

But before diving into the benchmarks, let’s examine the subtle hardware changes the 14-inch MacBook Pro and Mac mini (2023) offer.

While the overall design of Apple’s flagship laptop is the same, there are minor hardware changes under the hood with the new MacBook Pro.

First off, the MacBook Pro (2023) supports Wi-Fi 6E, an upgrade over the Wi-Fi 6 the M1 Pro and M1 Max versions offered. This gives the new 14-inch/16-inch MacBook Pro access to a 6GHz frequency band as long as you have a router that supports it (Google’s recently released Nest Wifi Pro includes Wi-Fi 6E, for example). 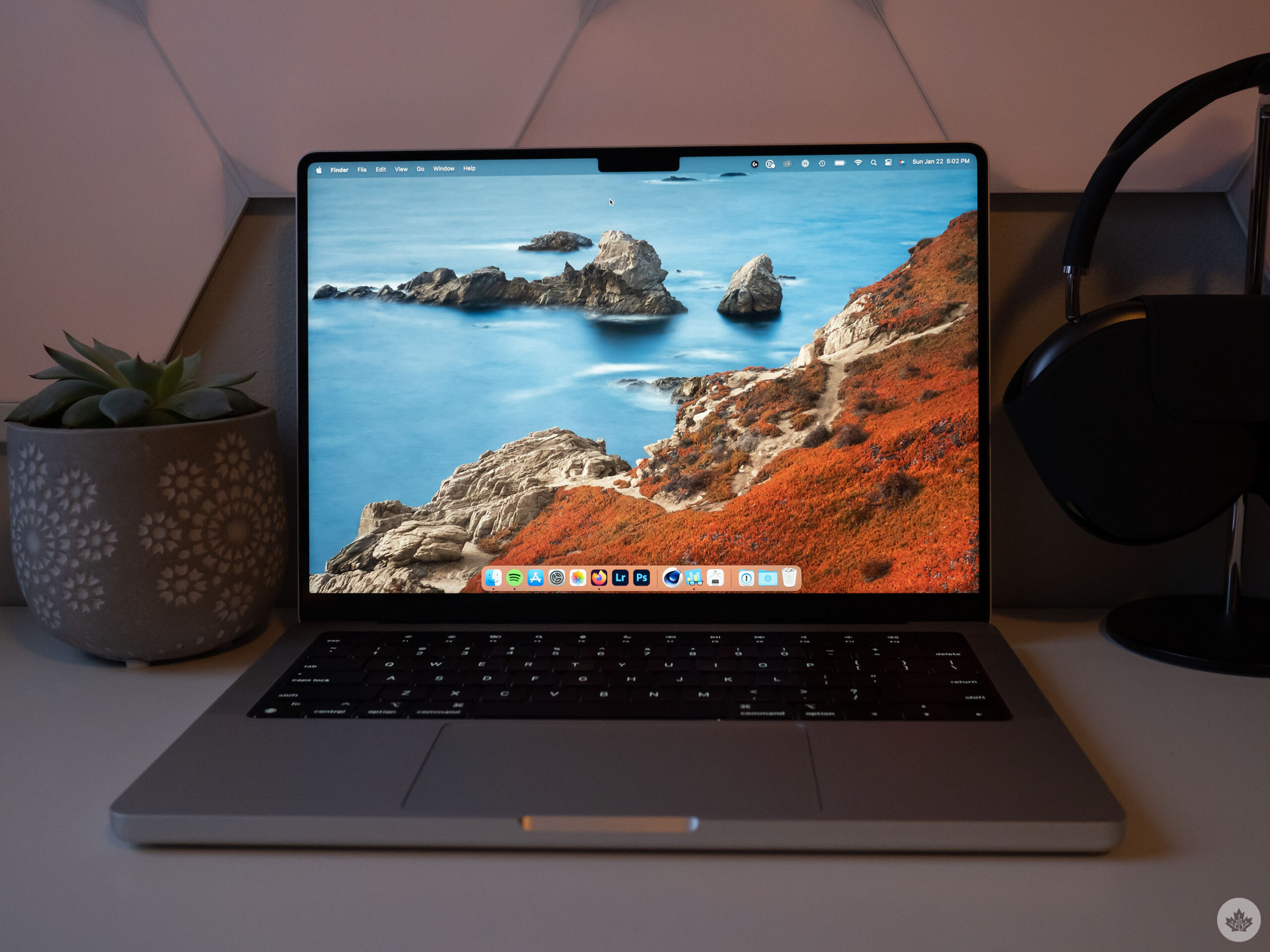 The laptop also supports Bluetooth 5.3 and, finally, HDMI 2.1, which could be a notable upgrade if you own a high-end monitor that offers a refresh rate above 60Hz (it’s baffling that the 2021 redesign didn’t already include HDMI 2.1).

Apple’s MacBook Pro (2021) features an HDMI 2.0 port, which offers output to a single 4K display at 60Hz. You can hit higher refresh rates via a USB-C/Thunderbolt 4-to-display port adapter, despite Apple’s claims (this is what I did with my LG UltraGear monitor). However, this requires an expensive cable rather than a standard HDMI 2.0 cord.

With the MacBook Pro (2023), you can now use the laptop’s built-in HDMI 2.1 port to connect to an 8K display at up to 60Hz or a 4K display at 240Hz, as long as you have a compatible HDMI cable. This makes taking advantage of the higher refresh rate some 4K monitors offer more straightforward. 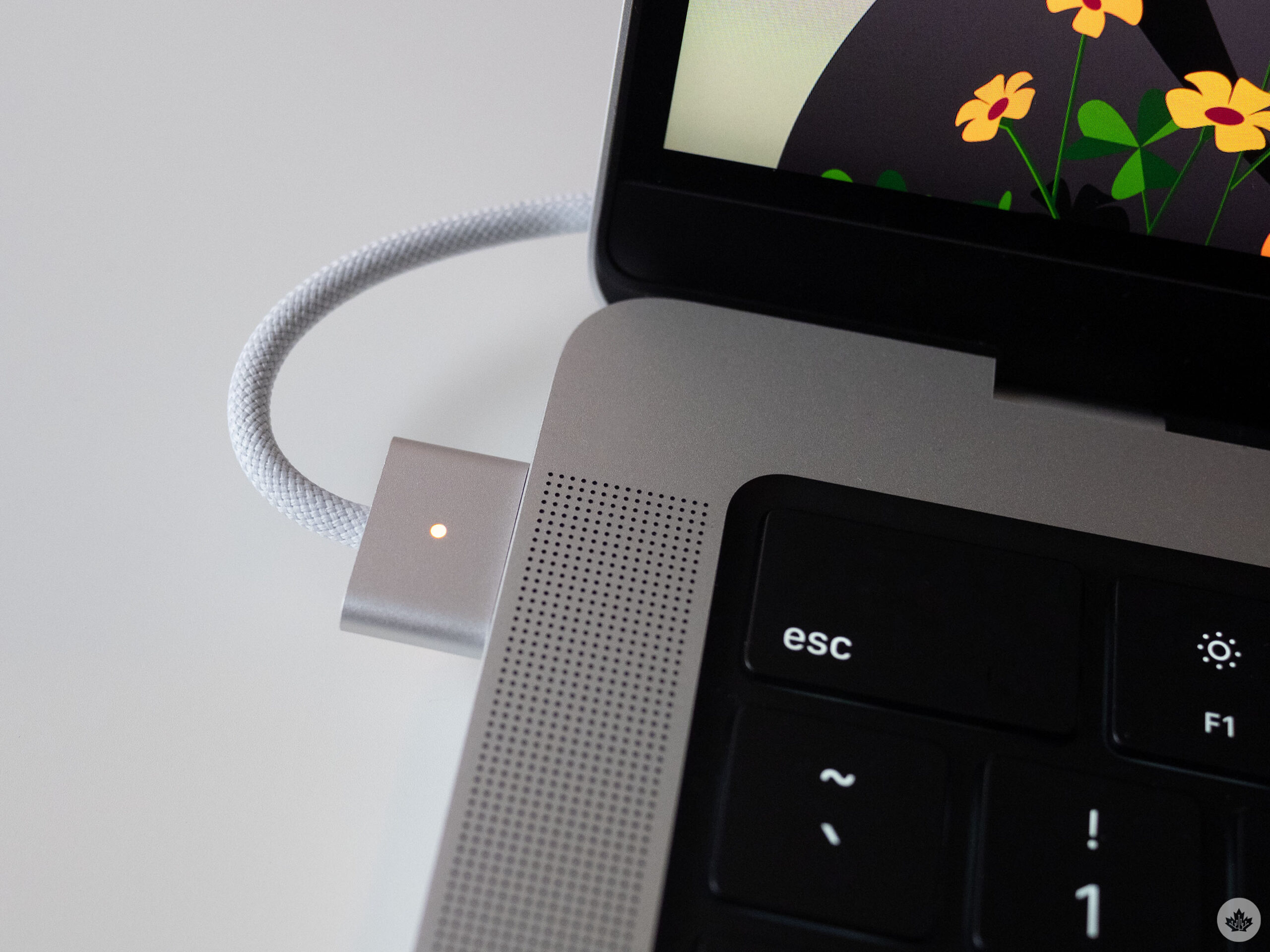 Apple also claims there is roughly a 1-hour improvement regarding battery life with the M2 Pro/M2 Max. I’ve only spent a few hours with the laptop, so I’ll have to take the tech giant’s word on that estimate, though to Apple’s credit, its battery life estimates are usually accurate.

And finally, both the ‘Space Gray’ and ‘Silver’ versions of the MacBook Pro (2023) feature a colour-matching braided MagSafe cable, just like the MacBook Air (2022). This obviously doesn’t improve the laptop’s performance, but it’s still a cool design change.

On the Mac mini (2023) side, the situation is pretty much the same regarding hardware upgrades beyond the new M2 or M2 Pro chip (there’s no M2 Max mini, with Apple likely keeping that chip for a future Mac Studio upgrade). The new desktop device features Wi-Fi 6E, HDMI 2.1 and Bluetooth 2.1, just like its 14-inch and 16-inch laptop counterparts. 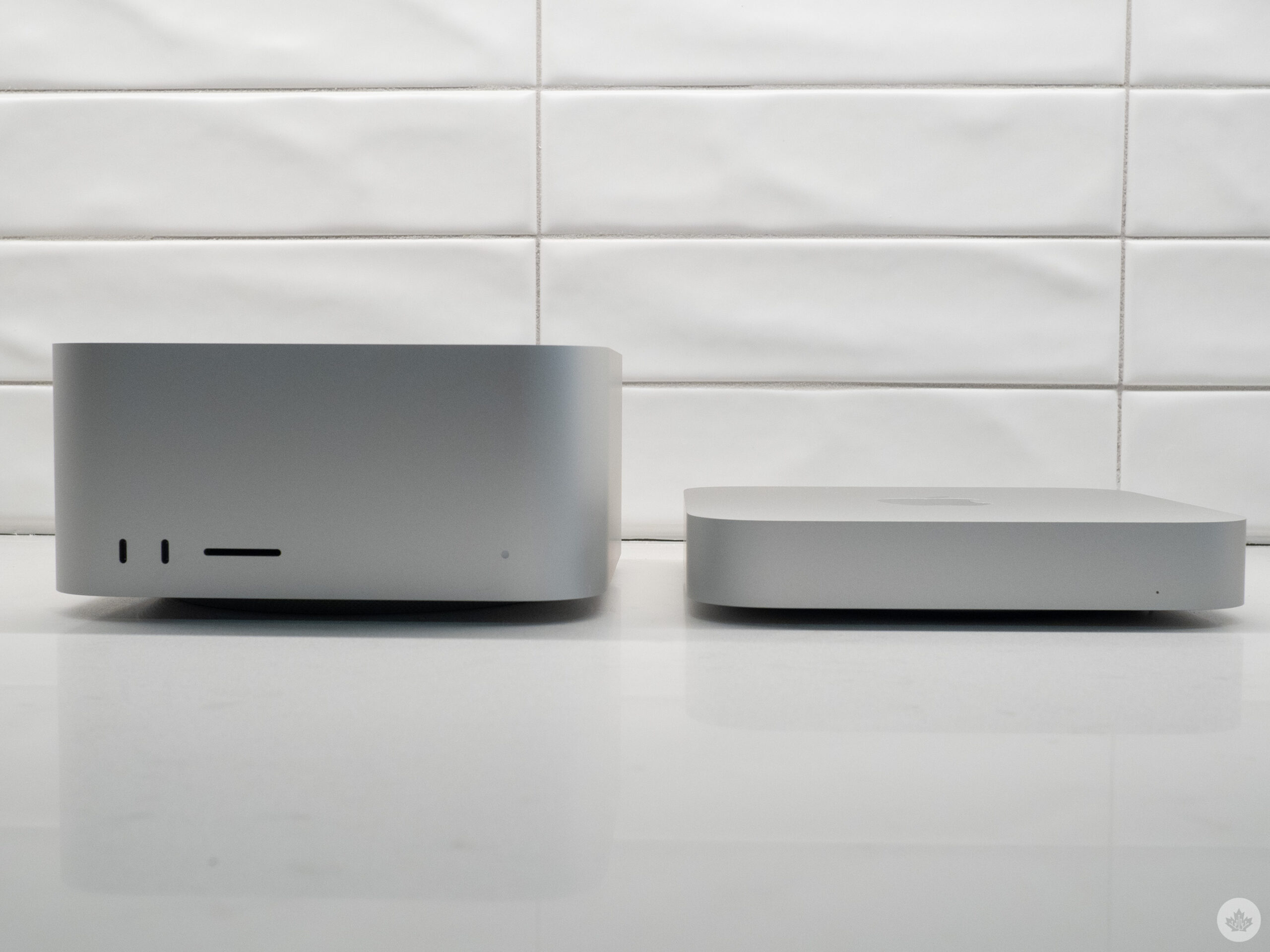 It’s also worth mentioning the slightly cheaper $799 price tag ($100 cheaper than the M1 Mac mini was) for the entry-level M2 Mac mini is a rarity in Apple’s world, given the company typically charges more money for newer devices. If you already own a mouse, keyboard and monitor, the new M2 Mac mini is an even better deal now.

This is likely what you clicked on this story for, so let’s get into it.

Given the somewhat disappointing benchmarks we saw with the 13-inch M2 MacBook Pro last year, I didn’t expect this much of a boost and assumed the new chip would only come close to matching the M1 Max and not surpass it, so this is a welcome surprise.

Next up, we have GPU performance. These results are slightly disappointing but also make sense given the M1 Max Mac Studio I benchmarked features a 24-core GPU, and the M1 Max MacBook Pro includes a 32-core GPU. Fewer cores in an integrated GPU typically equate to lower performance, and that's what we have on display here.

Still, both devices outshine last year's 14-core M1 Pro, but not by a wide margin. As noted in the chart, Apple's M1 and M2 chips aren't compatible with Heaven's 'Extreme 'setting and only work with 'Basic,' skewing these results when compared to the Windows devices. All the Mac comparisons are accurate, however.

Finally, we have Cinebench R23 CPU scores that yield similar results to Geekbench 5. Both the M1 Max-powered devices in the chart are one-upped by the new M2 Pro, an impressive feat on Apple's part. That said, as you can tell from the results, the MacBook Pro and Max mini (2023) don’t benchmark that much better.

My main takeaway from these benchmarks is the M2 Pro outperforms the M1 Pro and, in my tests, even the M1 Max in CPU power. That said, it lags slightly behind the M1 Max in pure GPU power since both variants I tested offer fewer cores. This means that if, like me, you're currently using an M1 Max-powered MacBook Pro and do a lot of GPU-intensive tasks (Premiere, Photoshop), the performance is so close between chip generations (with the M1 Max pulled out of the mix), that it's not worth the upgrade.

That said, in real-world performance, I'm not sure if I'd notice that much of a difference, at least with how I use my MacBook Pro. I've only spent a few hours with the MacBook Pro (2023) so far and will update this story if I encounter any notable performance issues with my day-to-day use.

This should make anyone that paid the extra money for an M1 Max-powered Apple device in the last few years feel a little better about their purchase. Still, it's surprising to see the M2 Pro take down the M1 Max in some of the above benchmarks. 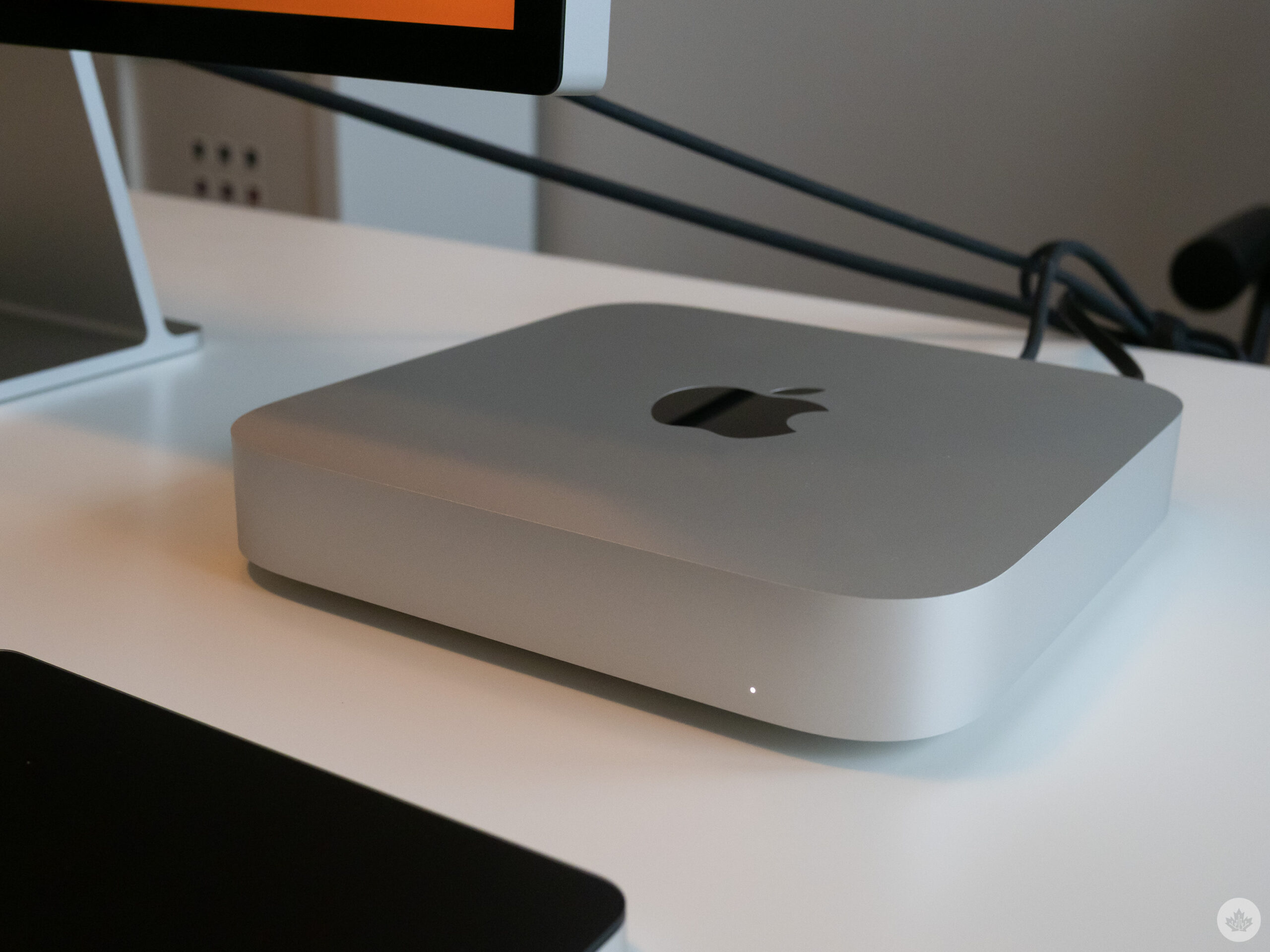