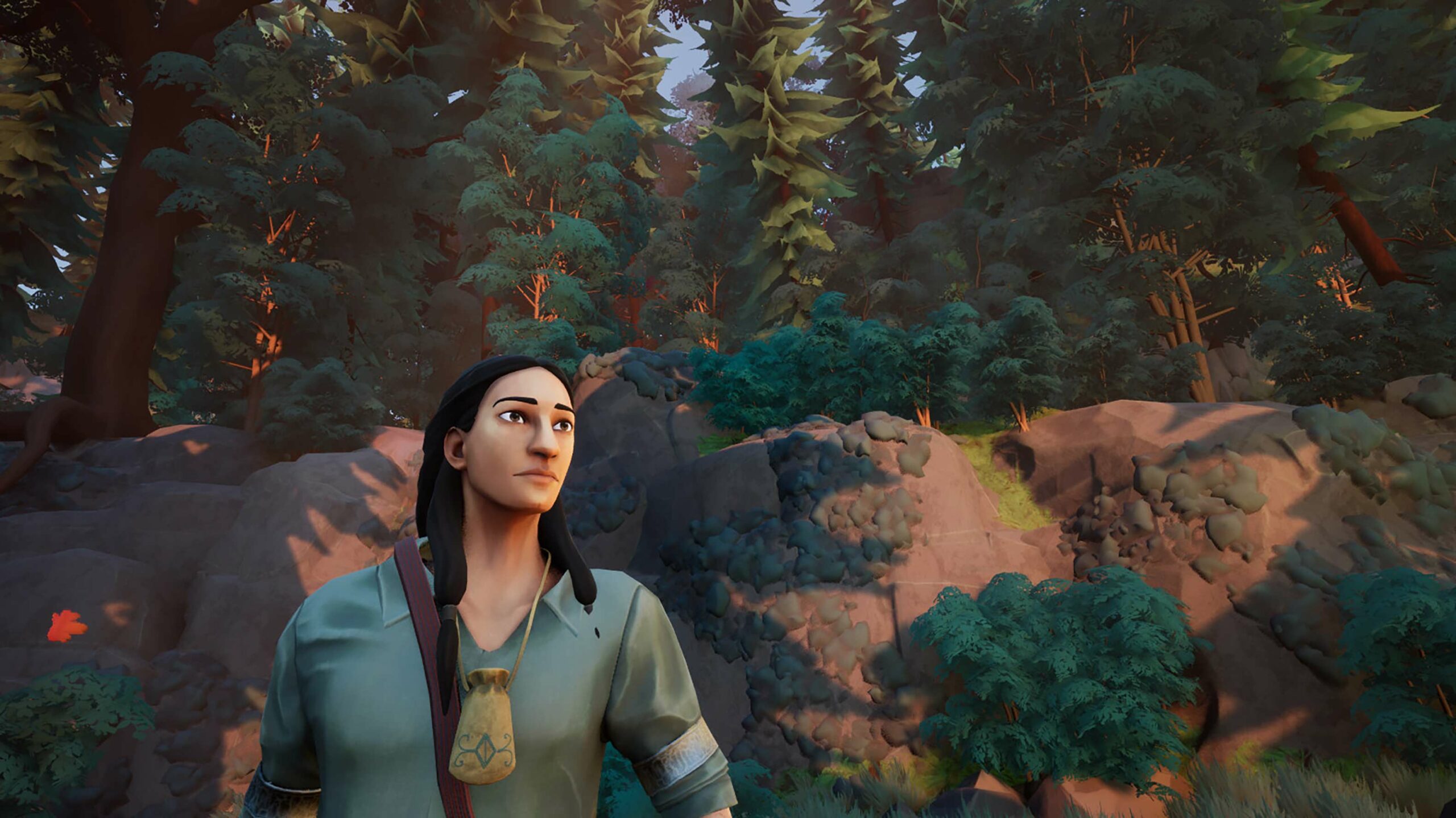 The trailer showcases a new artistic direction, which has been created using Epic Games’ Unreal Engine 5.

Notably, Two Falls tells the story of the first encounters between French settlers and Indigenous communities in 17th century Canada. The game explores both sides of this story through the contrasting perspectives of Jeanne, a young French woman, and Maïkan, an Innu hunter, as they survive in wild Canadian territory. Players will have to make choices with Jeanne and Maïkan that shape the direction of the narrative, and both characters even view the world in their own distinct art styles.

Unreliable Narrators says Two Falls is being made by a team that includes many Indigenous creators, with support from a Council of Innu and Wendat Elders. Some of the Indigenous talent involved with the project include artistic director Tara Miller, writer Isabelle Picard, 3D art company Awastoki and composer Eadsé.

Two Falls is set to release in fall 2023 on consoles and PC. Unreliable Narrators also has a Patreon, and it says it will donate 50 percent of annual earnings to Indigenous creators to help them make their own video game projects.

The new Two Falls trailer comes amid celebrations of International Day of the World’s Indigenous Peoples, which fell on August 9th. As part of that, Xbox has also outlined various Indigenous initiatives it’s taking on this month, including the promotion of Indigenous games, drawings and charities.