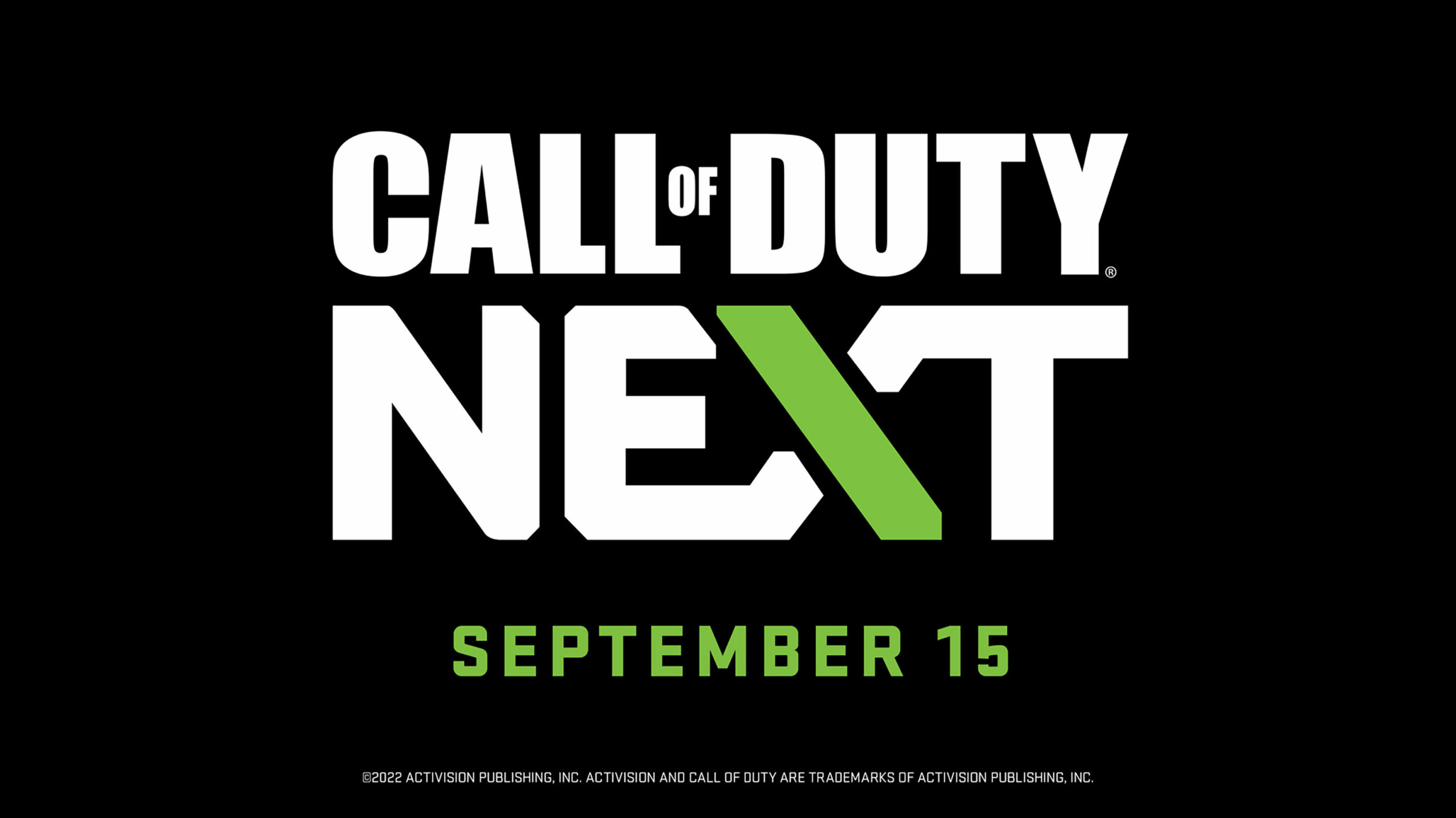 Activision has confirmed that a special ‘Next’ event will be held on September 15th to provide more details on the next installments in its Call of Duty series.

The main highlight of the showcase will be the reveal of the multiplayer mode of this year’s Call of Duty: Modern Warfare II. Additionally, Activision announced that the early access beta will immediately follow on September 16th and 17th on PlayStation consoles and Xbox consoles and PC starting September 24th alongside cross-play support.

Further, the Next stream will offer a look at the “next Call of Duty: Warzone,” its free-to-play battle royale game. We’ve known about a sequel to 2020’s popular Call of Duty: Warzone for some time, an official reveal has yet to be made. The previously confirmed mobile version of Warzone is also set to be featured in the stream.

All eyes are on this next wave of Call of Duty titles after Vanguard, last year’s entry in the annualized franchise, underperformed. In its most recent earnings report, Activision Blizzard had 94 million monthly active users across all of its Call of Duty titles, down 28 percent from the 127 million in June 2021.

News of the Next stream also comes as Activision Blizzard is embroiled in its own controversies. Amid widespread allegations of a toxic “frat boy” work culture that CEO Bobby Kotick reportedly worked to cover up, employees and contractors have worked to unionize, only for the company to attempt to squash these efforts. Microsoft’s planned takeover of Activision Blizzard is also still undergoing regulatory approval worldwide.