'I'm used to asset classes, like a farm where they have output, or like a company where they make products,' said Gates 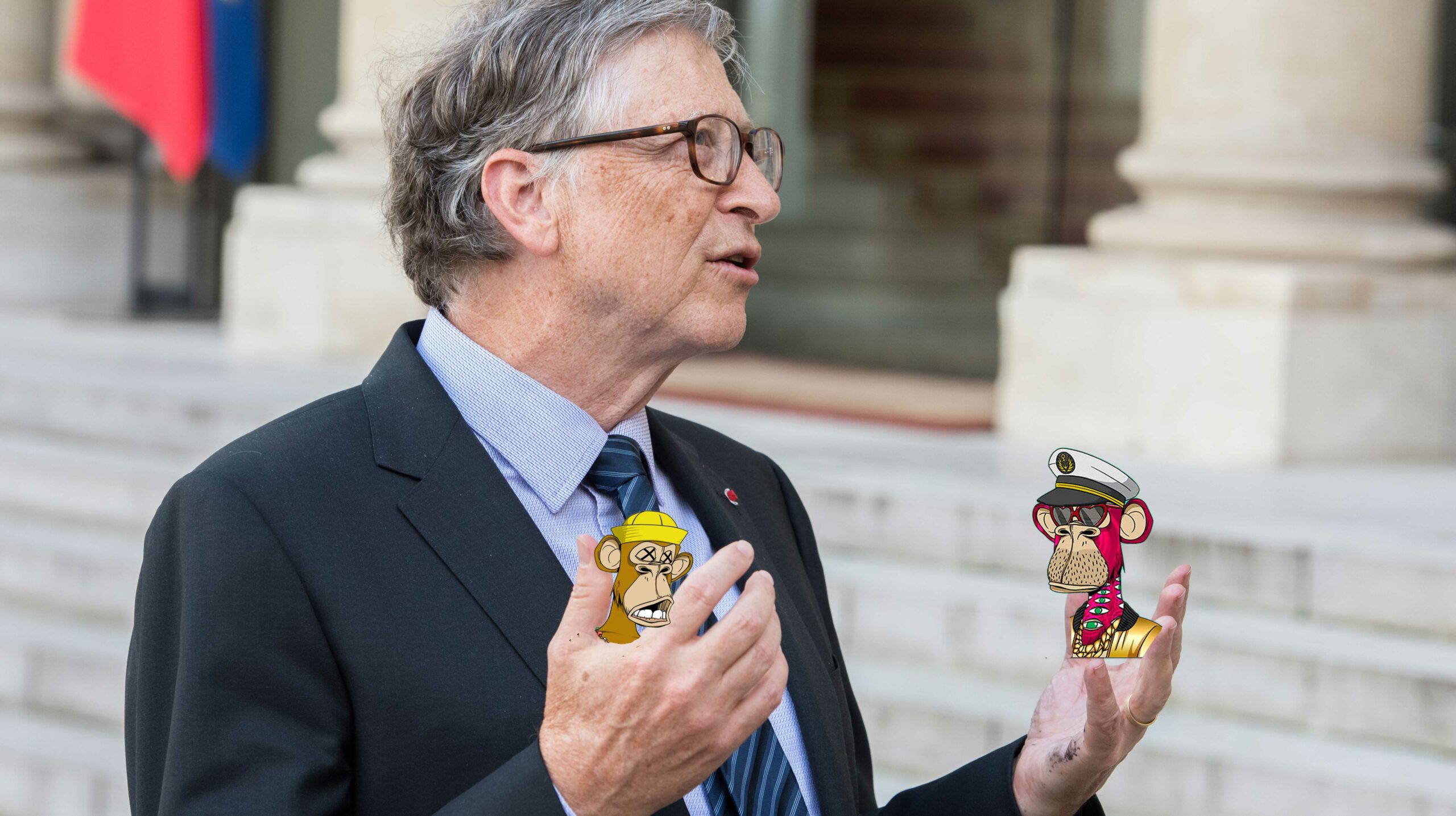 You likely won’t ever see Microsoft co-founder Bill Gates rocking a Bored Ape. At a climate conference hosted by TechCrunch, the former world’s richest man claimed that NFT projects are “based on the greater fool theory.”

Gates states that speculative overvalued assets are great until you can find another person to bid for them, though if there is no one to bid higher, the asset is as good as worthless. He went on to clarify that he is not involved in the space, and isn’t long or short on Non-Fungible tokens (NFTs).

“Obviously, expensive digital images of monkeys are going to improve the world immensely,” said Gates, firing shots at the Bored Apes Yacht Club collection, which, unironically, currently has a floor price of 83.5 $ETH ($121,323.83 CAD), down from 152 $ETH as recorded on April 29th.

Bill Gates tells us what he really thinks of Bored Apes at #TCClimate: pic.twitter.com/vBc8BaaTup

Gates has been vocal about the risk that comes alongside investing in the cryptocurrency space. Back in 2021, when Elon Musk’s Dogecoin mania was in full swing, Gates suggested that retail investors should stay away from Bitcoin, whereas investors with a bigger stack of capital, like Elon Musk and Tesla, can afford to weather out the storms of the volatile asset.

“I do think people get bought into these manias who may not have as much money to spare,” said Gates. “My general thought would be that if you have less money than Elon, you should probably watch out.”

Gates stated that he is comfortable with his way of investing, which has clearly worked out for him over the years. “I’m used to asset classes, like a farm where they have output, or like a company where they make products,” he said.

Gates’s comment comes at a time when financial markets globally are in turmoil, and Bitcoin, which was born out of the 2008 recession, is faring no differently. The biggest cryptocurrency in the world is trading 69 percent below its all-time-high price achieved on November 10th, 2021.