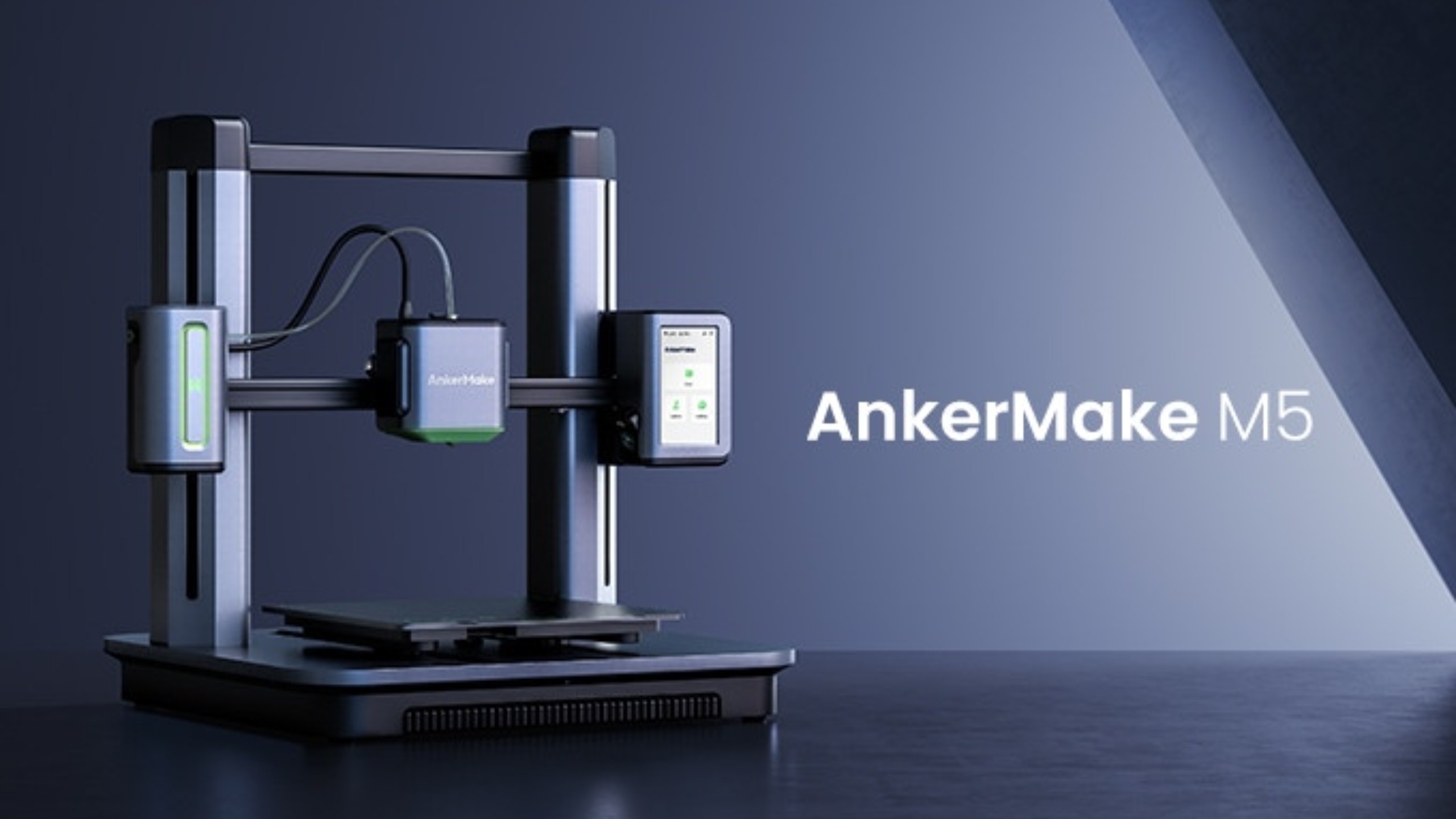 Anker has announced plans to create a 3D printer. The company is best known for its chargers, power banks, and other battery supply units. Now, the accessory maker is exploring new territory.

The AnkerMake M5 is the company’s very first 3D printer. Announced via a Kickstarter campaign, Anker says the printer features a base-level print speed of 250 mm/s with 0.1 mm precision. However, that speed can be increased up to 2,500 mm/s thanks to its PowerBoost settings.

Anker claims that the AnkerMake M5 can reduce average print times by up to 70 percent when compared to equivalent 3D printers. Though, the PowerBoost setting may result in a less polished product.

The Kickstarter page also delves into the printer’s use of video and AI. The M5 features an integrated 1080p HD intelligent camera with support of up to 30FPS. Anker claims the camera monitors the printing process continually thanks to its XBurst CPU and has an error detection system. Users can watch the printing process live from their mobile devices. Timelapse videos can also be captured via the camera.

The M5 is supposedly an easy-to-use 3D printer. The page suggests that the setup process takes a mere 15 minutes before the first printing project. When compared to other consumer-level printers, the M5 could be an entry-level product.

Anker set an initial goal of $62,503 with the hopes of raising the funds over the next 44 days. As of the time of writing, the AnkerMake M5 has well over 1,000 backers and has raised over $900,000. Those who back the project are able to get early-bird $429 USD pricing on the printer. Typical pricing for the M5 will land at $499 USD to purchase a unit.

As for release info, Anker has set an estimated delivery window of November 2022 to “certain countries.”