The game is only available to users in Canada and the United States for Android and iOS. 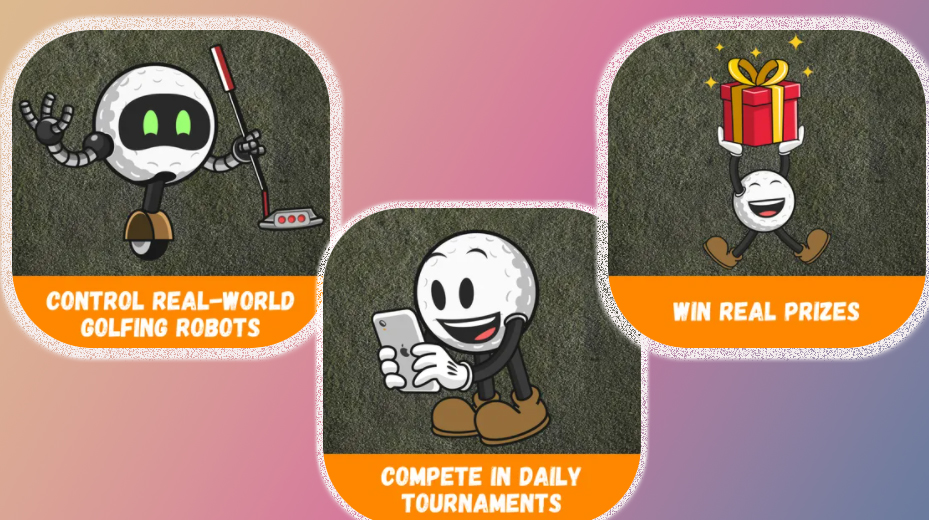 OneShot Golf is a free-to-play mobile title that offers the authentic golf experience from anywhere, anytime, and it’s simple to learn — you just aim, set the shot power and try to hit an ace. So how exactly is it engaging, you might be wondering? It sounds like any other mobile golf game at first glance.

For starters, the game isn’t animated, and instead consists of a live stream of a real-life mini-golf course in a warehouse in Saskatchewan. The stream comes from a camera attached to a robot’s body, which also holds a putter that you control.

The game was released in January 2021 and since has hit 4.8 stars on both Google Play Store and App Store.

The developers behind OneShot Golf are active on social media, and often post tips and tricks about the game, along with publically sharing winners of special events.

There are multiple golf course themes that you can play, including ‘Fun Factory,’ ‘Carnival Crazy,’ ‘Shifty Shapes,’ ‘Sunken Treasure’ and more, all with different obstacles to get through. Each course has five holes, and depending on how you score, you’ll be rewarded with points. Points can be used to claim merch, gift cards and more from the in-game marketplace, though it isn’t an overnight job to accumulate points, and will take a good chunk of your time if you want to claim a freebie.

As seen in the screenshots above, you need tokens (the ones in green) to play any course. It’s like an admission fee. The higher the entry price, the better the prizes. You get two free games per day, after which you’ll have to spend your tokens to gain admission to the course or wait until the next day. Micro-transactions are common in games these days, and like it or not, they’re a part of OneShot Golf.

While waiting is an annoyance, I can’t think of a workaround. Stepping in 54e’s shoes made me quickly realize that solving the wait issue would require exponentially scaling the game layout and adding hundreds more robots, and probably securing a bigger warehouse, all of which are easier said than done.

Happy #mememonday! How many of you have felt this pain?😩

Since the game takes place in real-time, you’ll also need a reliable internet connection to play OneShot Golf. Mobile data works fine, though you might occasionally encounter the stream freezing for a few milliseconds.

All-in-all, OneShot Golf is an innovative and well-thought-out mobile game, and even though traffic congestion can cause wait times to go up, it alludes to the fact that people flocking to play the title.

It’s worth noting that as of right now, OneShot Golf is only available to users in Canada and the United States for Android and iOS.