The companies supply parts of the iNUI Studio AIRxTOUCH kiosk being piloted in St-Hubert locations in Montreal and Laval, Quebec 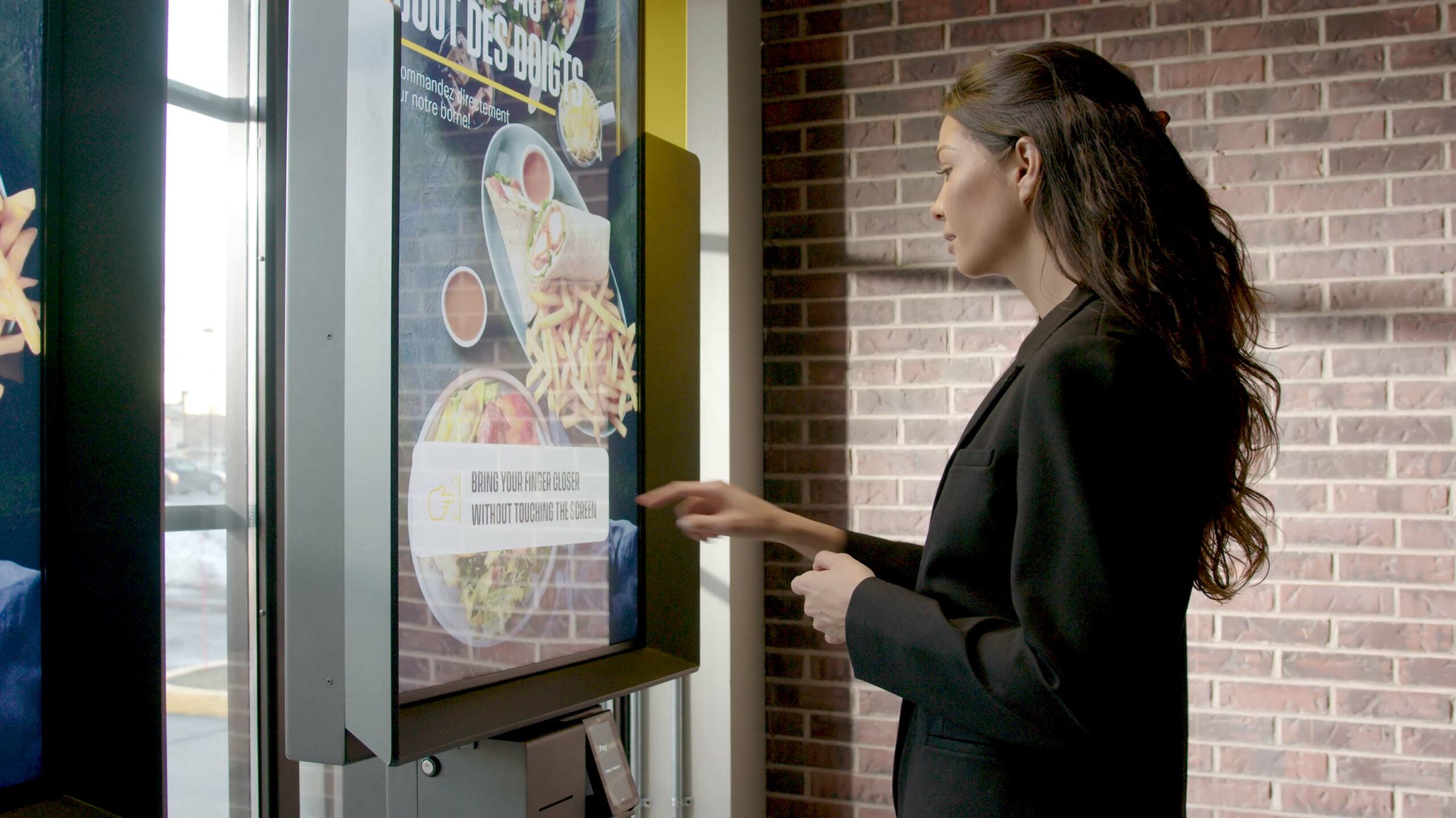 Intel and Samsung are really, really excited about a new touchless interactive kiosk headed to select St-Hubert locations in Montreal and Laval, Quebec.

Both companies reached out to MobileSyrup about the ‘AIRxTOUCH KIOSK Series 3,’ a fancy retail kiosk from Luxembourg-based iNUI Studio. In short, the kiosk leverages “air touch” technology to allow customers to interact with it without actually touching the display. It actually sounds kinda neat, although it remains to be seen how well it works in practice.

Update 01/26/22 at 09:02am ET: MobileSyrup received more details about the St-Hubert partnership, including the two locations that have the AIRxTOUCH kiosks installed:

As for where Samsung and Intel come in, both companies supply core pieces of the AIRxTOUCH kiosk solution — it uses a Samsung QMR Series 55-inch display, while the kiosk runs on Intel’s NUC 11 Pro Kit.

According to a press release provided by Intel, “Canada and the St-Hubert chain were chosen as one of the first global locations for this food ordering technology with additional implementations expected in other food chains across North America.”

Initially, I thought the whole AIRxTOUCH kiosk was ridiculous (thanks in part to this overly dramatic marketing video) but after thinking about it a bit, I may actually be on board with this thing.

Assuming it works well, a touchless ordering kiosk would be great (especially with the pandemic) as it would hopefully reduce the number of people touching a shared surface. Plus, there are other potential applications — these kiosks could work in malls, transportation hubs and other places where a self-serve option is common.

Anyway, if you happen to frequent one of the St-Hubert locations listed above, keep an eye out for one of these and give it a try if you see one.