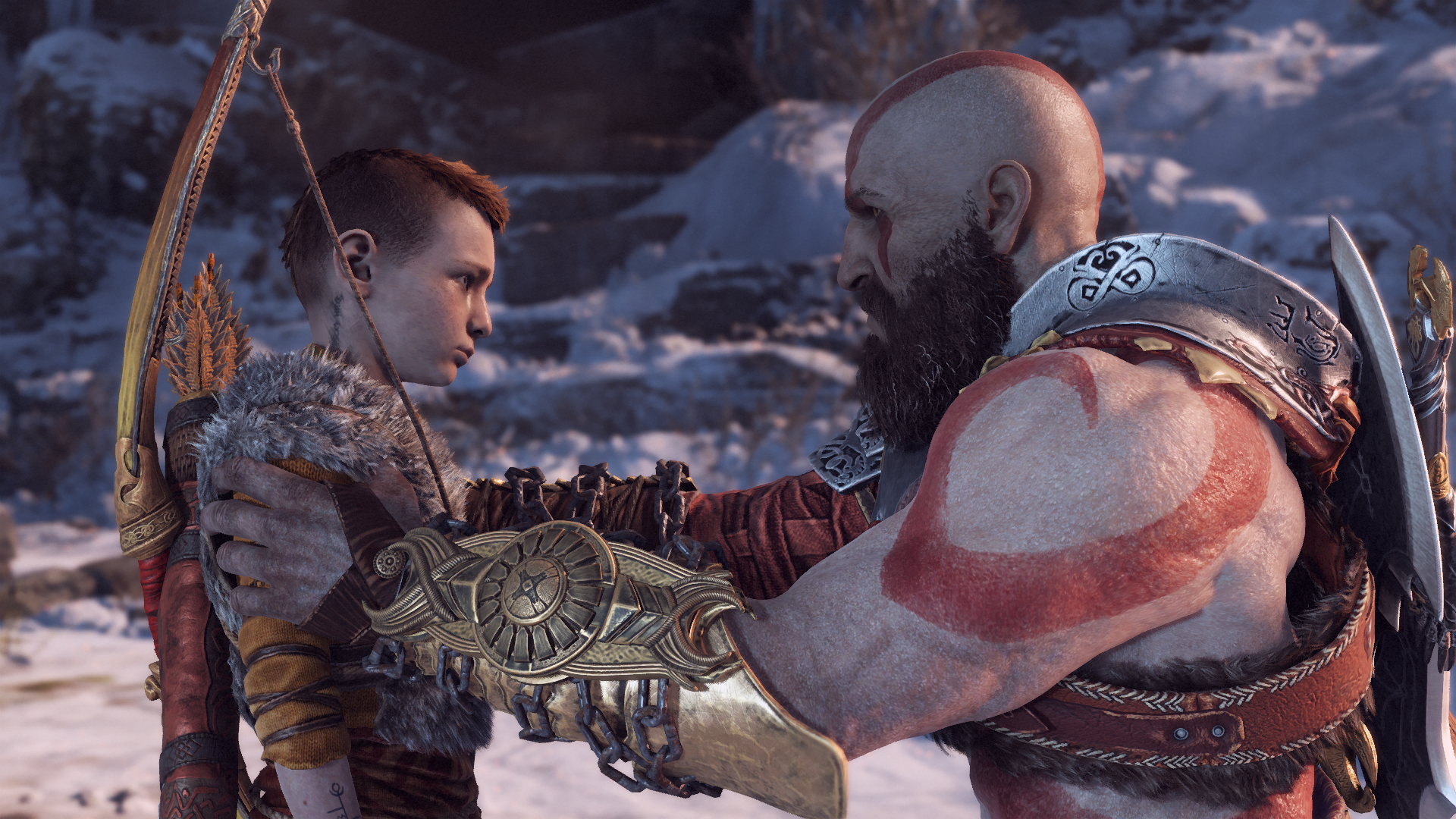 Sony Santa Monica Studio breathed new life into the God of War franchise with the excellent 2018 reimagining of the series for the PlayStation 4 that saw aspects of Norse and Greek mythology combined to create a vivid world and an engrossing story.

The game, which redefines Kratos — who we’ve come to know as the Ghost of Sparta over the years — is now accessible to a whole new set of gamers longing to experience the bitter and brutal god-bashing and monster-slashing machine’s transition to a caring father and a wise fighter who only kills those who threaten him or stand in his way. 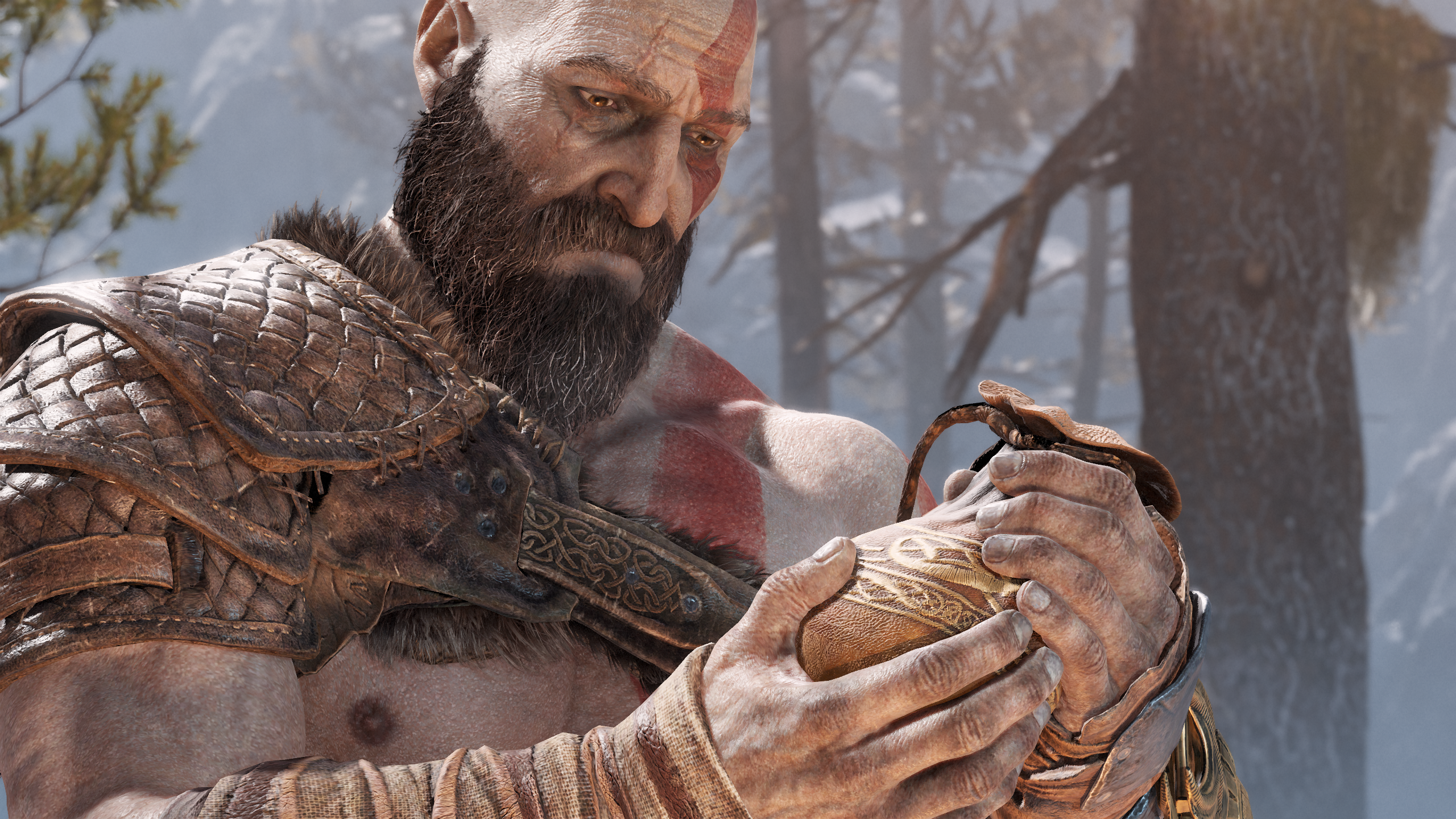 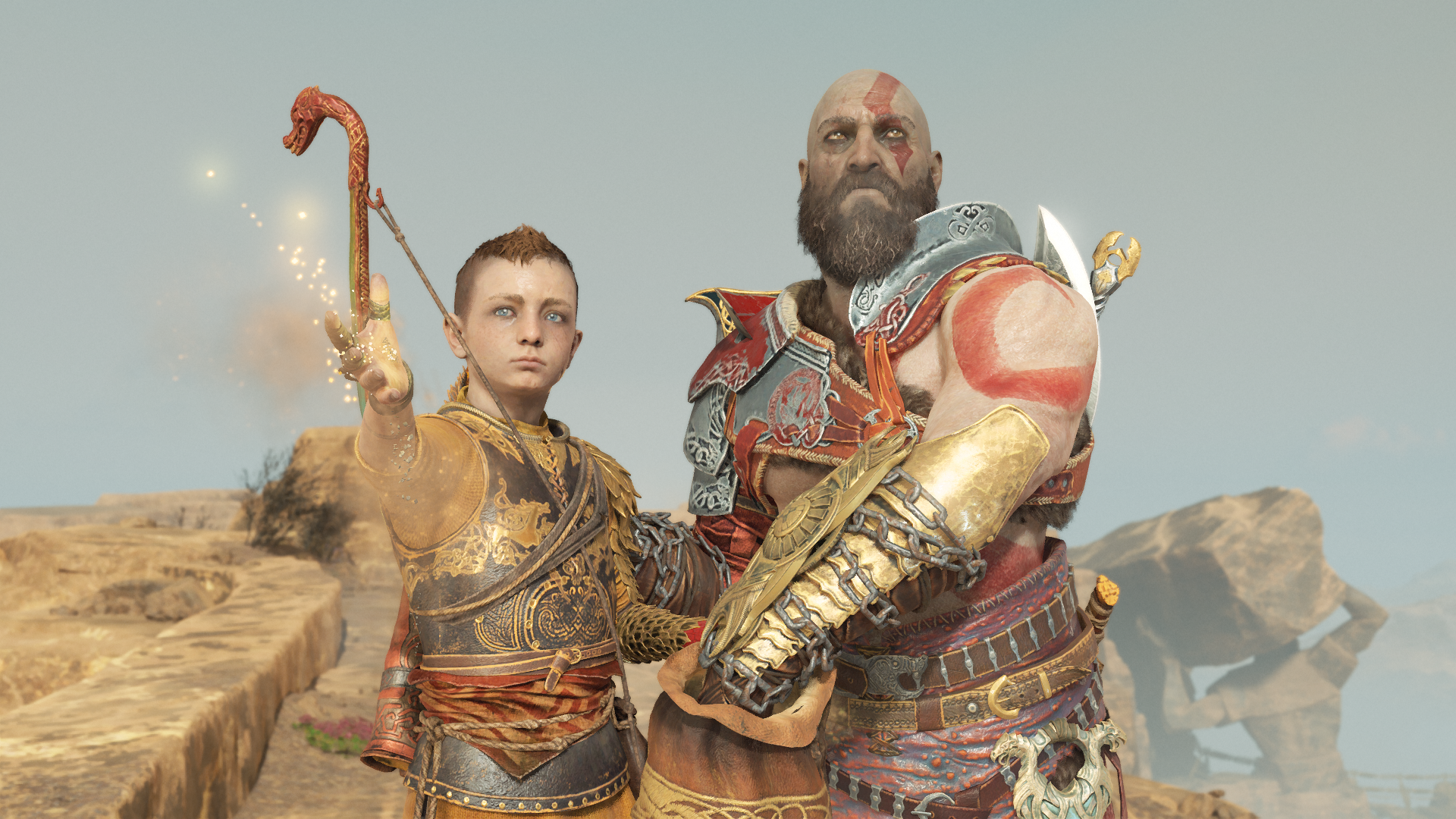 The game starts with Kratos and his son Atreus mourning Faye’s (Kratos’ wife and Atreus’ mother) death, whose final wish is for them to scatter her ashes on the highest peak in the Nine Realms. It almost seems like she knew all along that the gruelling journey to the top would aid Atreus in getting “ready,” (Kratos states multiple times in the story that Atreus is not prepared for battles or to carry Faye’s ashes to the mountain top) while Kratos could let go of his past and expose his true self, solidifying their father-son relationship. 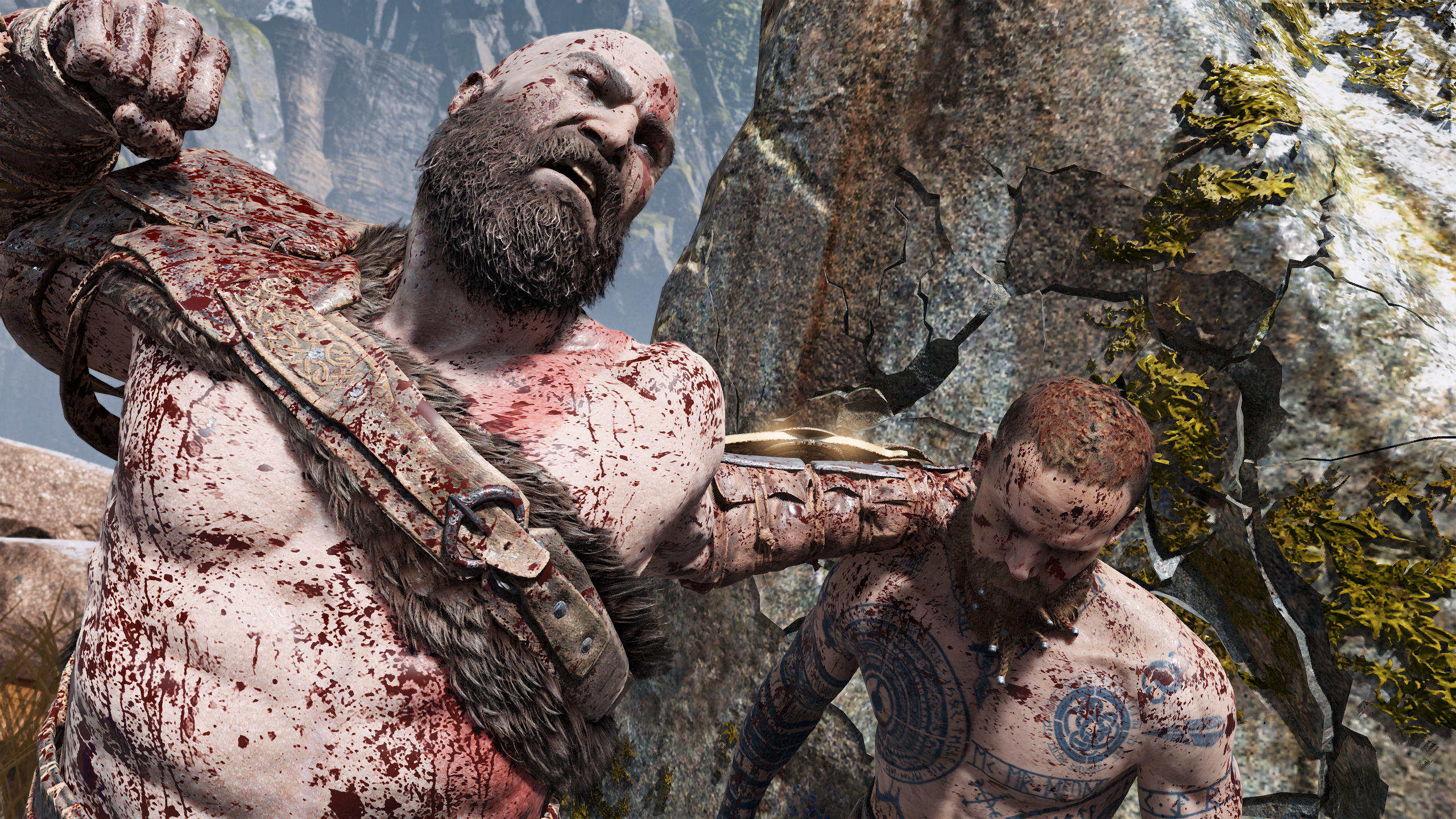 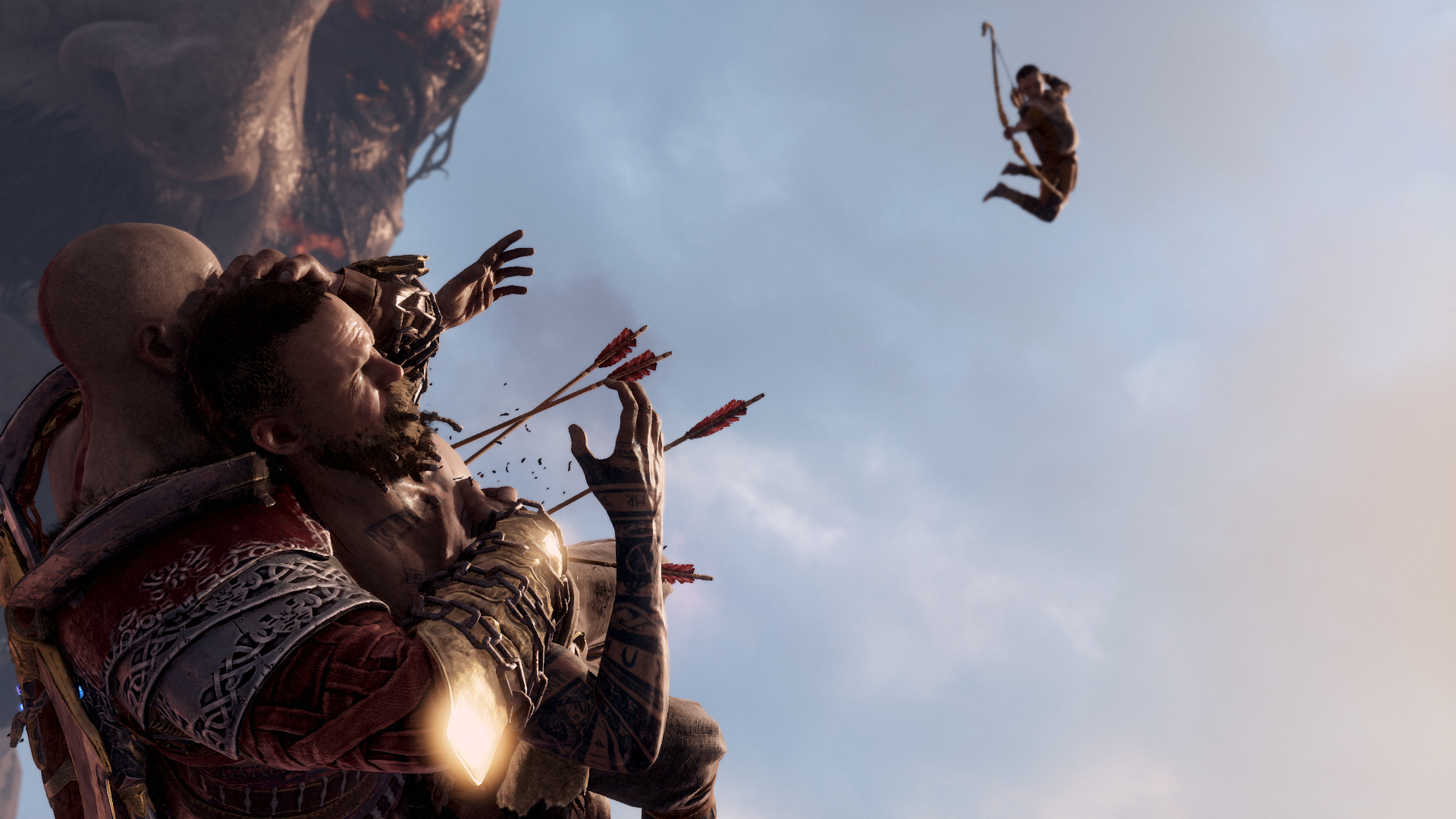 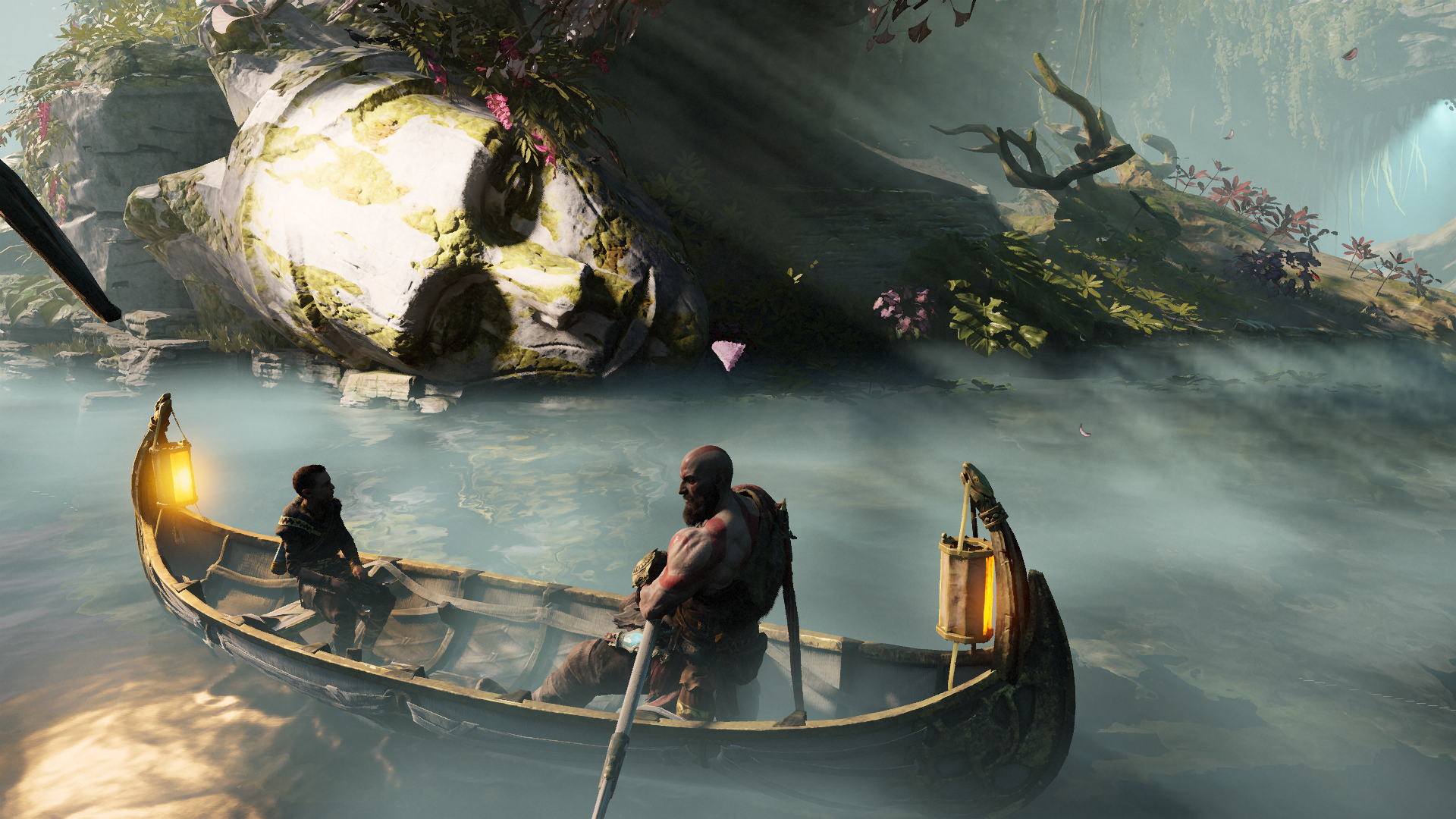 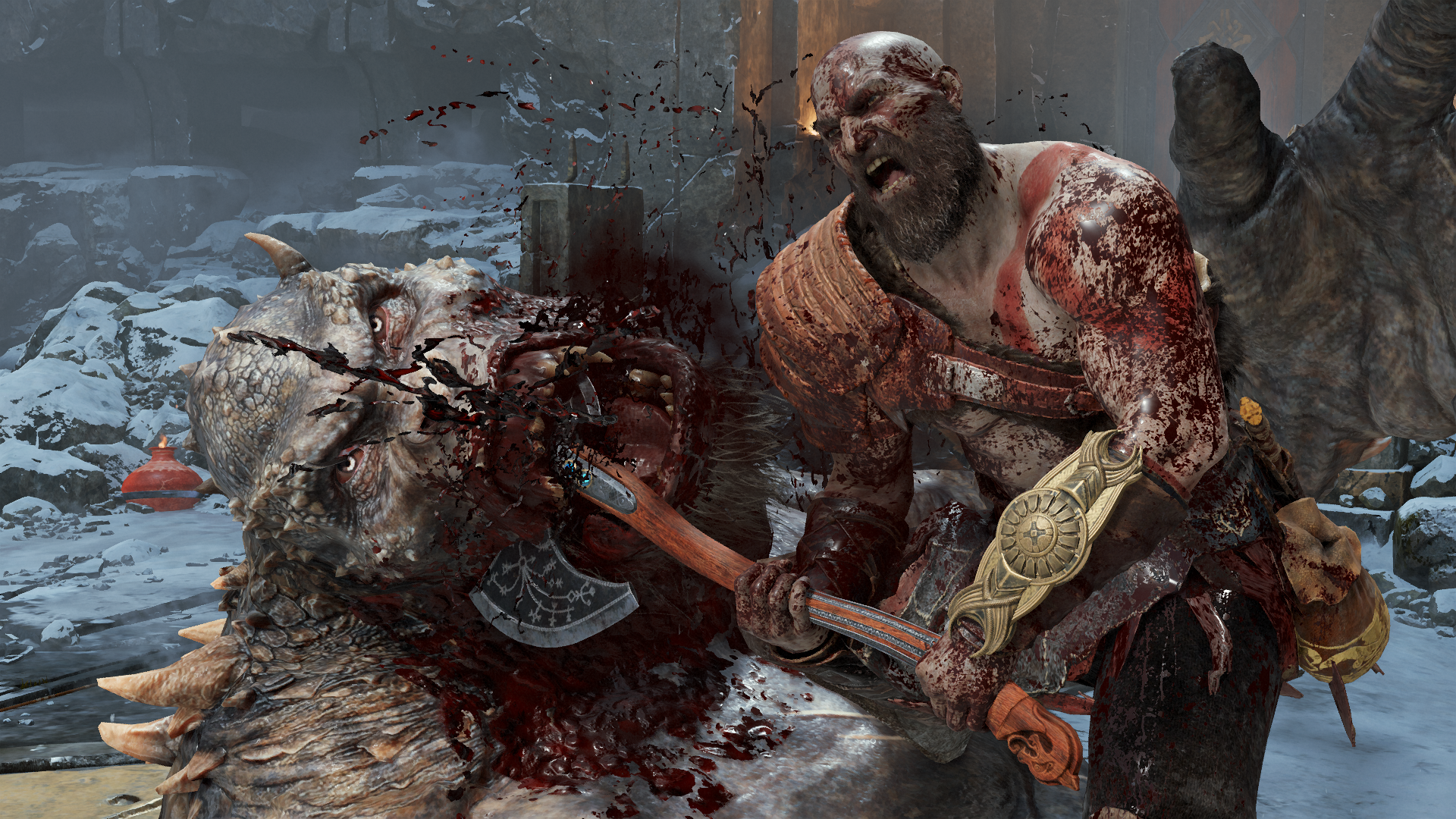 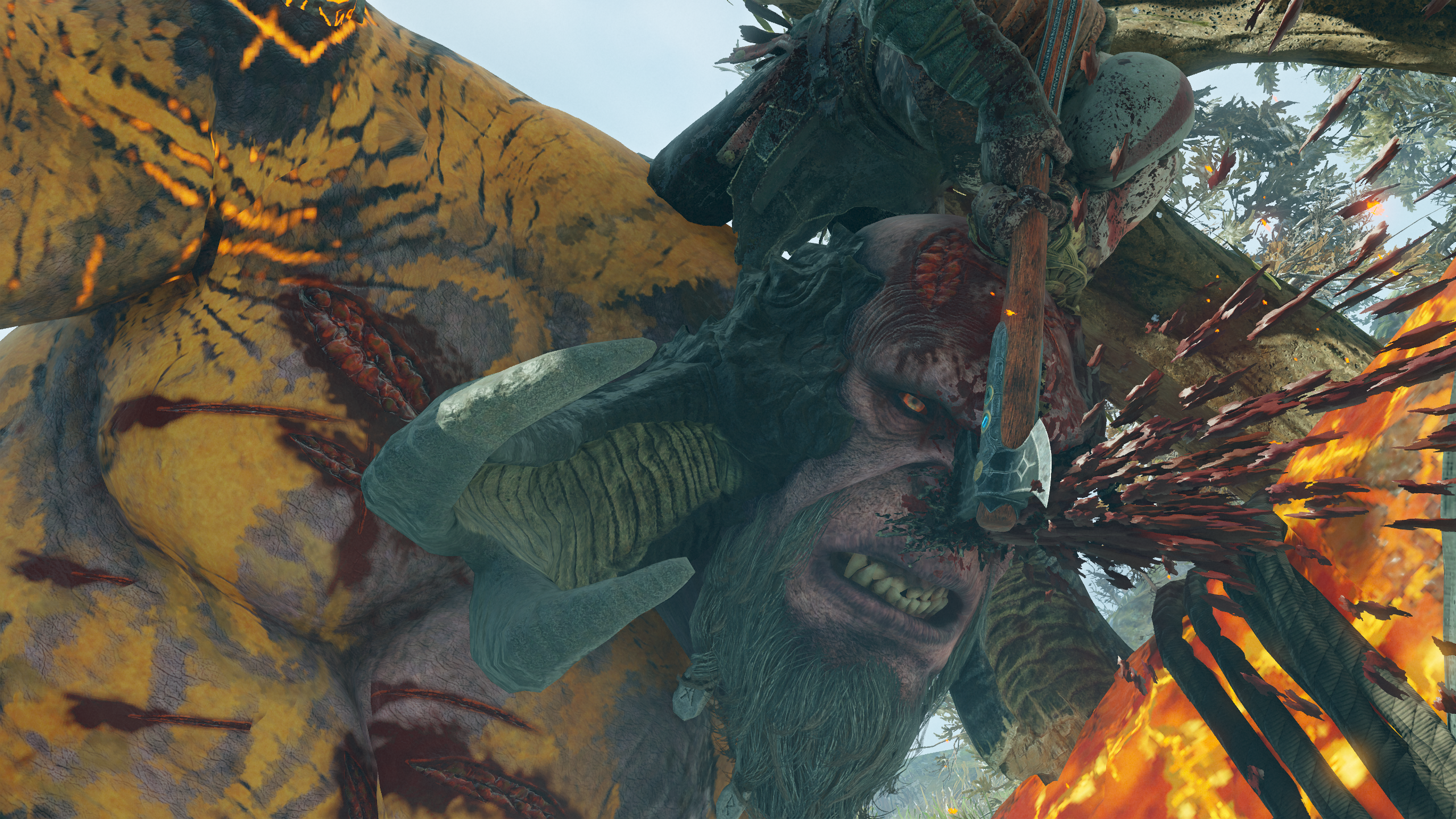 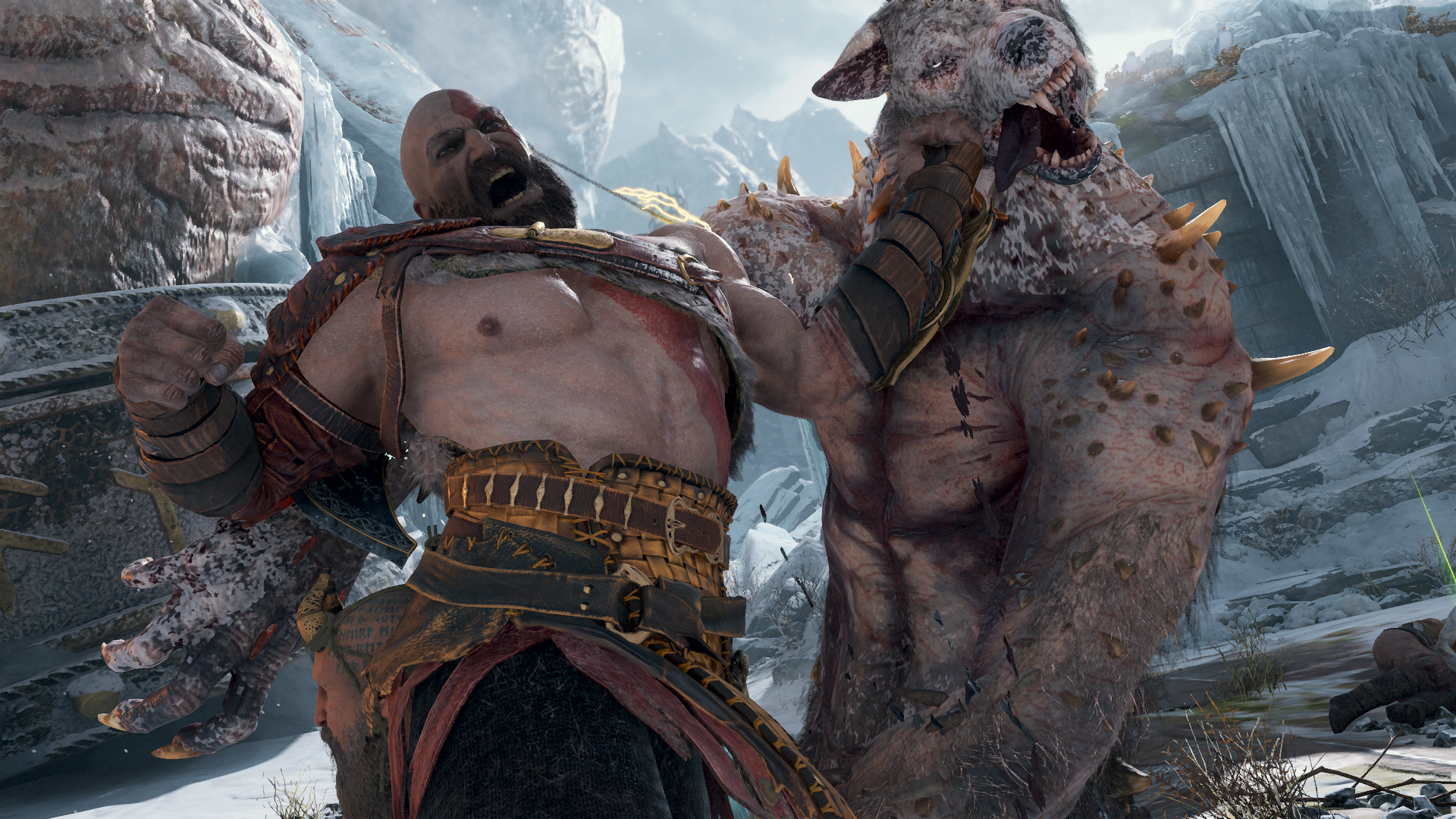 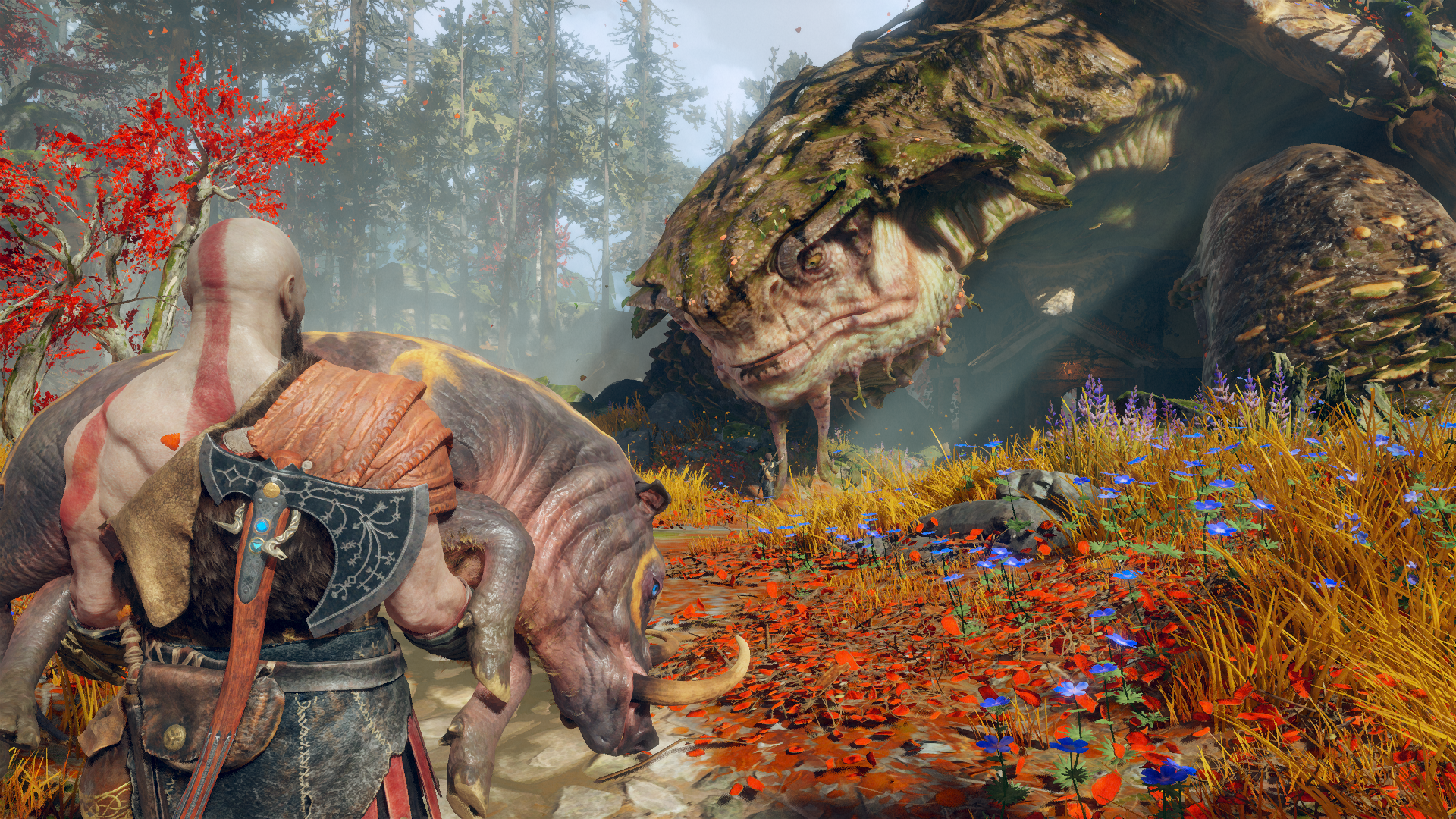 While the base narrative remains the same, what’s changed is how the title looks and controls. The game already looked great on last-gen consoles, but visually, it’s a whole different beast on PC. 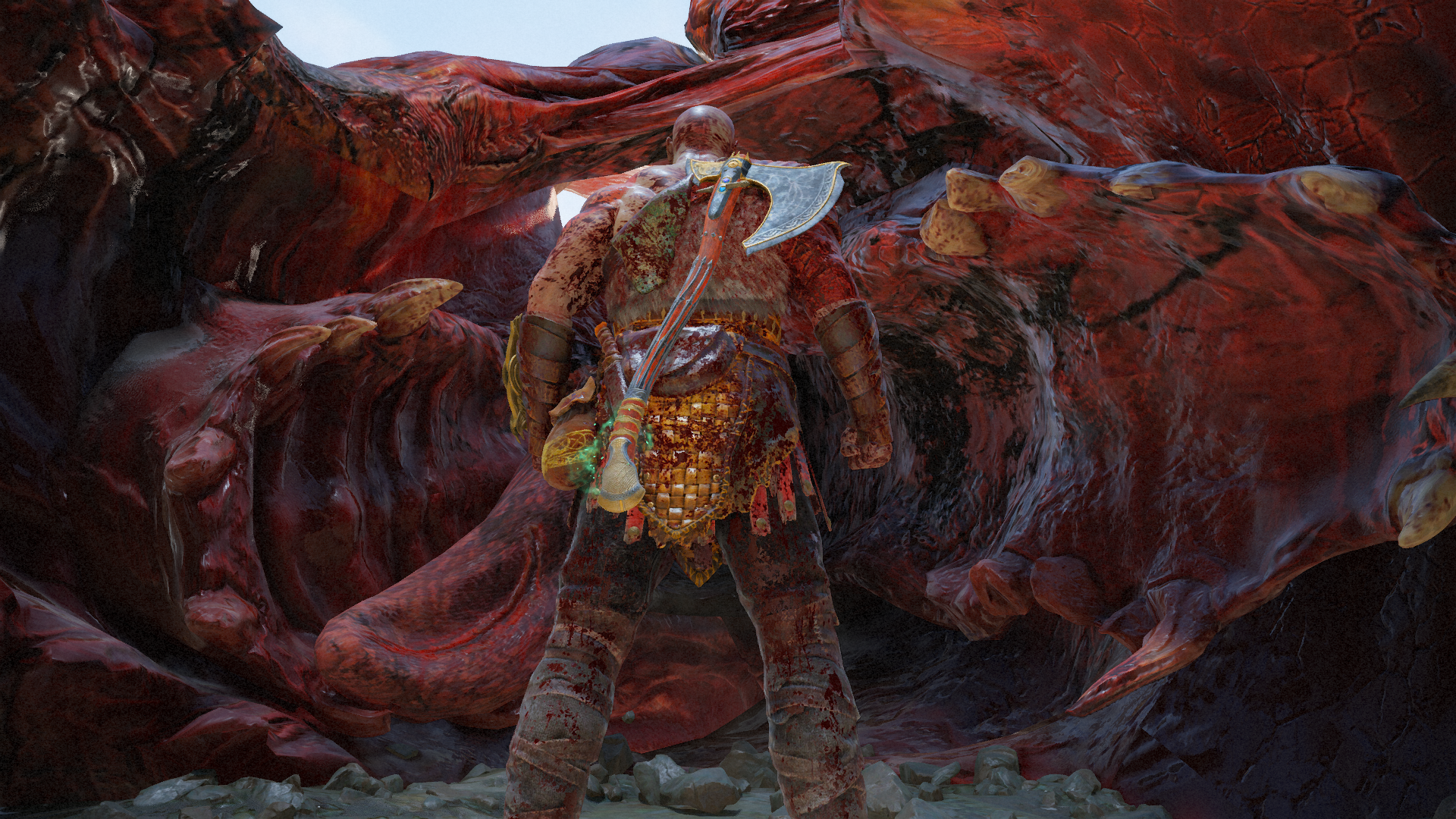 The PC port gives you several new controls over how you want the game’s graphics to look, including dedicated performance and quality modes that enhance the experience of playing a game full of cinematic cutscenes, cloud-engulfed mountains, lush green forests, vast lakes, wall carvings and a lot of magic. 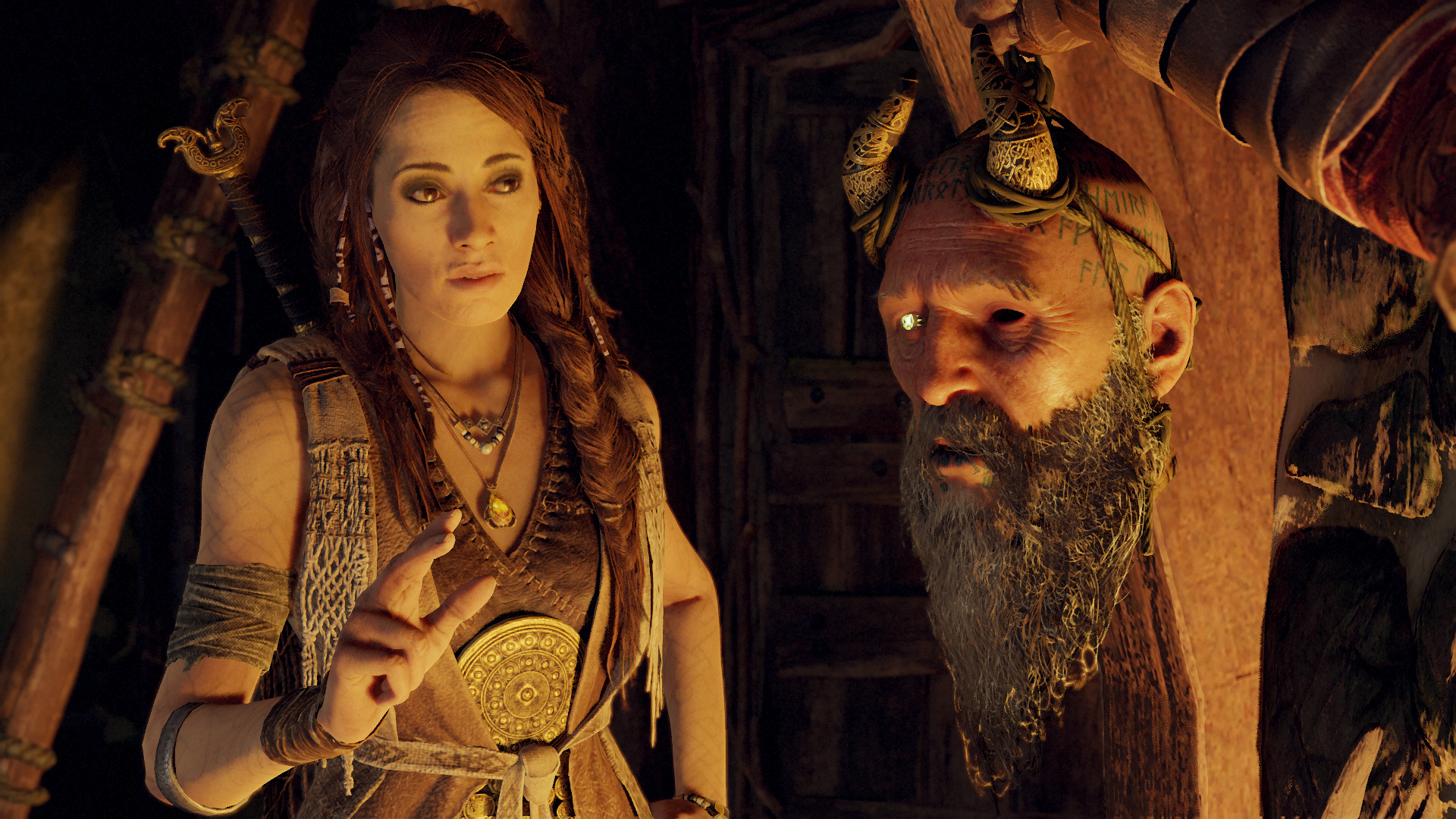 On my rig, I was able to achieve:

That being said, if you have an Nvidia GeForce RTX Series 20 or Series 30 GPU and a complete rig that isn’t too beefy, deep learning super sampling (DLSS) will likely be your best friend throughout the God of War journey. DLSS support is one of the main talking points of the PC port and lets you enjoy the title exactly how Santa Monica Studio envisioned it: with phenomenal graphics and a high frame rate.

In simple terms, DLSS allows your GPU to render frames at a low resolution, upscale them, and display the frames as they would look if you were running the game at a higher resolution. 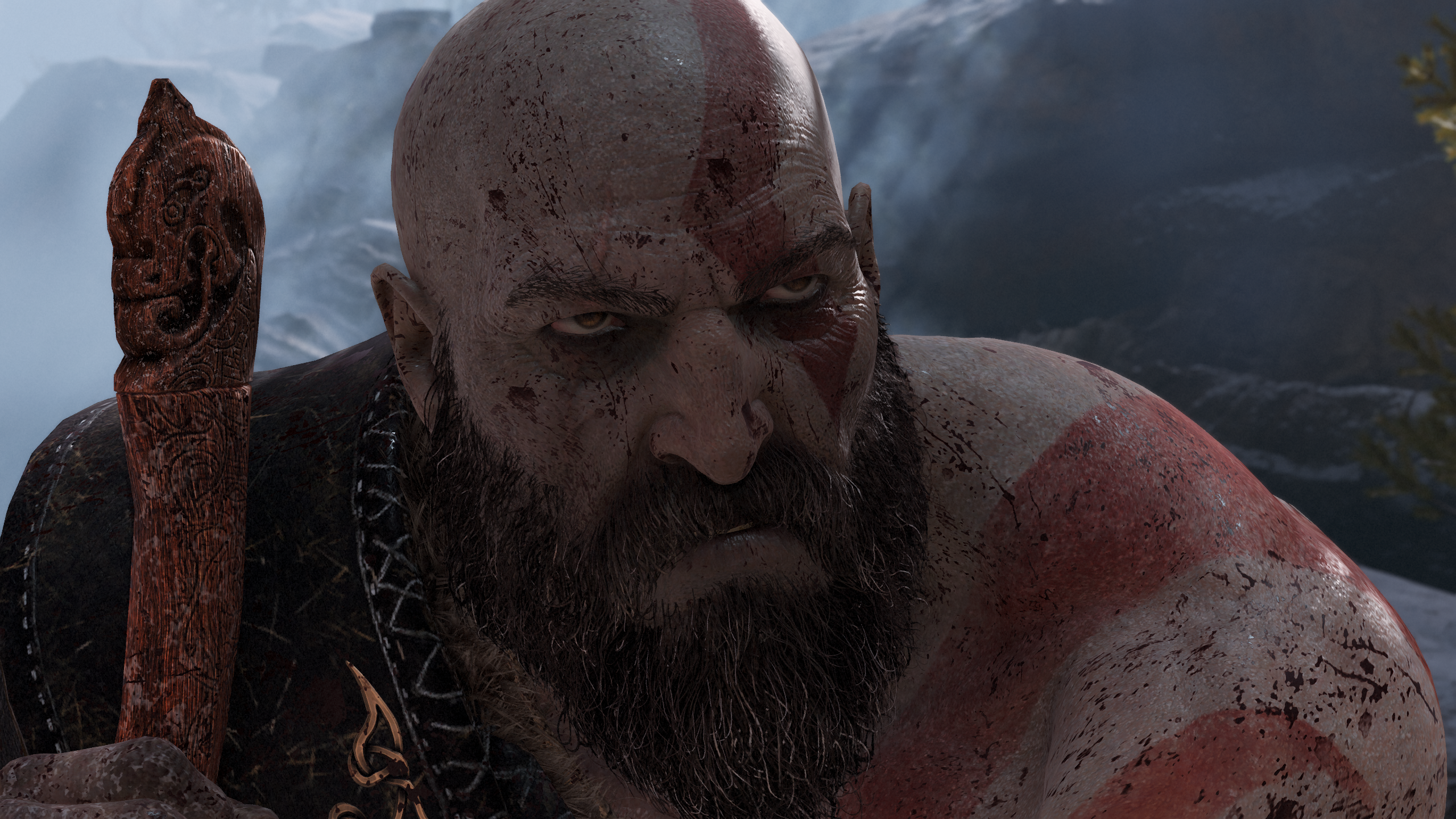 When I turned on DLSS on Ultra performance, FPS immediately jumped from 80-90 to about 115 with a slight compromise in visual quality. You might also notice that scenes take a little longer to render in, but you get stable FPS. On the other hand, selecting the ‘Quality’ mode on DLSS allowed for stable FPS in the 75-80 range while retaining the high graphical quality.

Similarly, DLSS can also be useful for powerful machines that can, for example, run games smoothly at FHD or 2K but struggle to reach 4K.

God of War is available now with NVIDIA DLSS, accelerating performance by up to 45% at 4K!

There definitely were moments when the God of War looked a little buggy, like in these photos below, which show Brok the Dwarf phasing through his work table, or instances where some objects would render with a delay. Still, errors like this aren’t noticeable until you’re specifically looking for them. 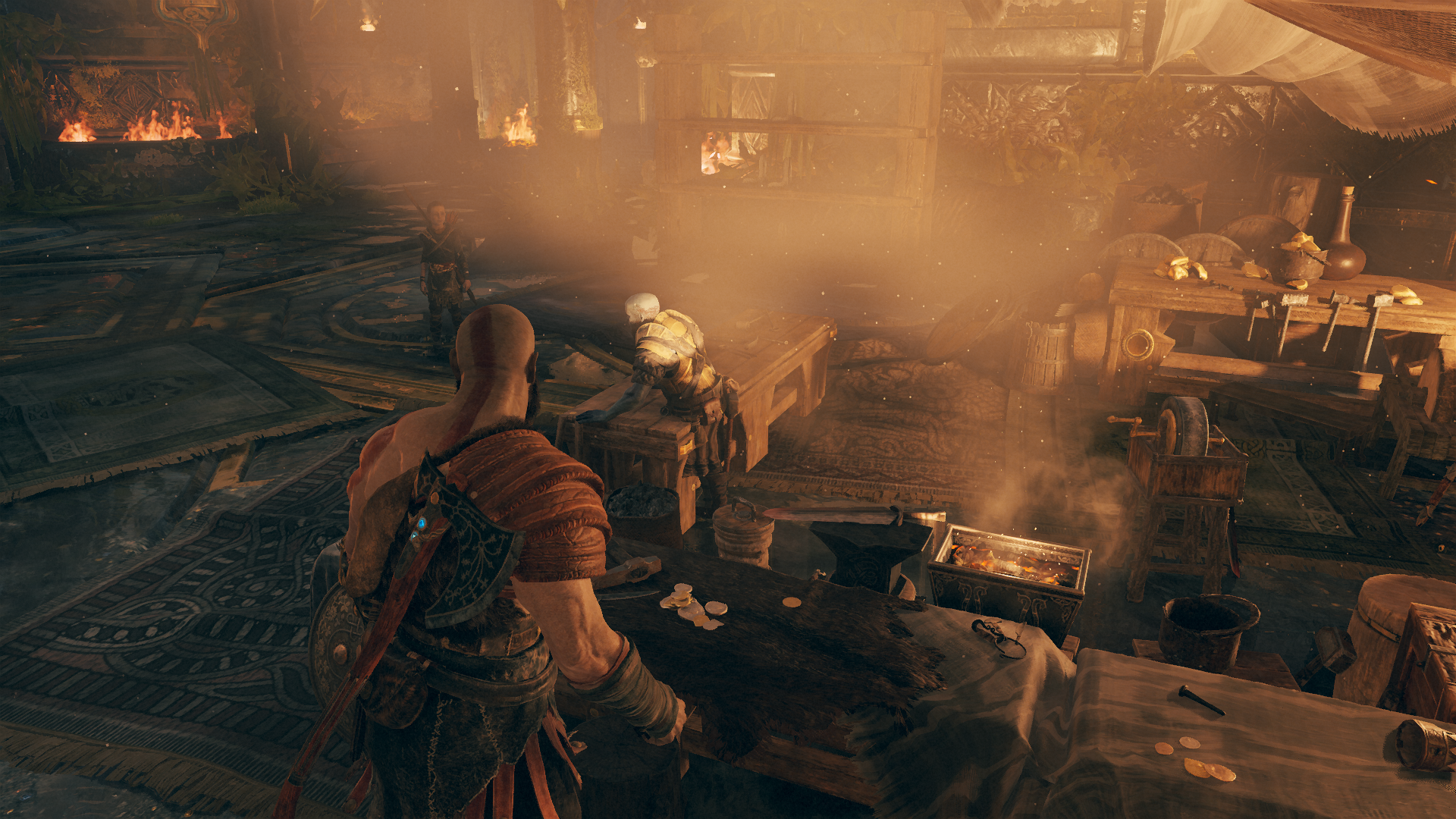 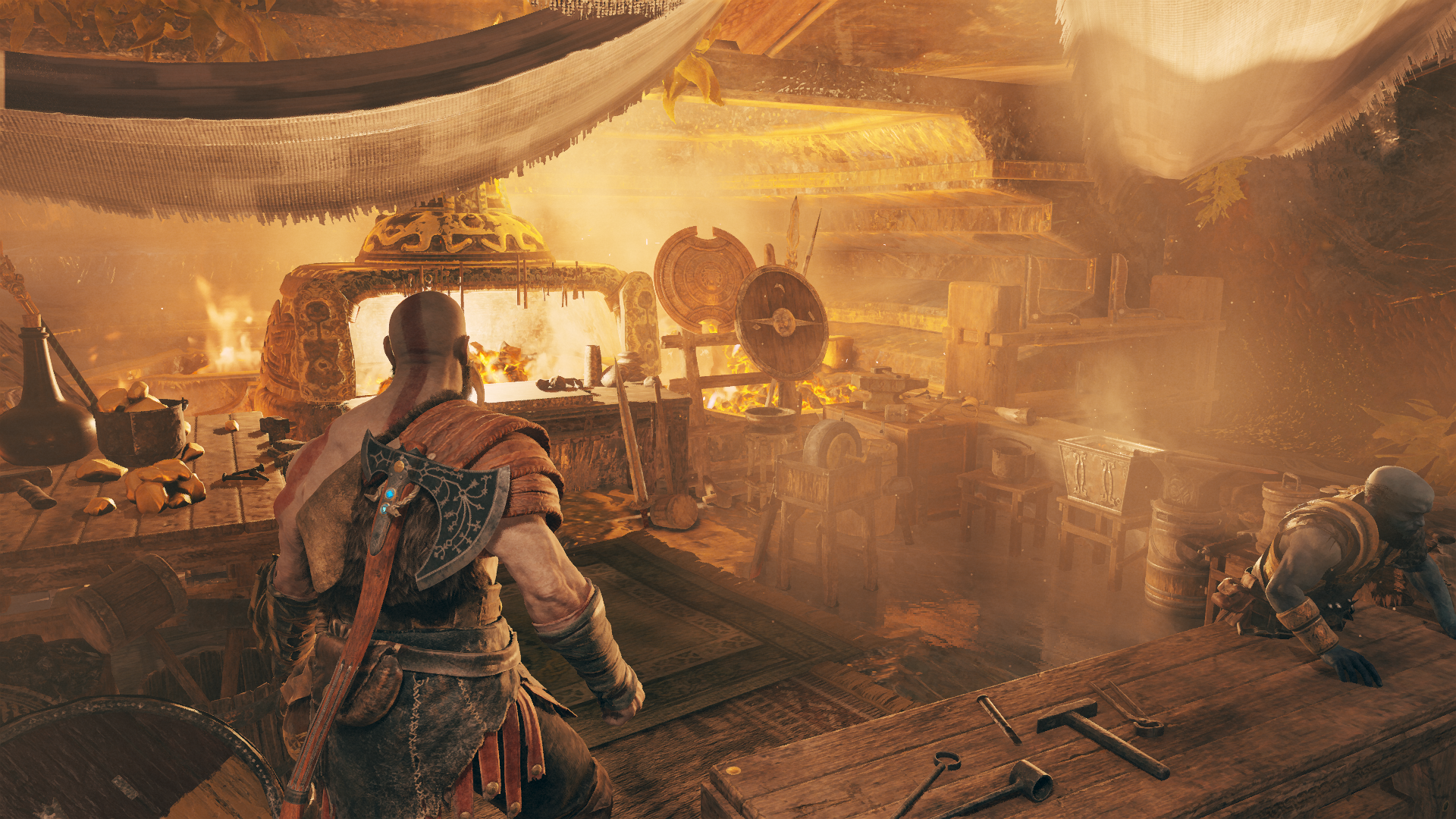 The game overall looks beautiful on PC, paired with music that is sure to give you goosebumps and a storyline that will have you hooked by the end and frantically waiting for the sequel, God of War: Ragnarök, to answer questions that were left unanswered.

If you’re a God of War fan and have played the game on console, I would certainly recommend taking it for a spin on PC if you have a powerful enough rig to handle the smoother gameplay experience and higher framerates. On the other hand, if you haven’t played the game at all, now is a great time to check out one of 2018’s best titles.