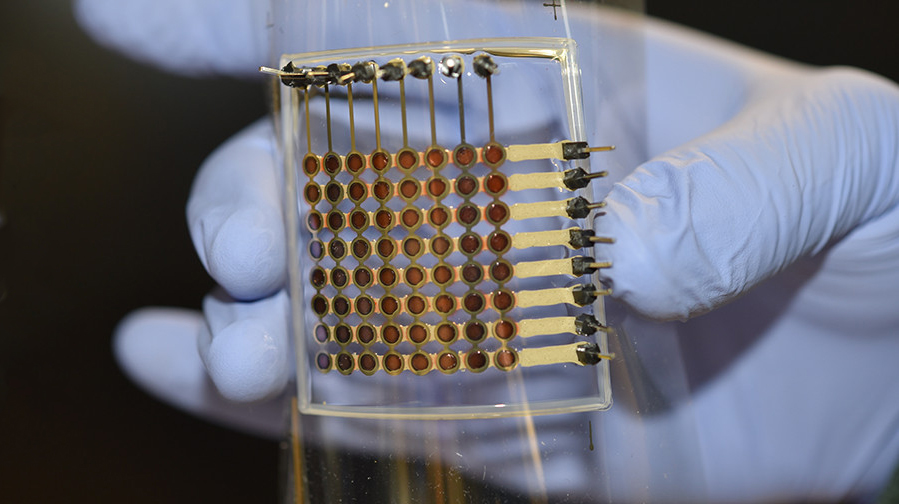 The University of Minnesota Twin Cities (UMTC) has created an entirely 3D printed OLED display, similar to those used in modern televisions, monitors and smartphones, using a customized 3D printer.

The new study might pave the way for future OLED displays that could be mass-produced at home using 3D printers rather than by technicians in microfabrication facilities. Published by the peer-reviewed journal Science Advances and published by the American Association for the Advancement of Science, the study might lay the groundwork for future DIY at-home screen repairs.

“OLED displays are usually produced in big, expensive, ultra-clean fabrication facilities,” said Michael McAlpine, the senior author of the study and the University of Minnesota Kuhrmeyer family chair professor, department of Mechanical Engineering. “We wanted to see if we could basically condense all of that down and print an OLED display on our table-top 3D printer, which was custom built.”

OLED panels function by converting electricity into light through the use of an organic material layer. According to the university, they attempted to 3D print an OLED screen in the past to no avail because the uniformity of the light-emitting layers caused issues. This time however, the University of Minnesota team created a six device layer using two different 3D printing techniques, resulting in a “fully 3D-printed, flexible organic light-emitting diode display.”

Some components of the display were extrusion printed, whereas some layers were spray printed, as seen in the video above. The result was a flexible OLED display prototype which is about 1.5 inches on each side and had 64  working pixels.

“I thought I would get something, but maybe not a fully working display,” said Ruitao Su, the first author of the study and a 2020 University of Minnesota mechanical engineering Ph.D. graduate. “But then it turns out all the pixels were working, and I can display the text I designed. My first reaction was ‘It is real!’ I was not able to sleep, the whole night.”

Since the current test display is too small (64 pixels), the university’s next objective is to design a higher resolution display with improved brightness. For reference, a regular 1080p display contains millions of pixels, so the team certainly has a long way to go.

Also, don’t expect to be dishing out OLED displays from home any time soon. The 3D printer used by UMTC is a custom one and costs about the same as a Tesla Model S.

Learn more about the study here and or read the research paper here to dive deep into the project.