Twitter is starting a new test on iOS and Android that will let users adjust conversation settings on live tweets.

According to a tweet from Twitter Canada’s head of communications, Cam Gordon, the social media platform will now give users the ability to restrict who can reply to a tweet after it’s live.

Twitter introduced conversation settings in August 2020, but until now users could only set reply restrictions when composing a tweet. Limits include letting everyone reply, only people that you follow or only people that you mention. Although those limits haven’t changed, the new test now lets users swap these settings on live tweets.

To do so, pick a tweet you want to change and tap the three-dot menu button in the top-right corner of the tweet. Then tap ‘Change who can reply’ and select one of the three options.

A picture shared by Gordon indicates Twitter will also highlight tweets getting more attention than usual and suggest users change the conversation settings for those tweets. 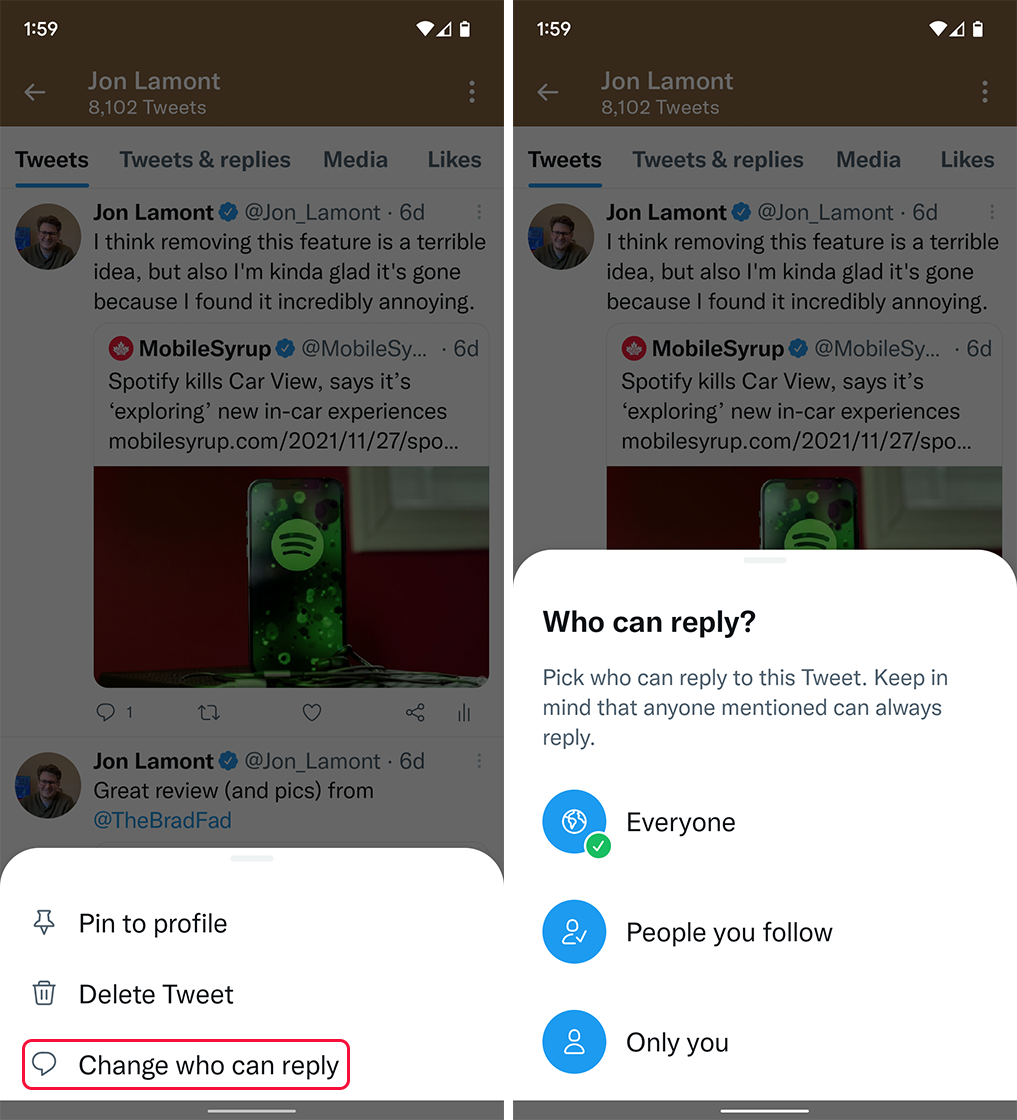 I had access to the new feature on both Android and iOS. However, it’s not clear how widespread the test is.

You can learn more about Twitter’s conversation settings here.