This mod turns the GBA into a PSP... sort of 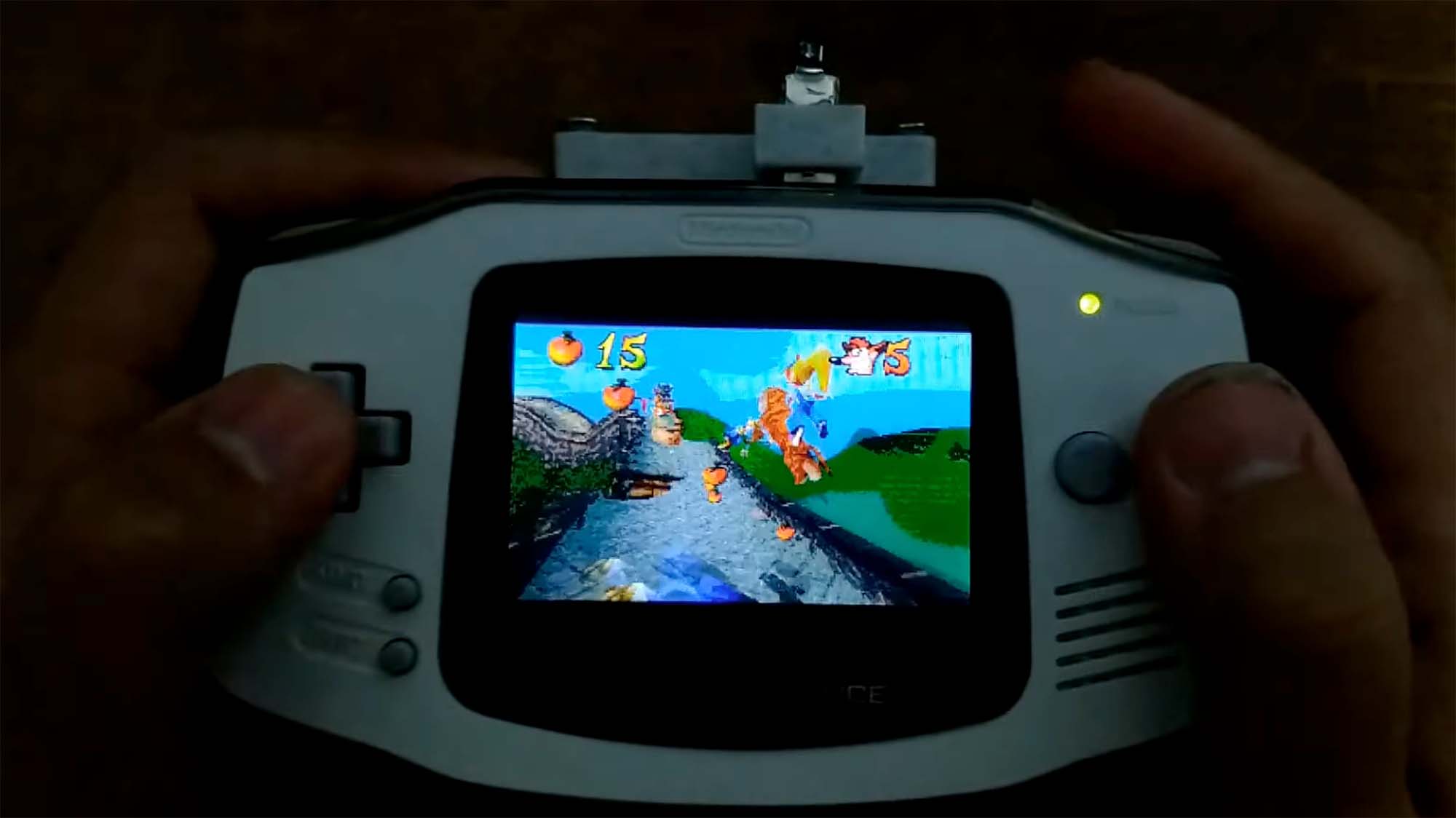 The above headline is not something I ever thought I’d write.

Well-known console mode Rodrigo Alfonso is at it again, and this time, he’s modded Nintendo’s Game Boy Advance (GBA) to run PlayStation, Super Nintendo (SNES) and Sega Genesis titles. What’s different about Alfonso’s approach to this mod is that rather than altering the actual GBA, he instead created a custom cartridge powered by a Raspberry Pi 3, a tiny but powerful computer.

The custom cartridge features a Raspberry Pie running RetroPie and video input is streamed through the GBA’s multiplayer Link Port. The port can only transfer 1.6Mbps of data in total, which makes the setup somewhat restrictive.

However, according to Alfonso’s YouTube video about the project, lowering the GBA’s native 240 x 160 pixel resolution results in PlayStation games running more smoothly. In the brief video of the mod in action (seen above), you can see Spyro for the PlayStation, and Battletoads, Super Mario RPG and more for the SNES, running on a GBA with a modded backlit display.

While this is a roundabout, very customized solution to getting PlayStation titles to run on a GBA, it’s still fascinating. Like his past projects, Alfonso has released instructions on putting together your own custom GBA Rasberry Pi on GitHub.