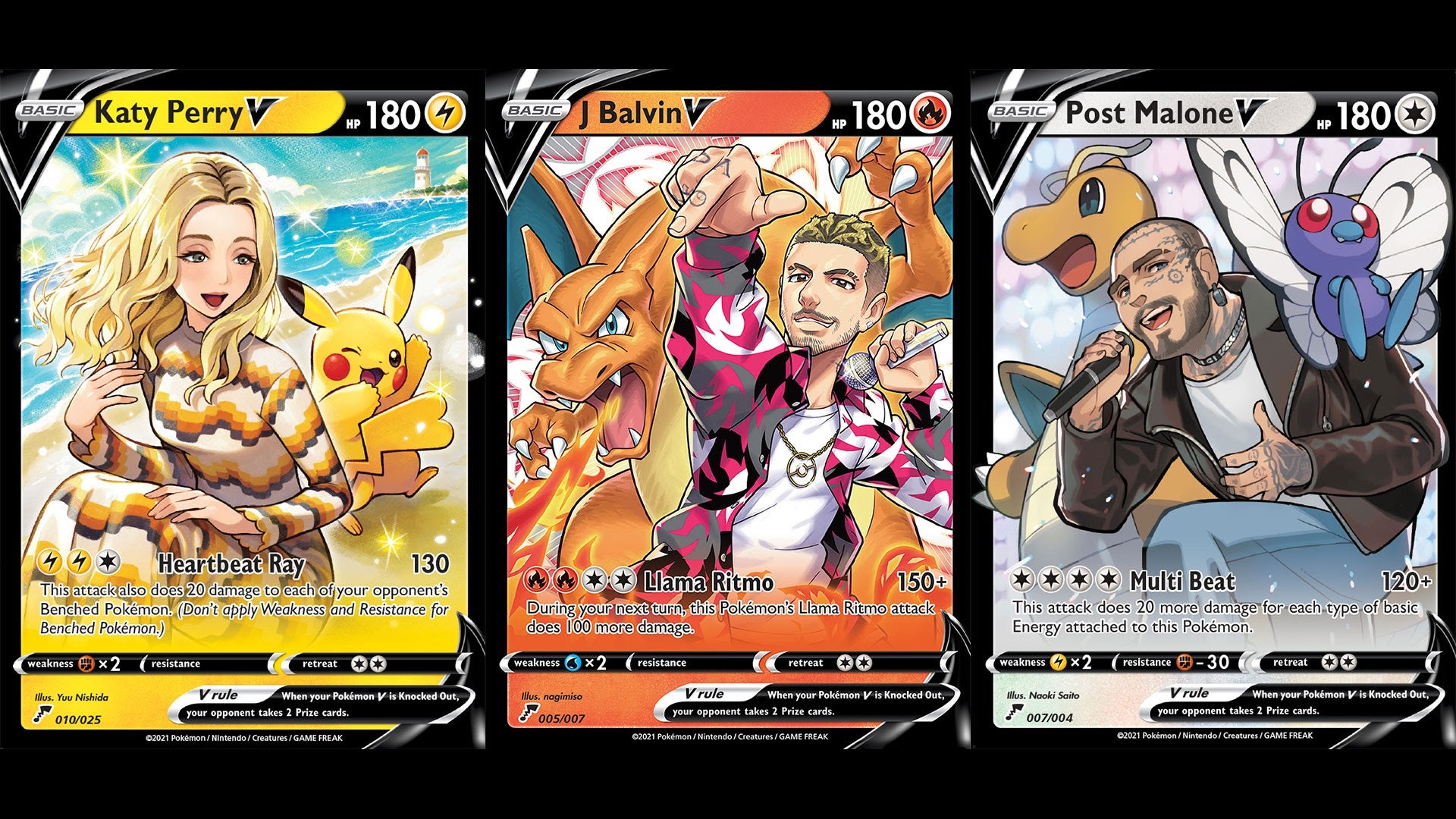 Since the beginning of the year, the Pokémon Company, Nintendo and Game Freak have been celebrating the 25th anniversary of the Pokémon series.

As part of the celebration, the Pokémon Company has revealed new trading cards modelled after Post Malone, Katy Perry and J Balvin. The cards are being unveiled as part of a promotion for Pokémon 25: The Album.

Katy Perry is partnered up with the electric mouse, Pikachu, Post Malone has Butterfree and Dragonite, and J Balvin is teamed up with the Fire, Flying-type Pokémon Charizard.

These cards also feature attacks, HP, retreat costs and weaknesses. There’s also the ‘P25’ logo and what looks like the Pokémon number, but is actually the featured artist’s birthday in the bottom right corner.

Unfortunately, these aren’t official cards that you can actually purchase, but you can check them out on the Pokémon 25 website. If you want to listen to Pokémon 25: The Album, click here.