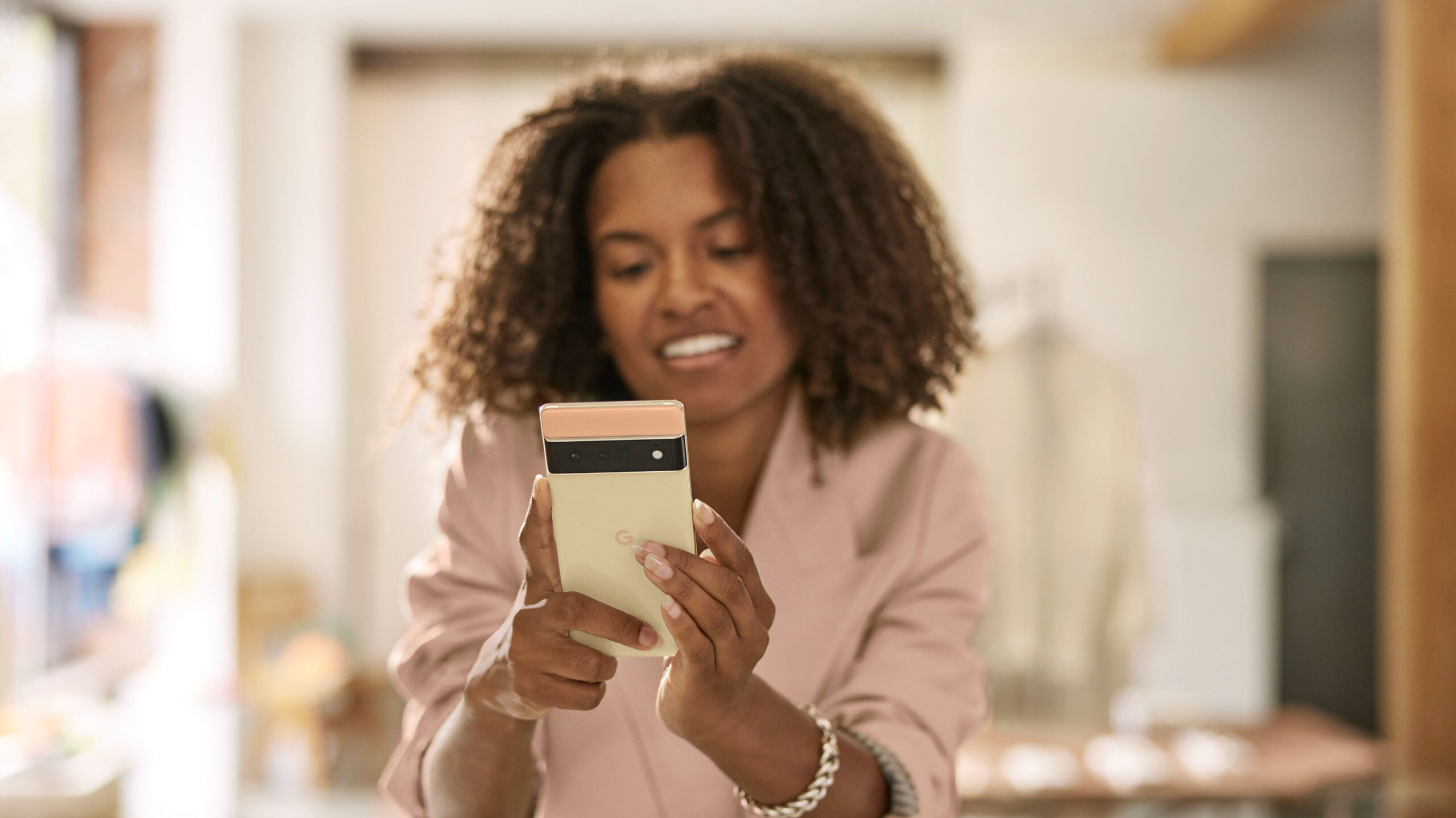 Pixel 6 and 6 Pro leaks have been relatively scarce compared to previous Google phones, but as the search giant’s October 19th event approaches, the leaks have increased substantially.

First, leaker Evan Blass (@evleaks) posted a lengthy thread of high-res images and renders of both phones on Twitter. The images include renders of the Pixel 6 and 6 Pro in all three colours, renders of some cases for the phones and lifestyle shots with people holding the phones. We haven’t seen some of the pictures before, but if you’ve been following the Pixel 6 series closely since Google’s semi-reveal earlier this year, there shouldn’t be any surprises in this leak.

Next up, leaker ‘Snoopy’ (@_snoopytech_) posted a Pixel 6 series ad on Twitter (via 9to5Google). The roughly 30-second ad focuses on the new Tensor chip and shows off several features powered by it. Those with a keen eye will spot some of the new Android 12 clock and weather widgets, what appears to be a redesigned ‘Now Playing’ widget and a ‘Magic Eraser’ feature.

This isn’t the first time Magic Eraser has leaked, but seeing it in an official-looking Google Pixel ad effectively confirms the feature’s existence. For a bit of context, Google showed off a similar feature all the way back at its I/O developer conference in 2017. The feature never materialized, and the company confirmed in 2018 that it wasn’t coming soon.

In the ad, Magic Eraser appears as a suggestion chip in Google Photos — the user taps the chip, and it highlights a person in the background of a selfie and then removes that person from the image.

Further, the leaked ad shows off ‘Live Translate’ in a conversation between two people, in Google’s Messages app and in pictures, although the latter appears to be existing Google Lens functionality. The impressive part comes after, where the ad claims that there’s “no internet required” for the feature.

Finally, the ad shows off the new ‘Security Hub,’ which Google bills as a helpful way to protect your “digital life.”

All in all, the ad makes the Pixel 6 series look rather impressive. We’ll likely learn more about all these features on October 19th and real-life tests from reviewers soon after will show how well the features actually work.