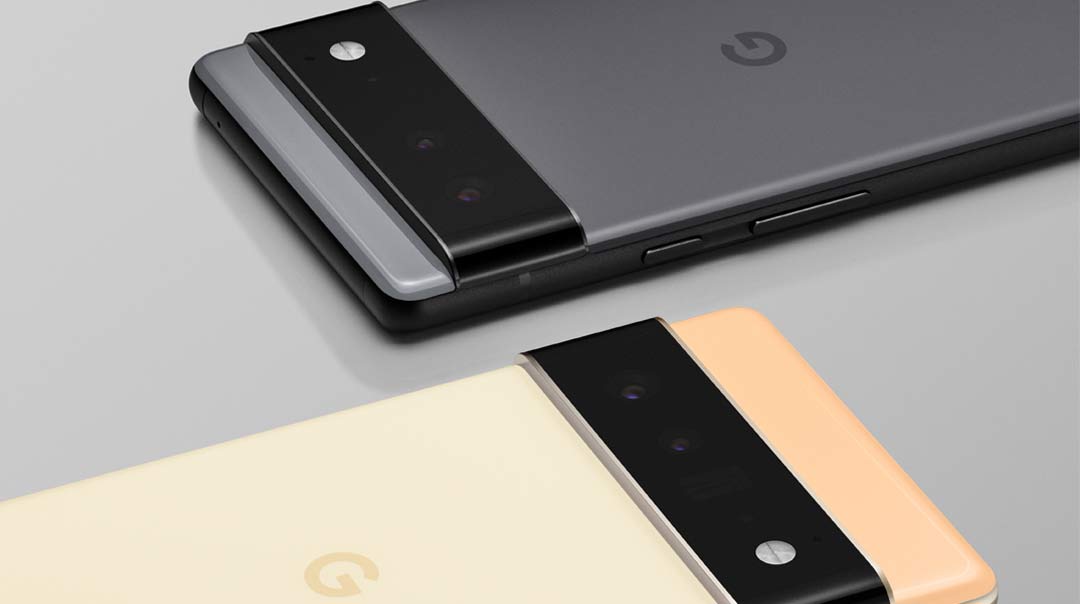 Images, renders and videos of upcoming smartphones continuously leak. These leaks can be challenging to follow, so we compiled a list of the past week’s hottest rumours.

From September 18th to September 24th, we saw a couple of leaks about the Pixel 6, Galaxy S22 and even a foldable iPhone.

Below are all the major smartphone leaks from September 18th to September 24th:

Google’s support page lists Android devices that are certified to support Play Services for ARCore, and mysteriously, the still-not-officially-announced Galaxy S21 Fan Edition is now on it.

Well-known tipster Ice Universe tweeted that “Note is over, but it’s not over. S becomes Note!” This likely means that at least some upcoming S series smartphones will be a bit more Note-like.

Update: Note is over, but it's not over. S becomes Note!

Perhaps this means that the S22 Ultra will include an S-Pen slot next year? While the Galaxy S21 Ultra worked with the S-Pen, users had to buy it separately. This could also mean we might get a more square-shaped Note smartphone this year.

Samsung isn’t working with Olympus on its cameras like was previously leaked. According to LetsGoDigital, Olympus/OM Digital Solutions GmbH, told the publication that the company isn’t planning to work with Samsung.

Further, Olympus didn’t say whether or not the partnership was on the table at one point. With that, it seems that the Galaxy S22 series won’t feature Olympus branding of any kind.

The Samsung Galaxy S22 Ultra will reportedly sport a slightly curved display with a 6.8-inch display and a high refresh rate. The dimensions OnLeaks provided measured in at roughly 163.2 x 77.9 x 8.9mm with a thickness of 10.5mm if you include the camera bump.

It also seems that the device features a P-shape camera module with a quad-camera setup with a variety of sensors. One of the lenses is evidently a square-shaped periscope lens, which means the phone will have probably 10x zoom.

This isn’t an actual leak, but it’s still pretty cool.

This concept smartphone design comes from the Technizo Concept YouTube channel, which partnered with LetsGoDigital.

Over the weekend, OnLeaks released renders of the Galaxy S22 and S22+ that show off a slightly tweaked design. Both phones are reportedly smaller than their predecessors. 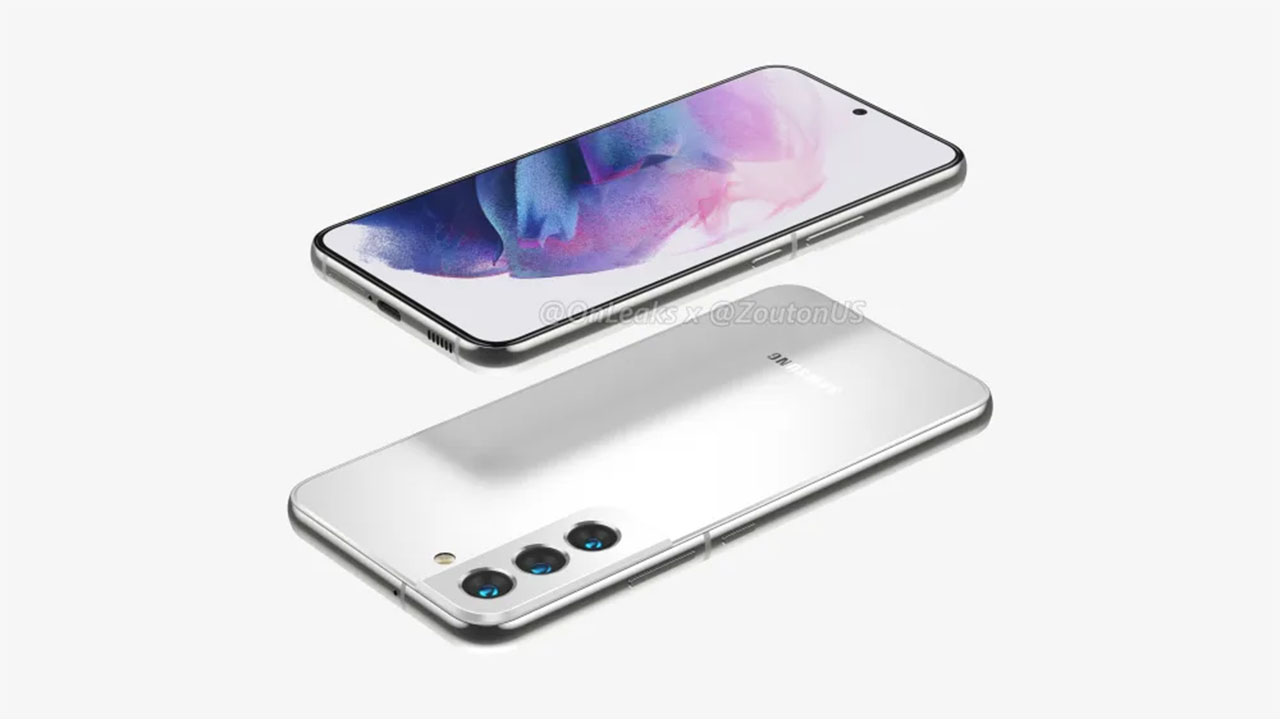 You can read more about the renders here.

We now have another leak indicating that a second Pixel foldable, dubbed ‘Jumbojack’ internally at Google, might be on its way.

Uncovered in the upcoming Android 12.1 code by 9to5Google, the foldable reportedly features a dual-display setup similar to the Samsung Z Fold 3, with main and cover displays that shut off depending on how you’re using the device.

Heard from someone I trust that the foldable Pixel — codename: Passport, retail branding: unknown — will indeed launch before the end of the year. Apparently they've been working on this device for over two years, and if the P6 is any indication, it'll be worth a look.

Google’s upcoming Pixel 6 Pro has turned up in a hands-on video posted online, giving viewers a good look at the back of the device and what appears to be a refreshed setup screen.

I think this may be the first hands on video leak of a Google Pixel 6 Pro.

FYI: The logo would indicate that this is likely an early production test unit, so that means there may be some differences between what you see here and the actual production device. #teampixel pic.twitter.com/4QSvdktqA7

We’ve known the Pixel 6 and 6 Pro would come here for a while, but it’s nice to see actual confirmation courtesy of the government.

It looks like Google will finally offer improved camera hardware in a smartphone with the upcoming Pixel 6 and 6 Pro.

Starting with the primary camera, the hardware will leap significantly to Samsung’s ISOCELL GN1 50-megapixel sensor. The ultra-wide camera will use a 12-megapixel IMX386 sensor, while the 4x optical telephoto camera on the 6 Pro will use a 48-megapixel IMX586 sensor. The phone will reportedly support up to 20x zoom with photos and videos (except 4K, where zoom is capped at 7x) and 4K/60fps video recording.

This is just a concept of the aforementioned Jumbojack Pixel leak.

The designer added the look of the Pixel 6 Pro on the back, along with the same type of camera design. There’s also a hole-punch camera on the cover screen in the top left corner, and on the larger inner display, a hole punch shooter on the right side.

The iPhone 14 Pro is rumoured to feature a hole-punch design with a 48-megapixel wide camera.

According to reliable analyst Ming-Chi Kuo, 2022 will see the release of “two new high-end models equipped with a punch-hole display (replacing the notch area design) and a 48MP wide camera.” Kuo says these phones, which are expected to be called the iPhone 14 Pro and 14 Pro Max, will be the only ones in Apple’s 2022 lineup to feature the “punch-hole display.”

In addition to the 14 Pro and Pro Max, Kuo says there will be a “new and more affordable 6.7-inch iPhone” (presumably the iPhone 14) coming in fall 2022 as well. Ahead of that reveal, though, they expect a new iPhone SE with 5G support in the first half of 2022.

Apple might be going for a significant design refresh with its rumoured future foldable, according to Business Korea.

The report states that the Cupertino, California-based tech giant’s first foldable smartphone will feature a 7.5-inch display panel developed by LG. We recently reported that LG is currently developing a new ‘Real Folding Window’ display material that doesn’t leave creases, a problem that is still prevalent in new Flip 3 and Fold 3 smartphones. Considering Apple’s focus on perfection, the ‘Real Folding Window’ is definitely a component could be integrated into Apple’s foldable.