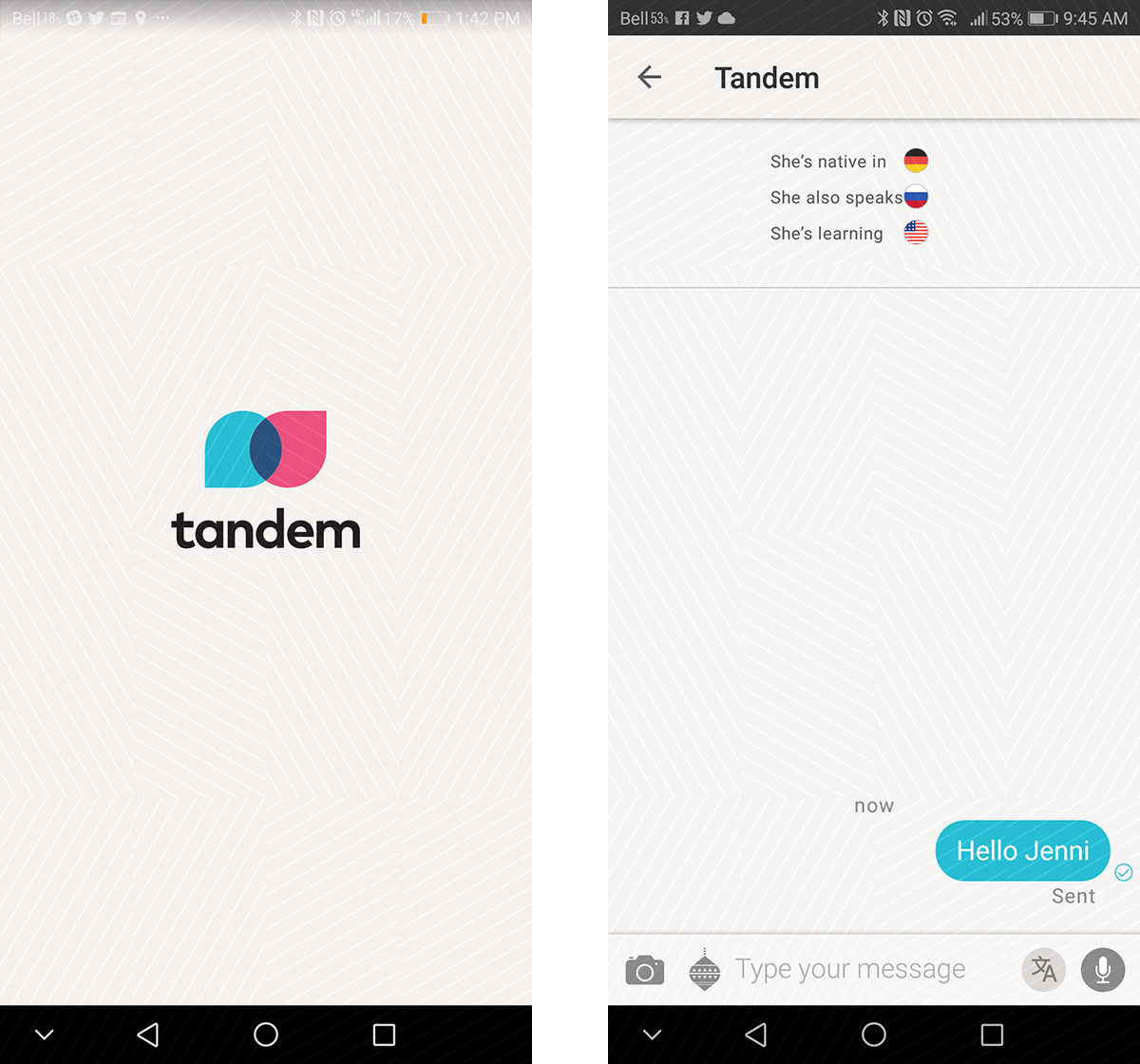 Want to learn a new language?

While for some people the process of learning a new language is a bit daunting, the Tandem app aims to make it easy for everyone.

Tandem helps its user learn more than 150 different languages and was recently awarded one of the Google Play Store’s ‘Best App of 2017’ awards in the social category.

Tandem teaches languages in an interesting way. Unlike Duolingo or Babbel, Tandem actually introduces users to one another so they can help each other learn new languages. 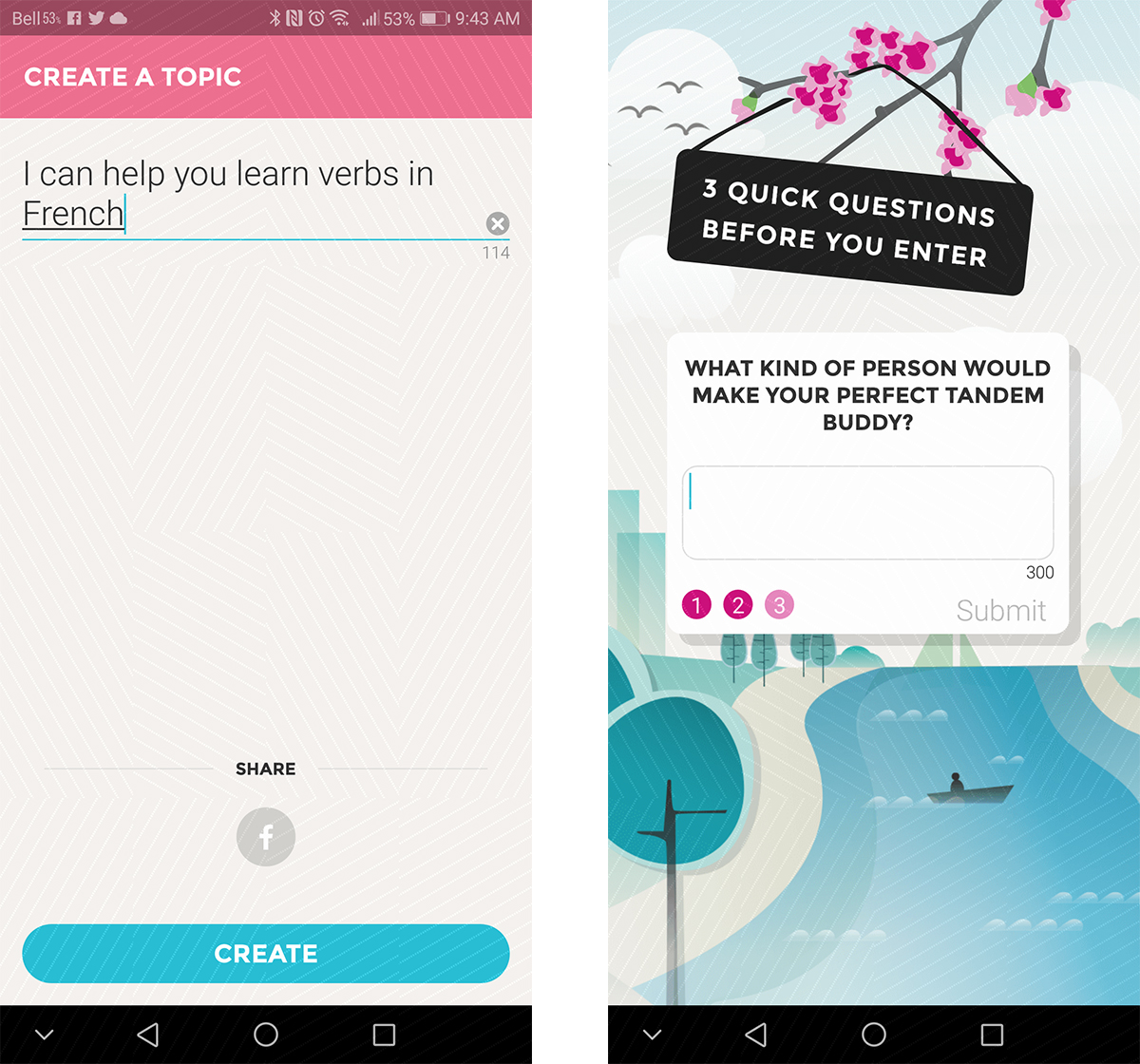 After completing the setup, users can message any one of the other users on Tandem and immediately start a conversation with them to begin learning. Following the Community tab, there’s a Tutor option that allows users to find tutors that charge per hour. Users can set up times with multiple tutors and have a variety of lesson plans laid out. 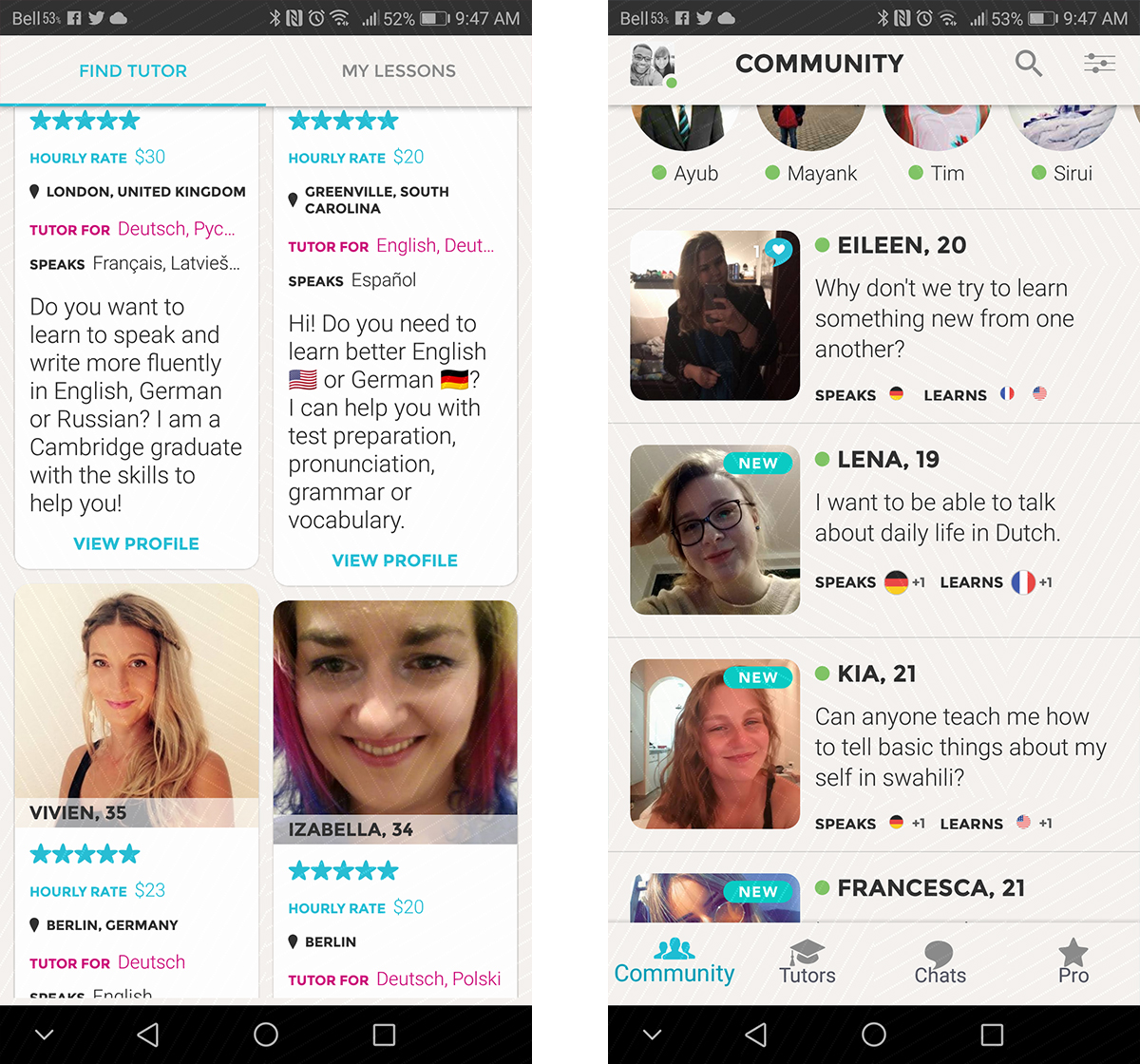 In my experience with Tandem, I immediately began speaking with another user who lived near Munich, Germany, who wanted to learn English. The user was polite and spoke English quite well. Though I wanted to learn German, I felt quite comfortable just speaking English to the man. I tried messaging another user, but unfortunately they were unresponsive.

Tandem is odd in comparison to Duolingo as that app doesn’t require the person to be speaking to another person on the other end.

Many people learn better when learning together and for those who do learn better that way, Tandem is the app for them.

Tandem is free on the Google Play Store and the App Store.