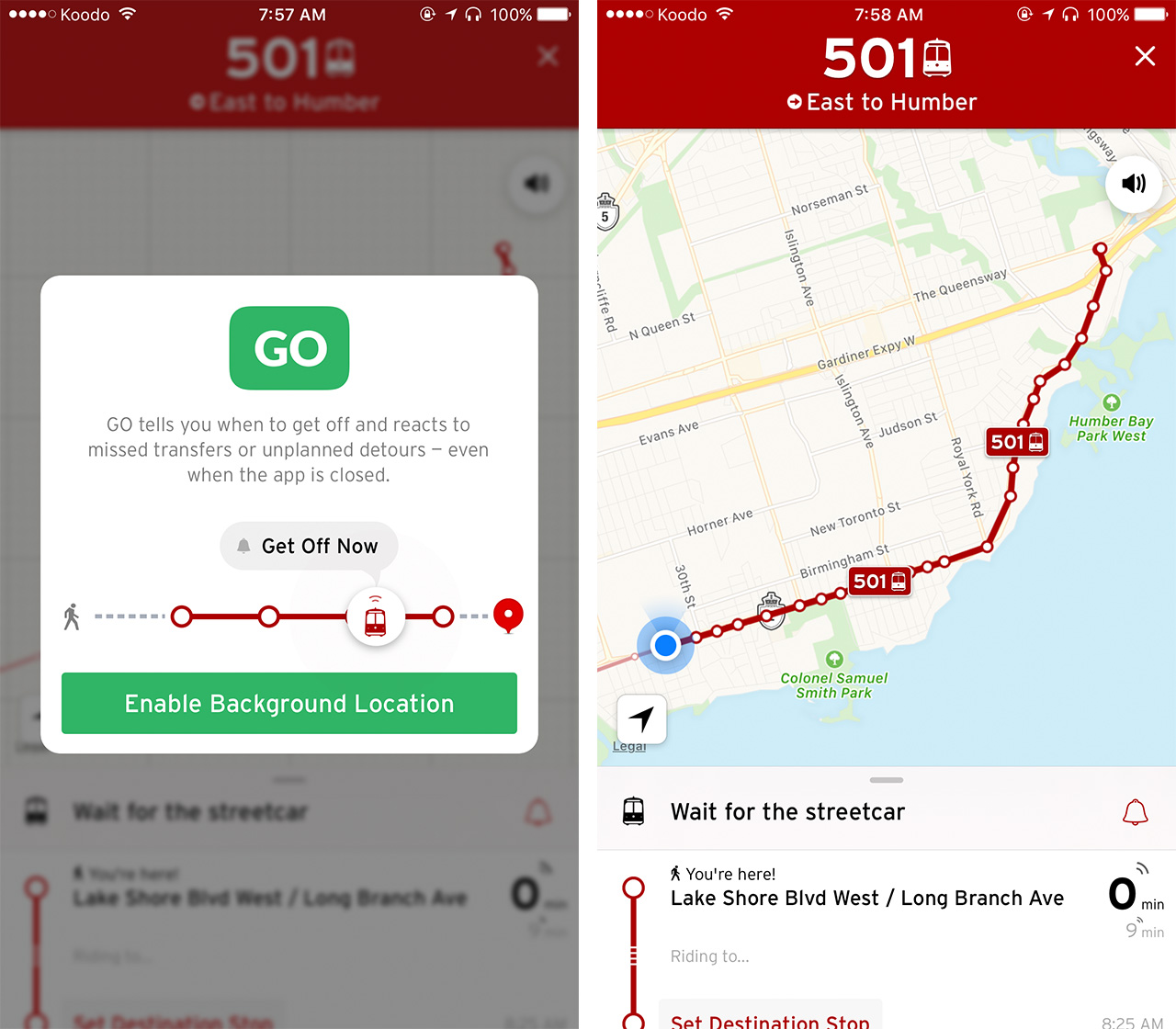 Transit App, the top public transit app on iOS and Android, just got significantly better thanks to a massive update that includes a number of useful new features.

The 4.0 version of Montreal-made Transit App now tracks how fast you’re walking or moving in order to let you know if you’ll make it to your transit stop before the vehicle’s set departure time through a new feature called ‘Go.’ If you’re walking too slow, Transit App will now send you push notifications — either message or voice — encouraging you to pick up the pace in order to arrive on time.

“Improving the commuting experience has been at the heart of our company from the beginning. GO is the next evolution in that quest. It pushes the right information to you at each step of your journey and it will continue to get even smarter over time. We can’t wait to see how our users respond,” said Jake Scion, Transit App’ s COO in a recent statement to MobileSyrup.

Along with telling you how long it’s going to take you to make it to your stop, Transit App now tracks the transit vehicle you’re about to take more accurately by utilizing user data and new live GPS tracking — a feature the developer claims is unique to Transit app — allowing Transit App to tell you exactly when you need to leave your home or work place in order to make it to your stop.

Transit App’s new Go feature will also send you a notification if your route gets detoured and automatically adjust your route if you happen to miss your ride or transfer, acting as your personal public transit system.

Other features include real-time trip data that lets you know exactly when you’re scheduled to arrive at your destination, turning Transit App’s trip planner into a live, constantly updated tool.

Transit App also raised $2.4 million in funding from Accel Partners, Accomplice, Real Ventures and BDC. The app is currently available in 125 cities in more than 9 countries. The developers behind the project claim that everything they’ve built so far was created with less than $1 million in funding.

Transit App is available on iOS and Android.